WandaVision Episode 8: So It Wasn’t Agatha all along?

WandaVision’s Episode 8 is the long-awaited backstory episode. A case study on grief from the lives of Agatha Harkness and Wanda Maximoff.

I am a fan of good tragedies in stories. The narratives about characters that experience great loss, how they cope, and how they continue onward. Truth be told, I’m very familiar with loss. I’ve experienced more death and illness and suicidality than most people, and through therapy and great support, I’ve found something that helps me continue…

Story. Stories like the ones we finally get to understand in this episode of the series. Themes of how to overcome loss, aspirations for control over grief, and more importantly — a message on how to move forward with life. In episode 8 of WandaVision, we see both Agatha Harkness’s tragic backstory, along with Wanda Maximoff’s. That it wasn’t Mephisto or some manipulative powers that be, but rather, that it was Wanda. Her loss and suffering and a desire to craft something more. A coping mechanism built out of pain and desire for connection.

It’s something Marvel has always done a great job of addressing: characters that just want to feel like they have a place in the world. Here’s this week’s breakdown.

What’s Happening In WandaVision: A Recap 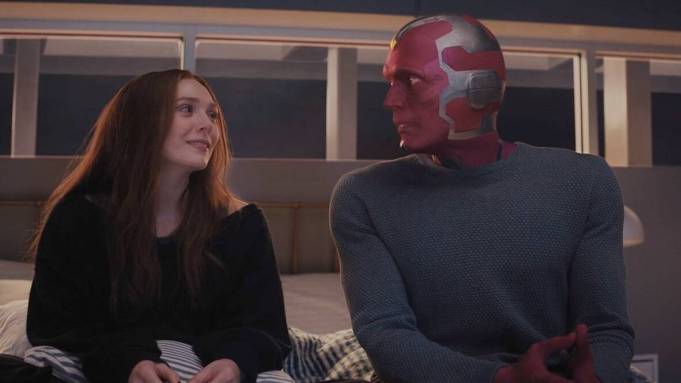 The episode begins with Agatha undergoing her own witch trial. Where a long time ago, Agatha deceived her own coven and stole their forbidden magic, only to be punished by her own coven of witches and mother. Unforgiven and not given a chance to prove that she could be good, Agatha is attacked ber her own people. But when the spell cast by the coven backfires, Agatha absorbed the life forces of those witches who’d attacked her. Her mother being Agatha’s last victim, who adamantly still tried to kill her own daughter down to her dying breath.

In the present, Wanda confronts Agatha and tries to probe her mind, only to soon realize, she’d never been actually able to in reality. Agatha shows Wanda that only a witch who placed runes in an enclosure can cast magic and more importantly, that she knows much about magic and had been playing Wanda this whole time. All while waiting for Wanda to reveal her true self. Agatha wants to know Wanda’s secret: how was she able to conjure all of these high-powered spells? Together they go through a magically manifested door down memory lane.

In Wanda’s childhood, we see her family in Sokovia. A day when her dad brought home DVDs he sold at bootleg. We learn Wanda and Pietro grew up around tv sitcoms, and just when things seemed fine, a bomb detonated and killed Wanda’s parents. A stark industry missile next to tv, it’s obvious Wanda’s trauma is associated with TV sitcoms as a coping mechanism. Unrealizing at the time, she was using a probability hex to keep her and Pietro safe.

Years later, she and her brother joined hydra. During an experiment, Wanda touched the mind stone and the infinity stone affected Wanda’s mind. Showing her a vision of the scarlet witch. An event that amplified her powers. Still following her along the journey Agatha pushed Wanda to go forward. Where she remembered a fond memory with her late husband — a reminder that in Vision’s kindness, she found someone willing to be by her side.

Parents dead, brother dead, and now Vision dead, Wanda approached Sword to request for his body. Learning that no matter what she’d done, nothing would allow them to let him go. Defeated, Wanda goes back to her car only to find a note from Vision along with a deed: a plot of land for a house for her and Vision. In her great grief, Wanda reformatted the world in her vision. Which is all that Agatha needed to see.

Soon after, Agatha holds Wanda’s children hostage. She reveals to Wanda that she’s done nothing but use chaos magic, revealing that Wanda is in fact, The Scarlet Witch. Oh, and in the stringer, the real Vision is resurrected by S.W.O.R.D. and director Hayword who’s proven to be a rather awful person.

What This All Means 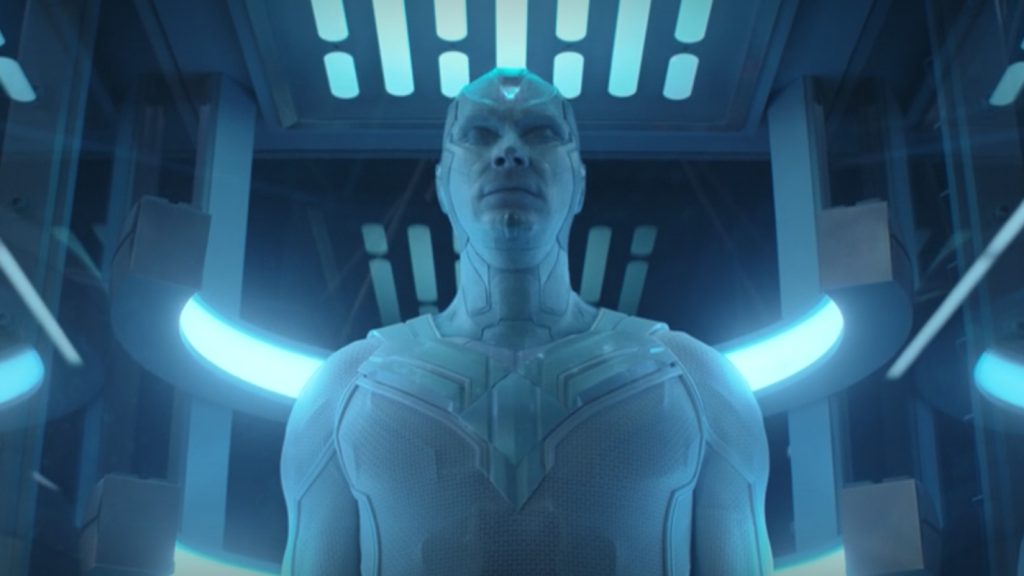 What all of this means we won’t know for certain. Though it makes for a great cliffhanger for the season finale next week. It also confirms that everything we’ve seen is magic, and so will absolutely tie into Doctor Strange’s next movie (given that he’s all about magic).

There are a lot of powers revealed in this episode, all explaining Wanda’s origins and capabilities. More importantly, we get to understand Wanda’s loss a lot better, somewhat confirming a lot of the suspicions we had about how this all came to be (wish-fulfillment) while also giving us the heavy emotional payoffs the series deserves.

Previous article
‘A Discovery of Witches’ Season 2 Episode 8 Review: Marcus Chooses a Path
Next article
Watchmen: Episode 4 Season 1 “If You Don’t Like My Story, Write Your Own” Review