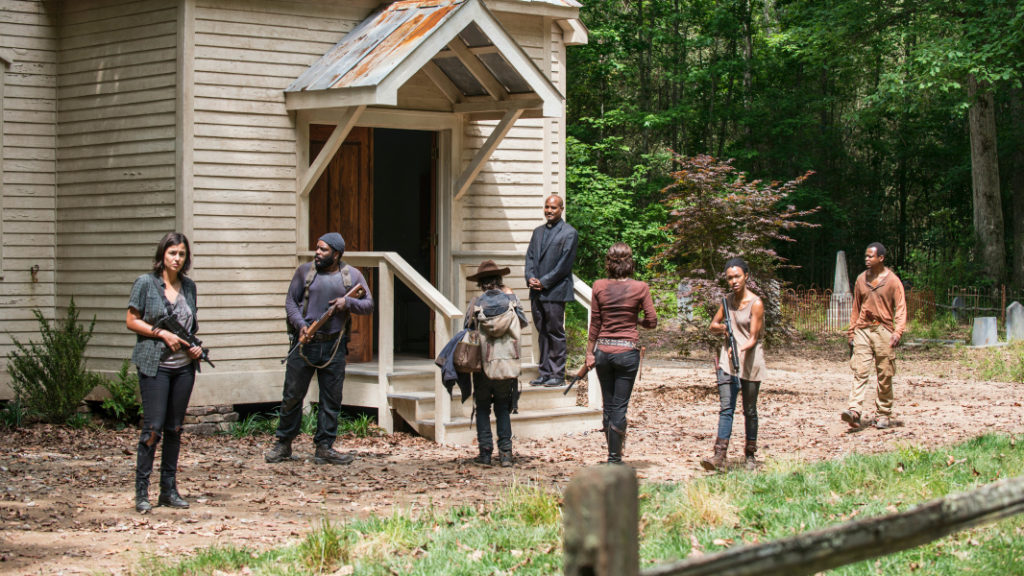 If the season premiere of The Walking Dead was two steps forward for the series, this week’s follow up was one minor step back. There was a lot of air to be cleared between characters now that the group is mostly reunited and finally has some breathing room. Such interactions are necessary, but often handled clumsily and filled with awkward dialogue. Though this is still a common pain point for the series, there’s enough forward momentum and intrigue to carry the episode through its somewhat stilted conversations.

Our survivors are still wandering from the aftermath of Terminus, weary from the hardship and on edge from signs they’re being followed. They eventually come across the timorous Gabriel, a devout priest whose apparent cowardice and pacifism are something of an anomaly to the group. He leads the suspicious party back to his secluded church which serves as a temporary base while they rest and restock their supplies. Abraham focuses on fixing the church’s bus to use as transportation, while others go on scavenging expeditions.

There’s plenty of talking in this episode. Much of it felt obligatory or forced, such as Tara’s lingering guilt about having sided with the Governor, Abraham’s inevitable pitch for escorting Eugene to Washington, or the eternal sunshine of Bob’s optimistic mind. Others, such as Rick and Carol settling any unresolved tension or Carl’s appeal to his father for the courage and confidence to keep helping people, feel more genuine and rewarding.  Daryl’s support of Carol despite her unwillingness to talk about what she’s been through after leaving the prison was a nice example of the more nuanced characterization the show occasionally does well.

After finding three silencers in a mini fridge in a gun store, Glenn teaches Tara the first rule of scavenging: there’s nothing left that isn’t hidden. This theme provides a loose structure on which to hang the show’s many separate conversations. In the most literal sense, there’s the person or people following the group. In a more ham-handed plotline, Gabriel carries a heavy burden from his past that he is unwilling to confess to Rick, despite how glaringly obvious it is that his cowardice probably got some people killed. It’s a thinly veiled mystery that even Rick doesn’t seem to have the patience to explore. 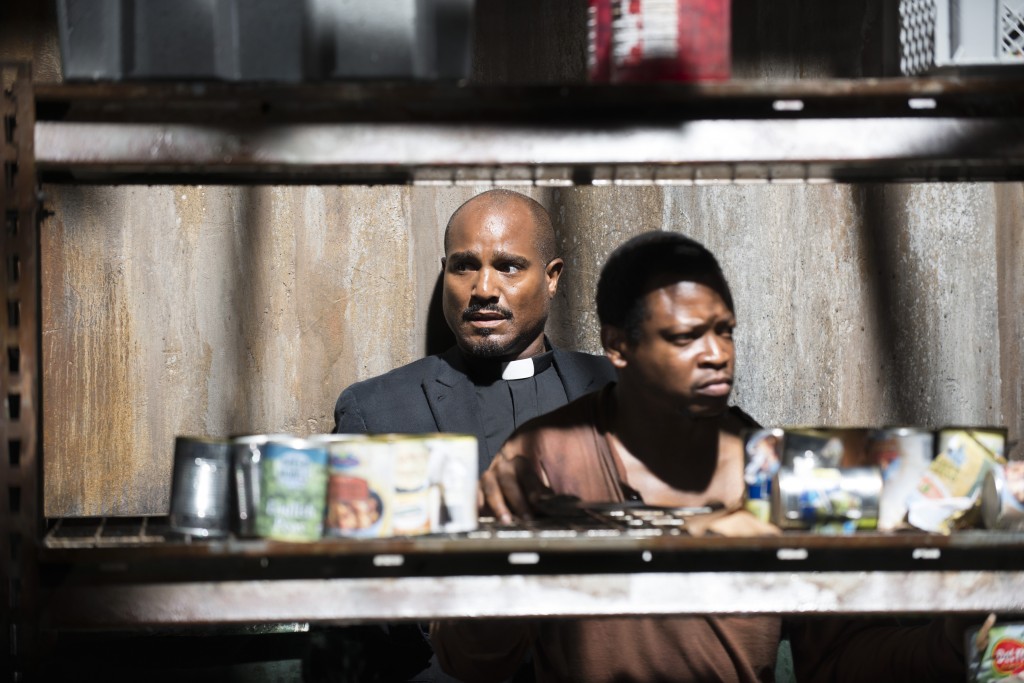 Bob, meanwhile, has a more troubling secret to hide. As the small foraging party reaches the local food bank, they discover a flooded basement full of zombies. Diving into murky, waist-deep water full of zombies is the sort of bad decision that teenagers make in horror movies, and the thought that they went down there willingly really strains credibility. The consequences are hardly surprising: Bob is bitten by a submerged zombie, but he hides the fact from Sasha and the group. As he wanders away from the group to die, he is instead knocked unconscious and dragged away. He awakens to a villain monologue from Gareth and the realization that his leg has been amputated and is being eaten by the other survivors of Terminus.

Once again, it really is nice to see the plot picking up so quickly. Previously, the show would have been content to delay Gareth’s return in favor of lingering on the characters’ various subplots, but the focus appears to be a lot sharper so far this season.  Despite the abundance of dialogue this episode, the sense of forward momentum developed in the second half isn’t really diminished–it’s a solid episode that does a good job setting up what lies ahead.

– Playing a game of “Good out of the Bad” with Bob, Sasha suggests mosquito bites, and I was disappointed that Bob didn’t just quote Ned Flanders (“Mmm mmm, sure are fun to scratch!”).

– The zombie that attacked Bob was beaten down with a big plastic tub, so I half-expected the goofy hollow *thunk* of empty tupperware every time the tub made contact.

– The show really played up Bob’s optimism to the point of caricature, so it’s a relief to see him in a bit of trouble. Not because of the sense of schadenfreude, but because he seems like less of a cartoon this way.

– Glad to see that Daryl hasn’t forgotten about Beth, even though it seems like Maggie might have.

Previous article
‘AGENTS OF SHIELD’ Recap: “A Hen in the Wolf House”
Next article
Reading Isn’t Just For Fun: Prepare Yourself