The major cliffhanger at the end of “Night Finds You” was the invigorating jolt that the slow-burning True Detective needed–the sort of shock that audiences in the post-Game of Thrones landscape are no longer so quick to dismiss. Despite falling back on some fairly standard film noir beats, True Detective has still managed to keep audiences guessing. “Maybe Tomorrow” adds a flurry of new questions even as the season approaches the halfway point with barely an answer in sight. Momentum is building as the mystery deepens and the characters are drawn ever closer together.

Would Nic Pizzolatto really be so bold as to kill off a major character so early in the season? The answer, perhaps somewhat disappointingly, is no. Ray Velcoro wakes up on the floor of Caspere’s sex bungalow in a puddle of his own urine and with little more than a few cracked ribs. Rubber bullets are the new “bulletproof vest reveal” it seems, and Ray’s survival consequently feels a little cheap. Admittedly, his death would have been a difficult obstacle for the writing to overcome, especially given how slowly the things have been coming together as it is. At least we were treated to what may be the best dream sequence on television since Twin Peaks–not many shows can make such great use of a crooning Disco Stu/Conway Twitty impersonator. 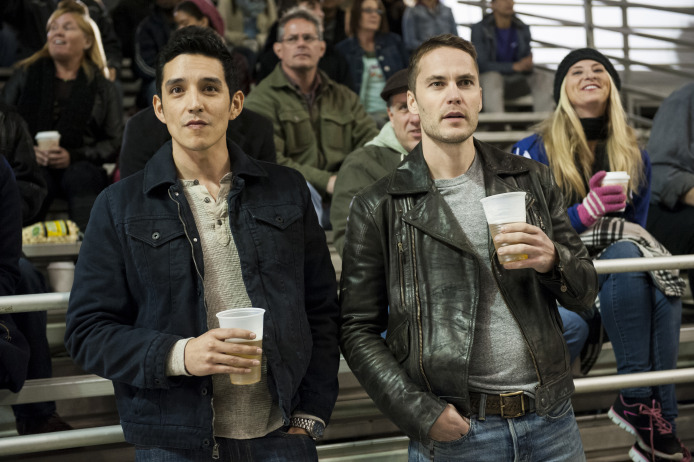 “Maybe Tomorrow” notably offers some important characterization for Paul Woodrugh, who is struggling with more than PTSD. An encounter with an old friend from the army suggests that he’s having difficulty coming to terms with his suppressed homosexuality, a revelation that provides a much more meaningful context for his sullen characterization thus far. He even gets his turn in a “chatting in cars” scene with Ani, where he cracks what might very well be his first smile all season.

It seems like the season has settled into a nice groove; the dialogue and chemistry between the characters feels more natural as they start to warm up to each other (albeit at their own guarded, glacial pace). The humor is also more frequent and feels less forced, relying more on some quick wit and comedic timing rather than any particular punchline. A few minor characters, such as Mayor Chessani’s entire family, are presented almost as caricatures, but others such as Frank Semyon are only getting better–his temper and frustration reveal cracks that allow more of his wit to shine through.

And Frank has a lot to be stressed about. He’s still no closer to finding out who took his money, his Russian investors have withdrawn from the land deal, and he’s having trouble focusing at the fertility clinic. In the episode’s most significant development, however, Frank discovers the body of his associate Stan, with the same burnt out eyes as Caspere. The entire mystery is suddenly reframed as a more personal vendetta against Frank, who doesn’t inform Velcoro but instead falls back into his old ways, rallying his former criminal network and reasserting his dominance when they challenge his authority (fare thee well, “Fuck You” grill).

Like the best crime mysteries, “Maybe Tomorrow” places a lot of emphasis on the balance of information between the various parties and their ulterior motives, even as they occasionally stumble towards a shared goal. The police may never find out about Stan’s murder, Alicia threatens to reveal information about Ray’s past to the state investigators, and Ray’s under increasing pressure to the investigation away from the corrupt officials of Vinci. While it had a slow start, True Detective has since amassed a compelling tangle of mysteries and motives–with the season nearly at the halfway point, it’ll be interesting to see whether any answers will finally get shaken loose.

@theworkprint
Follow
Previous article
Who Made ‘A Series of Unfortunate Events’ Trailer?
Next article
‘Mr. Robot’ Review: Elliot is forced to make a difficult choice