In many ways, “Church in Ruins” feels like the episode that audiences have been waiting for from True Detective’s second season. Nearly all of the elements work well here: the character and emotional moments land effectively, the final set piece is tense and thrilling, and tangible progress has been made on an investigation that has been plagued with cold leads and dead ends. It might be too little too late to make up for the season’s uneven trajectory, but “Church in Ruins” provides a strong push into the show’s final episodes.

Ray confronts Frank for a long overdue conversation about the man responsible for his wife’s rape all those years ago. Ray believes that Frank set him up intentionally to gain leverage over him, and the two stare each other down with one hand on the table and the other on their guns. There’s nothing terribly surprising about how the scene plays out; the dialogue is well-written but laden with typical, cynical musings about Ray’s true nature despite his insistence that he would’ve been different had he not gone down that path (“Of all the lies people tell themselves, I bet that’s the most common,” Frank retorts). Though it was very unlikely that the scene would have escalated into a firefight, both Colin Farrell and Vince Vaughn instill the scene with a genuine intensity. The scene is also punctuated with some unexpected humor, thanks mostly to Vaughn’s excellent delivery of “I’m gonna put my other hand up now… Don’t you fucking shoot me, Raymond.”

True Detective has struggled with its characterization this season, but “Church in Ruins” succeeds in delivering some compelling moments, bolstered in no small part by the strong performances of Vince Vaughn and Rachel McAdams. In perhaps Frank’s best scene to date, he visits the wife of his dead associate Stan, and offers their son some wise words of comfort. It’s an excellent scene that elegantly brings together so much of Frank’s character–his philosophy, compassion, understanding, and his own lack of a father figure compounded with his desire to have a child of his own. Ani, meanwhile, finally infiltrates one of the underground sex parties that have been alluded to the entire season, but finds herself drugged and having to escape with Vera, the missing girl from her other case. It’s a blurry, hazy scene that occasionally flashes back to Ani’s sexual abuse as a child, but McAdams delivers a strong performance that captures her struggles against both the drugs and her traumatic flashbacks, as well as her strength and determination to escape alive. The scene is tense and thrilling as the compromised Ani fights (and stabs, finally) her way out of the party and the two manage to reach the car with Paul (who has stolen a number of contracts from the party) and Ray. 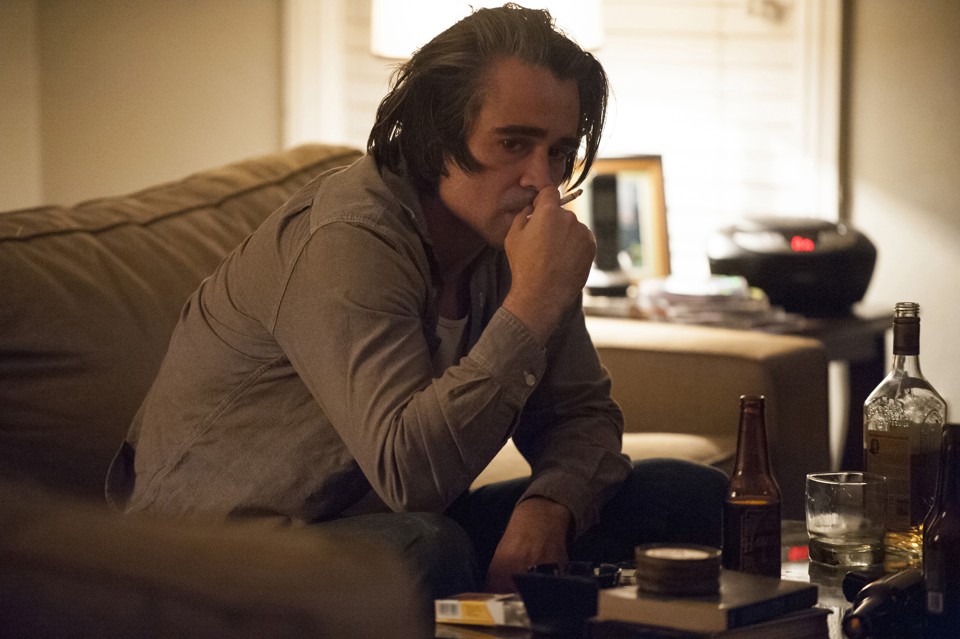 One minor issue of the episode is the largely unnecessary exposition that breaks up the much stronger scenes. As we near the season finale, the floodgates on plot developments are opening, but most of the minor plot points still feel a little disjointed or redundant. For example, state’s attorney Davis makes an appearance to remind everyone that Ani’s working the parties, Paul’s working the diamonds, and Ray is looking for Irina Rulfo in a scene that isn’t terribly informative otherwise. Paul’s investigation of the diamonds leads him from an insurance office to a retired cop’s front porch, while Frank’s own search for Irina has him jumping through hoops and making deals with the Mexican drug dealers who visited Frank’s club. Ray finally tells Frank about Blake’s involvement in the parties with Chessani and Osip, and Frank in turn offers the man who originally tipped Ray to the suspected rapist in exchange for the blackmail-filled hard drive. It feels almost like the show is busy trying to get its own characters up to speed and on the same page.

With only two episodes left in the season, True Detective is picking up steam and the central mystery of the season is rapidly unfolding. Much of the exposition and plotting in “Church in Ruins” could have been more streamlined, but it doesn’t detract too much from the strong character development and tense final set piece.

@theworkprint
Follow
Previous articleTrue Co-op Experience Coming to ‘Halo 5: Guardians’
Next articleA Hangover For the Holidays: ‘The Night Before’ Trailer