Never before has there been an animated series that depicted Filipino mythology this terrifyingly, nor Manilla, this beautifully.

When I think about media depictions of Filipinos in America my mind wanders towards a lot of happy-go-lucky sentiments. 90 Day Fiance memes, Jabbawockeez and America’s Best Dance Crew, Lea Salonga Disney ballads, Ube flavored desserts, and The Good Place’s Jason Mendonza. The last of whom, in my opinion, might be the pinnacle of the Filipino American stereotype.

It’s not to say that these examples are negatively trying to pander, but rather, exemplify how Filipinos in American media are often depicted. A people of sunshine and happiness. Long past the days of when Theodore Roosevelt called us ‘Little Brown Brothers’ or the derogatory slang of ‘Funny Little Island Person’ or F.L.I.P.

It’s a trend that I’ve noticed in the three decades of life in America as a Filipino American. How there is a Darkside to Filipino culture that’s often ignored. The Philippines a country with a long history of systemic issues dating back to pre-Magellan. It extends even to today, with President Rodrigo “The Punisher” Dueterte.

His war on drugs is an issue often overlooked by many Filipinos in media as the acting President has taken the lives of every family member, child, and political opponent conveniently deemed drug abusers. A regime enforced by a tyrannical police force aptly called his own personal death squad — not all too long ago.

The worst part of it is that it worked. But the American media doesn’t like talking about it.

Well, in many ways, Philippine culture has become commercialized. Goods, foods, and identity have become a fetishized and bumbling simplification, ignoring a dark side deep in the roots of Filipino culture. The issue, at least for me, is that in many ways, Filipinos are not taken seriously in this country. More than often, they are depicted as some form of Joy Koy sort of comedic relief. This is why Trese, an animated Netflix series adapted from a beloved Philippine graphic novel, has been such an incredibly refreshing take on Philippine culture.

With a 6-episode, 30-minute runtime, Trese does more for Filipino culture than anything I’ve seen put out about the Philippines of the past decade. The settings are colored landscapes of the actual city of Manila; photographic depictions of home, minus the sweltering humidity along with a bit of the grunge.

Atop of this, the mythos on the show takes much from the mythological creatures of Philippine Folklore. Wayward stories shared even today, about creatures and customs, warnings, and pleasantries. The types of tales passed on for generations. Trese is about as authentically grounded as anything ever made about the Philippines. It may just be one of the best Filipino-content-created series I have ever seen.

You Can Listen To Christian and Nicole Breakdown Just How Authentic Trese Felt In The Latest The Workprint’s TV Talk. Available Here and Wherever Podcasts are Available.

What Is Trese About? 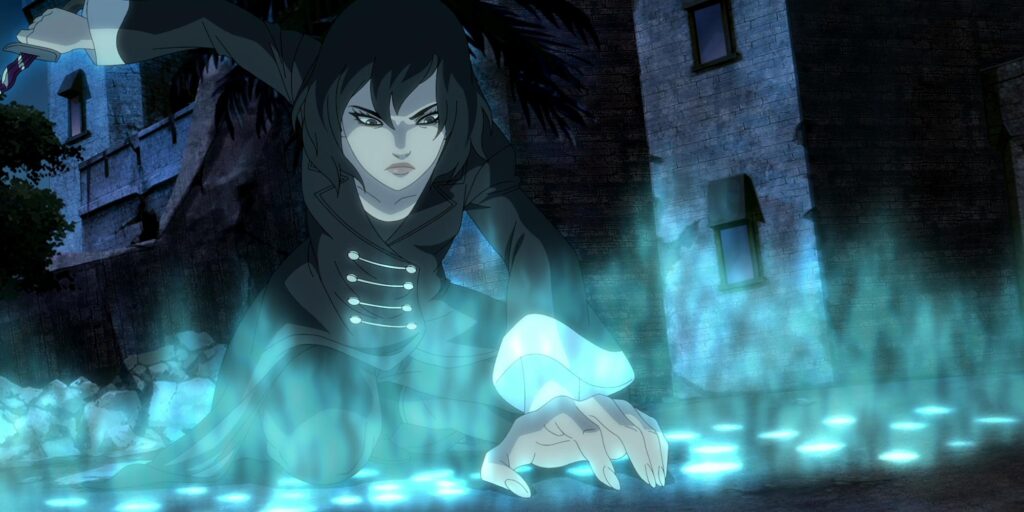 Trese is a gritty story about a woman’s call to destiny. The comic was created by Budjette Tan and Kajo Baldisimo. It follows the journey of Alexandra Trese, a female detective who solves supernatural murder mysteries set in the lore-filled world of Phillipine mythology. A deadly serious protagonist, Alexandra is basically part Buffy The Vampire Slayer and part John Constantine. A deadly combatant tasked with maintaining peace between the human and underworld, who uses a mystical blade, and who conjures up varying magical abilities.

What’s refreshing, is that Alexandra isn’t tied down by some sappy love story. She is assertive and calculating and capable of withstanding challenges using nothing but her skills, but also, her family. Accompanied by her twin brothers, the Kambal demigod twins Crispin and Basilio, Trese’s cast is a cavalcade of characters that offer both support and backstory.

There is Santelmo, a type of fire demon tucked away inside of an old school Nokia cell phone (popular in the Philippines in the 2000s), a troll-like Earth element named Nuno who works as an informant, a bartender/driver named Hank, and Captain Guerrero, who is a good friend of Alexandra’s late father and one of the last uncorrupt police officers there are. Together, these characters help Alexandra as she solves crimes and unravels her own mysterious destiny regarding a prophecy foretold by her father.

Why People May Be Hesitant 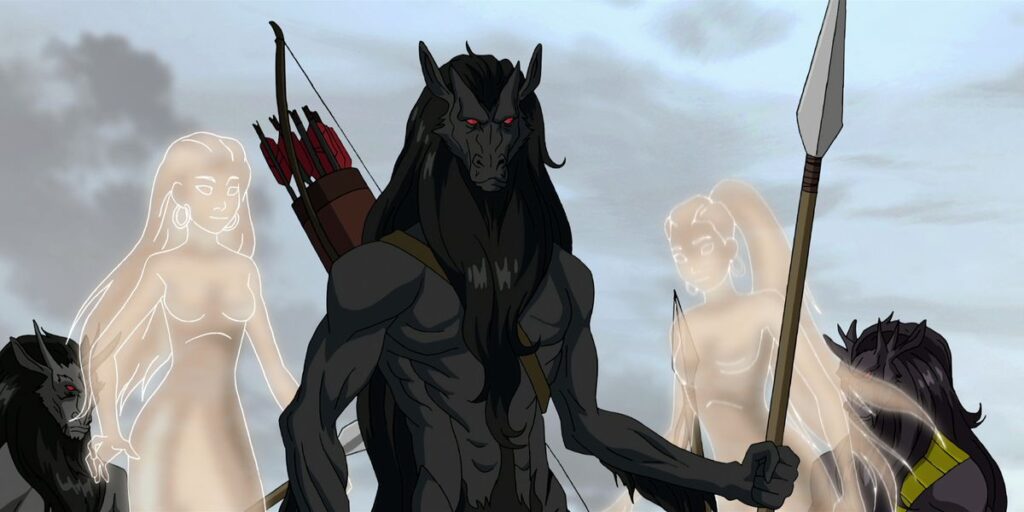 Runtime is definitely a problem for Trese. A short six-episode series forces the story to feel somewhat loaded on both its front and backend. The pilot episode introduces an abundance of Phillipine folklore and backstory. Which, between the many creatures, flashbacks, action sequences, and abilities, made the story feel incredibly bloated upon initiation.

Where the series excels is in its middle four episodes, where each story piecemeals bits of information about the world along with Alexandra’s complicated backstory via flashbacks. It’s in the middle episodes where the series finds its footing by using  a case of the week approach that introduces many popular tales of Phillipine folklore.

Some favorite myths from season one are The White Lady of Balete Drive, The Vampiric Aswang, The Monstrous Baby Tiyanaks, and the hybrid horse people, the Tikbalang — all of whom, have their own cultures and backstories specific to their different Phillipine origins.

It’s a subtle cultural approach to the story that is fitting yet never too in-your-face with the details. There is an incredible attention to geography in the show which depicts a rather accurately portrayed Metro Manila and its surrounding provinces. With beautiful depictions of urban developments such as the transit system, prison, and even the ABS-CBN studio building.

LOOK: The facade of ABS-CBN's ELJ Building glows in red and flashes "Trese" in a promotion of the Netflix anime series. "ABC-ZNN," a TV station in the series, is also installed atop the building. #TreseOnNetflix
📷George Calvelo, ABS-CBN News

Yet, despite the great attention to details, the season finale fizzles somewhat as there are too many details to cover and not enough episodes. It’s a conclusion that’s unfortunately dropped upon the viewer often by long-winded exposition. Still, if there is a Trese Season 2, there are definitely plenty of directions the series can go from here.

But It’s Really The Team Which Stands Out 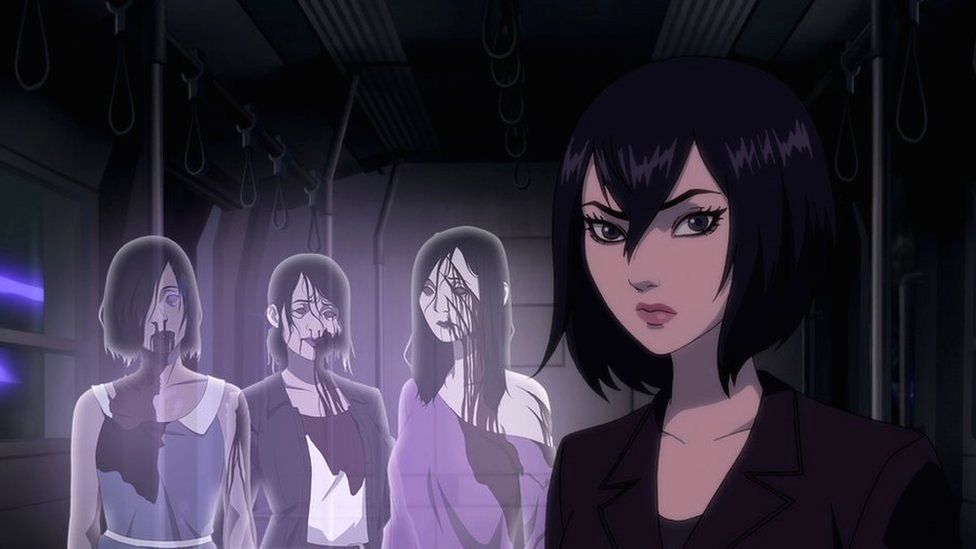 I’ve never seen anything this dedicated to getting Philippine representation this accurate. With actors, Shay Mitchell, Manny Jacinto, Darren Criss, Nicole Scherzinger, and Lou Diamond Phillips — all actors of Filipino ancestry — voicing different characters within the series. The animation is also rather solid thanks to showrunner Jay Olivia of the DC Animated Batman Universe and Legend of Korra acclaim.

But I think most importantly, it’s the writing that hits close to home in Trese. As the series unabashedly looks at Filipino corruption and takes on its own monstrous spin. The series touches on issues such as Mayors who abuse their power, police who sees criminals as nameless fodder people, economic inequality, and even wedlock pregnancy (abortion is a giant Taboo in Filipino culture as it’s the most Catholic country in all of Asia).

These are all hard-hitting topics about Filipino culture that often gets ignored in the media, placed into this beautifully crafted animated story, and grounded within its own Filipino mythos of monsters and magic. Trese does this fantastic job balancing the social issues and violence well; mostly, because it’s actually created by actual Filipinos who knew how to address its cultural roots.

A great series about monster slaying, the Philippines, and its folklore, Trese really highlights Philippine culture — both in its mythos and its approach to the country’s contemporary societal problems to date. The show is unafraid to go there and was created by Filipinos about Filipinos in a fetching retelling about some of our oldest superstitions.