It’s been a weird year, and I’ve spent a lot of time huddled under a blanket, watching soothingly low-stakes comfort TV. Mostly sitcoms where the problem will be resolved in 20 minutes. Or competition reality shows cleverly edited to give you faith in humanity. Here are my top 10 TV comfort watches of 2022, ranked not necessarily by quality, but by how soothing I found them. Since comfort is subjective, I’ll confess it’s a bit of an oddball list… This one’s the lowest on the list not because of quality (in fact, it is most excellent), but because of all the shows on this list, it probably has the most actually consequential plot. But ultimately, it’s a fun little show about lawyer-turned-Hulk Jennifer Walters, who still wants to live her best Millennial 30-something life despite being dragged into superherodom. Witty and clever without the end-of-the-world-type shenanigans the MCU is usually known for, She-Hulk: Attorney at Law is basically a serialized chick flick with gamma rays. Which is exactly what I want out of a comfort watch. 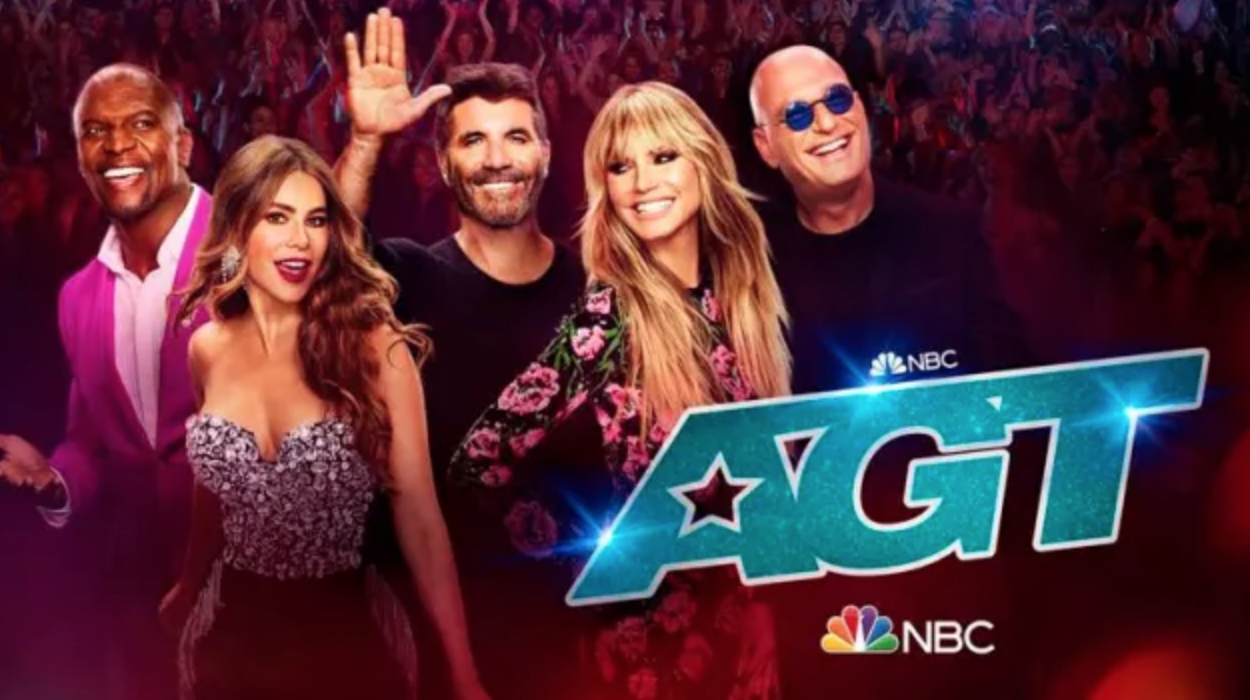 Kudos to AGT for bringing back the old-fashioned vaudeville/variety show in a 21st-century format. The million-dollar prize makes the stakes plenty high for the contestants, but let’s face it, the auditions – where we get to see dozens of acts, many unexpected – is what we come for. And in 2022, the show seemed to really embrace that. Instead of taking a handful of acts through judge cuts and quarter-finals and blah, blah, blah, they gave us eight whole episodes of auditions and then jumped straight to the finals. And, of course, used well-produced interviews and clever editing to up the heart-warmingness of each sob-to-success story. Sometimes, you just want to watch talented people overcome adversity, show off their skills, and cry happy tears while receiving a standing O. Who doesn’t love a workplace comedy where your kooky but improbably likable coworkers are your family? Especially one infused with a perfect blend of nostalgia and underdog status? Blockbuster, ironically produced by Netflix, is about the last Blockbuster store in the world, run by a hopeful-but-hapless manager played by Randall Park with his signature clueless, lovable, dad-ish awkward-goofiness. The show often veers into absurdity, which is part of its charm because, let’s face it, sometimes we just want to leave reality behind. Make it work! Ok, so Tim Gunn doesn’t actually get to say that on Making the Cut. But for those of us who’ve been missing Project Runway, Amazon has fortunately resurrected the classic fashion competition show for the streaming era. Except with a lot less snark from the judges (with a few notable exceptions) and a lot more friendliness between contestants, perhaps as a reflection of contemporary sensibilities. They actually help each other, sometimes even saving each other, instead of making catty comments to the camera. Plus, creative challenges! Pretty clothes! Seeing cool locations! 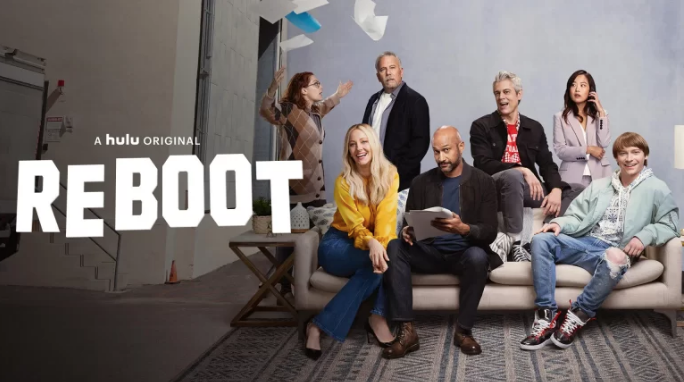 Hey, look! A sitcom about a sitcom! Reboot follows the cast of a 20-year-old family sitcom that has just been, you guessed it, rebooted, with Keegan Michael-Kay and Judy Greer playing an on-screen and off-screen (???) couple. Rachel Bloom plays the beleaguered showrunner whose efforts to turn it into a pretentious art show get upended by her old-school-writer dad (Paul Reisner). It’s a low-stakes behind-the-scenes comedy with a fun cast, whose characters are that funky unlikable-yet-likable type. 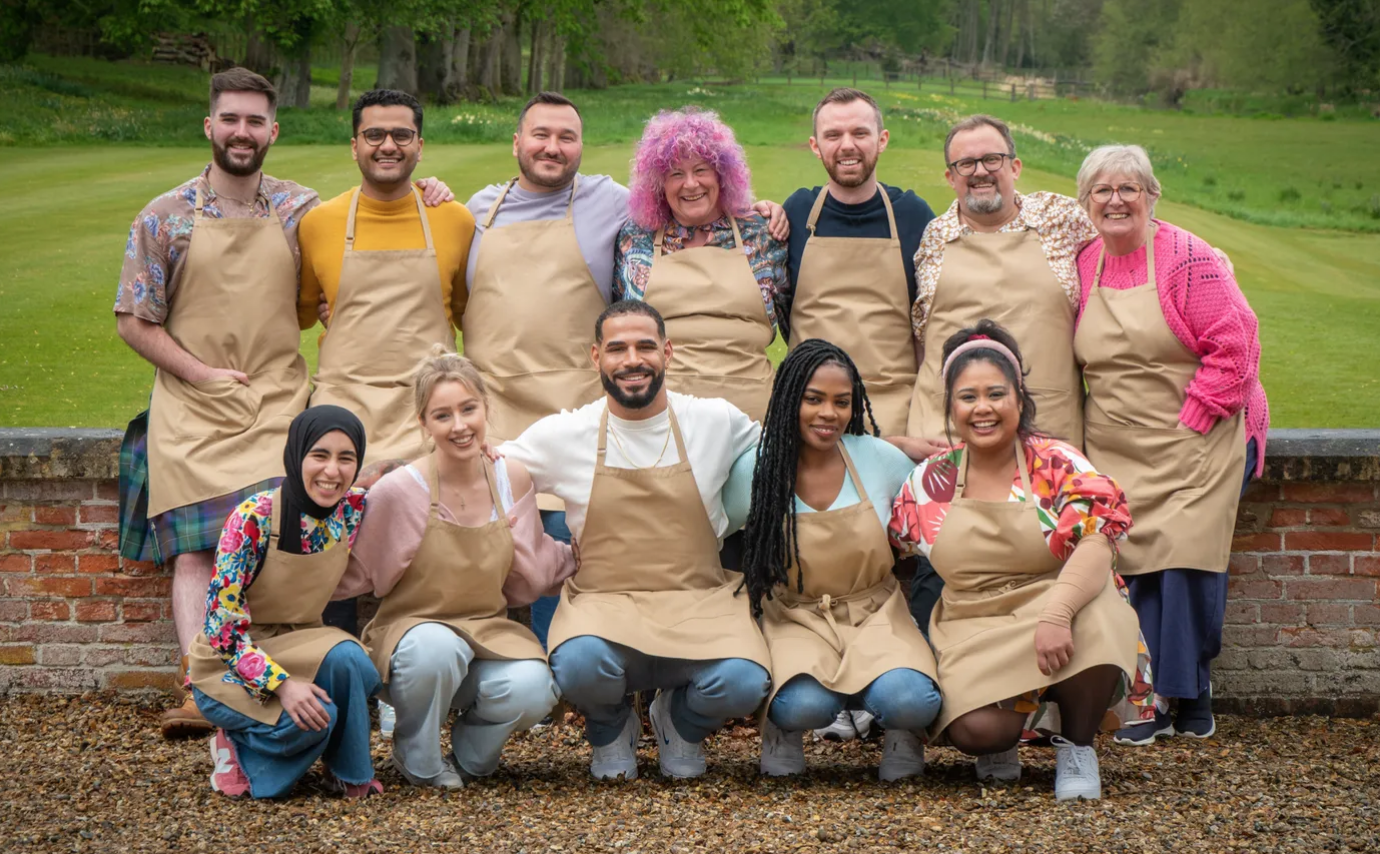 What list of comfort watches could be complete without the epitome of comfort watches, The Great British Baking Show? Look at all these lovely people making pretty baked creations and being nice to each other! And this season’s cast is absolutely wonderful. From creative genius Syabira to lovably cocky Sandro to sweet underdog Abdul… this is one of my favorite casts of the whole show so far. And the reason this show isn’t higher on the list is because of production decisions… namely, a poorly thought-out “Mexican Week” (cringe cringe cringe) and a few mean reality-show shenanigans (Having them make ice cream with freezers that barely freeze? C’mon, that’s not what we’re here for!).

4. Lizzo’s Watch Out for the Big Grrrls 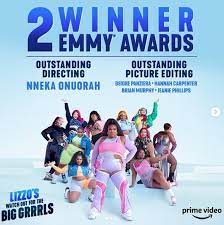 Lizzo is searching for Big Grrrl dancers to join her tour, and it is absolutely delightful to see a reality competition show where the judge wants everyone to succeed. You can tell from the get-go that she wants to say yes to everyone and actively encourages and coaches the contestants along the way. And there are no weekly eliminations… in fact, I have a feeling Lizzo wouldn’t eliminate anyone if she didn’t have to. Plus it’s heartwarming to watch all these super-talented performers get to throw three middle fingers at their detractors and shine on stage. Without a doubt, the best returning sitcom of 2022 is Abbott Elementary, a mockumentary-style workplace comedy about struggling yet passionate public school teachers (plus their hilariously unscrupulous principal). With a dynamite cast, sharp writing, and biting-without-being-preachy social commentary, the show delivers week to week. As far as comfort watches go, it’s a great one. Who doesn’t love watching lovable (if sometimes cantankerous or clueless) underdogs who just want to help kids learn? Of course, their actual circumstances are a bit depressing – if realistic – which is why even though this is the best sitcom, it’s my number three for comfort watching. 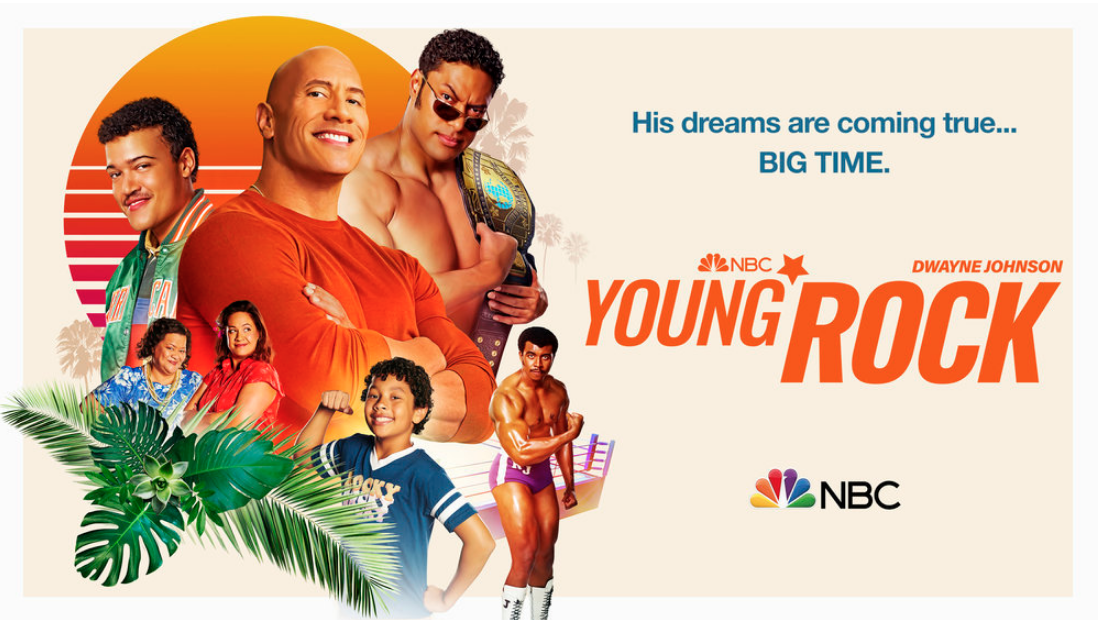 As far as comfort watches go, it doesn’t get much better than Young Rock. Never before has the plot mattered less… its subject is one of the most famous men on the planet, so we know without a shadow of a doubt how everything is going to turn out for him. The framing device leans into absurdity to take the teeth out of anything so much as resembling stakes (in the 2030s, Dwayne “the Rock” Johnson is a political candidate and talks about his childhood and youth to impart lessons for the present). And the nonlinear storytelling – the show jumps between Johnson as a tween, teen, and young adult, played by 3 different (all excellent) actors – lets you know exactly how things will end up even if you aren’t familiar with all of Johnson’s biography. Each episode has a heartwarming, sit-com-y theme about family, friends, dedication, etc. and it’s a total delight. Plus, how fun is it to see all these major wrestling personalities as sitcom cameos? This is 100% the biased choice of a shameless nerd. Star Trek: Lower Decks is a delightful blend of referential Star Trek/geek humor and low-stakes workplace comedy (come to think of it, all the sitcoms on this list are workplace comedies… I guess because the best recent family comedies have pretty much run their courses). Each episode has just enough sci-fi plot to get it going, yet for the most part, the stakes remain low and not edge-of-your-seat because of the support status of the show’s central ship… plus the cartoon absurdity that forbids you from taking it too seriously. And its place in the Star Trek canon means it won’t have any universe-changing consequences that might mess things up for the live-action shows. It’s got the optimism of the original Star Trek, a ridiculous yet lovable cast, and good-natured humor. What’s not to love?