After binging ‘The Witcher’ Netflix series I downloaded ‘The Witcher 3: Wild Hunt’ to learn more about the lore and where the next season will be going. Having now spent 300 hours finishing every single quest in the game (including both DLCs), here are Tips and Tricks that most guides aren’t telling you.

With stellar graphics, well-crafted characters, and a deep branching storyline with heavy in-game choices, ‘The Witcher 3: Wild Hunt’ was a phenomenal game for its time. Paying homage to both folklore and fairies in a grim tale filled to the brim with detail. Taking on a life of its own.

Which, in all this excitement, left several loopholes to exploit in the gameplay. For all the wonderful things The Witcher 3 does right in its design, combat, and story – there was actually quite a bit wrong in terms of its gameplay and in-game economy. This is why many early game guides became a bit obsolete, as tricks such as cow farming or breaking down shells to pearls in the market: no longer work. Strategies in how to kill supposedly late-game bosses (like the cow fiend. Which was added when attempting to patch the cow exploit) at level 1, or even juggle both in-game romances between both Yennefer and Triss (You can only say I Love You to One of Them), have been resolved by the company.

The developer, CD PROJECKT RED, had eventually found most of these loopholes and if not fixed them, then had patched them. If not by eliminating the exploits then by using its own in-game quest patch, as you’ll later learn once you’ve earned a great deal of coin and the ‘tax quest’ appears. But thankfully at this point, the company is more interested in developing ‘Cyberpunk 2077’ and its many, many, editions, rather than continue patching ‘Witcher 3.’  Which means, all the remaining coin exploits, strategies, and techniques left in the game that work, are very likely here to stay this time.

That said, here are some TIPS for those new to the game and who want to perform a perfect run, or just make their lives easier on their first time playing.

FIRST, WHY ECONOMY IS KEY

Weird to admit this but much of this game is just item sorting and seeing what items sell for the best profit. Which is why you need to toss a coin to your Witcher for a reason. The in-game economy requires A LOT of money and doesn’t make it easy to earn on the initial playthrough. The biggest expenses coming down to…

And if you’re like me and most of us who downloaded the game after watching the Netflix series, you’ll likely have also bought the DLC bundle that came with it. So if you’re going for EVERYTHING on your first run, you’re probably looking at a whopping 300,000 coin or more that you’ll need to earn in-game from beginning to end. Depending on how many rare items you salvage/find.

For context: collecting every sunken treasure in Skellige only nets you around 40-50k.  So, you need to earn huge profits to do a single run and hope to unlock everything.

To be blunt, HANSE bases in the Blood and Wine DLC are the best place to farm gear-for-coin. Or, if it’s early/mid game, loot all the ‘?’ chests littered throughout Skellige. With an interactive map of all of Skellige here.

The easiest way to earn is to loot everything and sell it to the right dealer. Most items can be kept to a maximum of 20, with the excess sold on almost everything, minus these select things…

WHAT ITEMS TO KEEP

Again, all of this is meant to construct the Grandmaster Witcher sets late in the game. Armors that are, honestly, absolutely worth it as they’re both overpowered in a fun way and serve as decorative trophies for your home. The Grandmaster sets are so fun that you’re going to want to bring them over to New Game+.

Speaking of New Game+, anything you want to keep/carry over to your new file you can place into your storage chest. Including decorations (paintings, armors, and tiny genitals statue too) and equipment (grandmaster swords/armors).

These are the proven best places to sell items for the most profit as of 2020. After all the patches and final updates.

THE BLOOD AND WINE DLC: 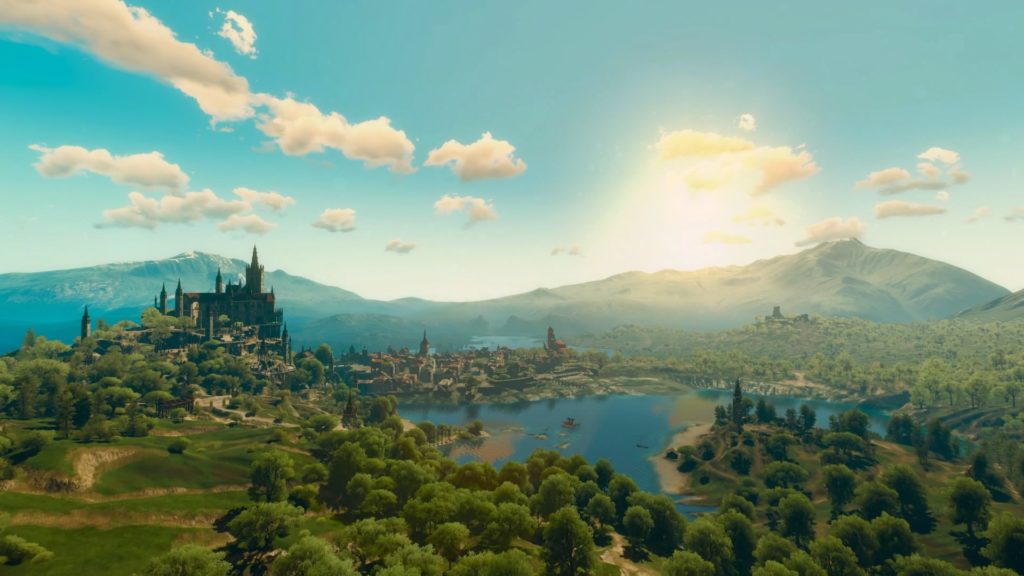 Behold Toussaint. Meant to be experienced as a separate game on its own.

Once you unlock Toussaint you should throw everything you know out the window, as this last DLC is meant to feel like a separate game with over 20 hours of material. You’ll be better off selling everything to the blacksmiths in Toussaint at this point and ignoring the other maps, as you’ll not only find other master-level craftsmen like Hattori, but also a grandmaster craftsman in the heart of the city. 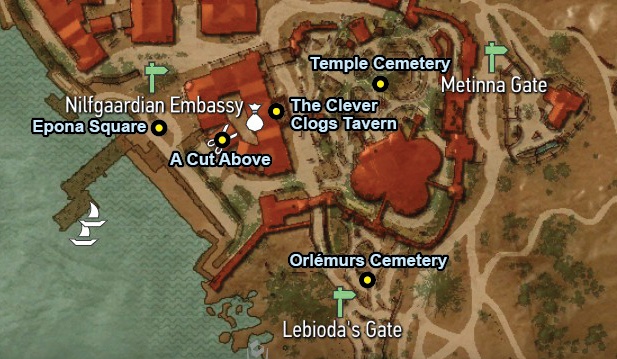 This is the reason I made this walkthrough. There is, as far as I know, only one place to sell items now at full price as most of these locations were fixed through in-game patches. Look for the ‘Clever Clogs Tavern’ in southern Beauclair just past the Nilfgaardian embassy. There, after the ‘Father Knows Worst’ quest in blood and wine DLC, you should be able to unlock Hugo, who buys items for their full price. This includes trophies and crossbow arrows. Making it the best market in the game.

Go there to find every card in the game and every card purchase location. For first-timers on a new playthrough, my suggestion is to build a Northern Realms deck focused on siege and drawing.

Finally, I leave you with some random tricks.

Undoubtedly the greatest sword in-game by a long shot, once you obtain one, you’ll never need another silver sword the rest of the game or proceeding games after. It’s that powerful.

This unique Aerondight (the others don’t have this ability) critical hits like no other blade in the game, has extended reach/length, and can uniquely scale-up in strength along with you as you level up.

You obtain it from the Lady in the Lake after finishing the quest: There Can Only Be One in the ‘Blood and Wine’ DLC. You can also bring it into New Game+ file and use it throughout the entire game.

Have fun with it. ‘The Witcher 3’ was not a game I was expecting to dedicate this much time into but just absolutely fell that in love with, much like the TV series. It’s easy to get lose and lose time in it, which is why I listed a lot of efficient time-saving strategies up above. But, play how you want to play, and enjoy the story. And if you feel cautious or worried about breaking your game or getting the wrong ending, check out the video below in how to accomplish every ending. And I hope these articles dedicated to ‘The Witcher 3: Wild Hunt’ were helpful.

Youtuber ‘xLetalis’ has some great videos on missed things and even a small tutorial above in how to accomplish every ending. I’ve used his videos in coming up with a lot of ideas for this feature.

Previous article
‘The Witcher’ from Netflix TV to Witcher 3: How The Game Expands The Experience
Next article
Kidding Season 2 Recap: Episode 2.09 “The Beaten Path”