‘The Witcher 3: Wild Hunt’ Review: A Near Perfect Journey

Complex. That’s the word that comes to mind after more than 60 hours of Action-RPG, The Witcher 3: Wild Hunt. Complex in the best possible way. The world, characters, and mechanics of The Witcher are dense and layered. However, those that are willing to put in the time are rewarded with an experience that is engrossing and, more importantly, fun.

Having not played the first two games in the series I was expecting to be lost and well to be honest, I was. The main story line is a simple tale of our hero, Geralt, searching for his adopted daughter Ciri, whom he believes is in danger. As a father, the importance of this journey was easily relatable. The confusion came from the many mentions of events past and the deep lore of the Witcher series. However, the mythology of this world is so well-crafted that instead of a turn off, my lack of previous knowledge was actually a hook. I wanted to learn more about the history of this world and the journey of its inhabitants. I found myself reading through book pages or letters left behind and walking up to as many NPCs as possible that would carry a conversation.

It doesn’t hurt that the characters you meet along your search are some of the most fleshed out characters I have ever encountered in a game. Each character feels like an actual person with real problems, wrapped in a fantasy package. Themes like the plight of the impoverished, domestic violence, and prejudice are presented alongside witches, mages, and Barons to great effect. The team at CD Projekt RED have found an inspiring balance between gritty realism and high fantasy with their characters. 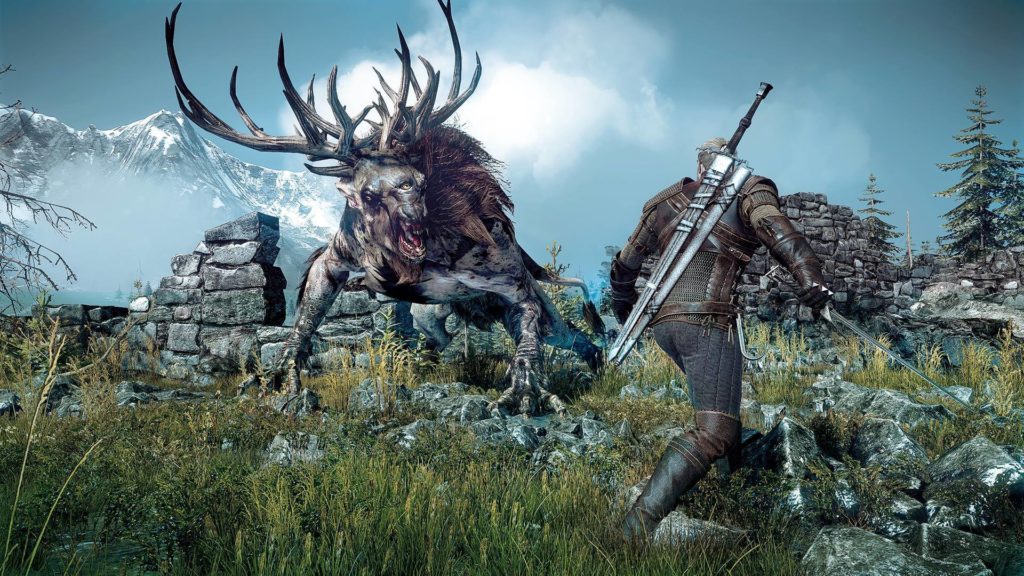 Fantastic dialogue and voice acting bring these individual characters to life. While Geralt himself is monotone and fairly emotionless, the supporting cast is intriguing and their lines are delivered with such passion that I found myself cheering for certain characters while despising others. There were many moments when I would be hanging on the every word of a conversation. This is coming from a man who normally speed reads the subtitles and skips the animations.

As an open world RPG, I anticipated a level of choice during the dialogues and was not disappointed. While Geralt is very much a creation of someone else’s imagination, the nuances of his character were shaped by me. Some characters were treated to “Kind Geralt,” who only wanted to help because it was the right thing to do. Others met what I like to call “Hungry Rob” Geralt, a cranky, angry man who expected to be paid in full or he’d introduced you to his blade. What I didn’t expect were my choices having an impact on the world.

One such choice happened early in the game. I could either destroy a “being” or free its soul. I didn’t trust those that sent me on this task, so I chose freedom. The ramifications of my choice were such that my self-doubt lingered, affecting every choice I made from there on out. Suddenly, I was weighing all of the possible outcomes, only to find myself trying to justify that I had chosen the lesser of two evils. Rarely does a game make you feel this invested.

Aiding its ability to draw you in, is the art design. I’m going to just come out and say it. The Witcher 3 sure is a looker. The detail in the environments results in a world that feels lived in and alive. Towns are populated and busy, with stories or arguments being heard at every corner. Open areas are occupied by wolves, griffins, water hags and other creatures of lore. Every inch of the map is inviting you to come explore and discover what it has hidden away behind its gorgeous hills and hideous (in a good way) swamps. It sets the bar for visuals in this still young generation of console gaming. 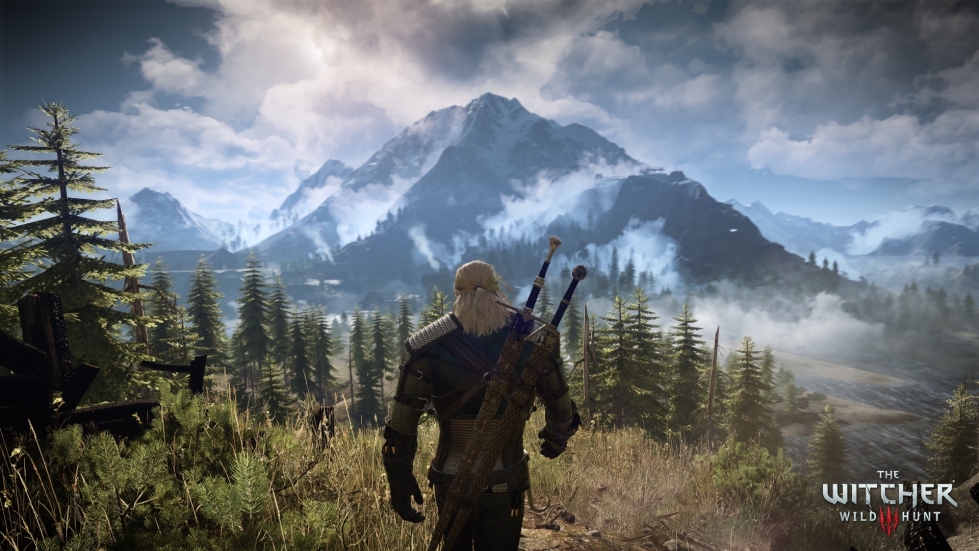 However, pretty graphics and great characters are nothing if a game isn’t fun to play. Luckily gameplay is handled with the same prowess and care as the other elements of the game. With a deadline to meet and a game of this size (easily 200 hours to see everything), my focus was on the main story missions. While progressing the story, these missions also reward you with the most experience which is used to level up Geralt and, in turn, his skills. That’s not to say I kept completely away from the side quests. In fact, unlike most open world games, I found the side missions to be equally, if not more, engaging than the main plot. At no point during my time with The Witcher 3 did I feel as though a mission was tedious or pointless, which is unheard of in games of this size.

Many of these missions involved hunting a creature down and slaying it. As a “witcher,” and monster hunter by trade, Geralt is skilled in combat and light magic, known as signs. The aforementioned skills revolve around these two disciplines. Experience points can be spent on increasing Geralt’s ability with a sword or the strength of the signs. Finding a balance between the two is the key to success in combat, whether against bandits or beasts.

Points may also be spent in increasing Geralt’s less direct abilities. His persuasion over other characters during dialogue. His crafting or alchemy skills. His base health level. All of these can be improved and with no level cap in the Witcher 3, all abilities are achievable. The idea of obtaining the experience necessary to reach such a feat is unnerving but it also results in a goal that one can continually strive for. 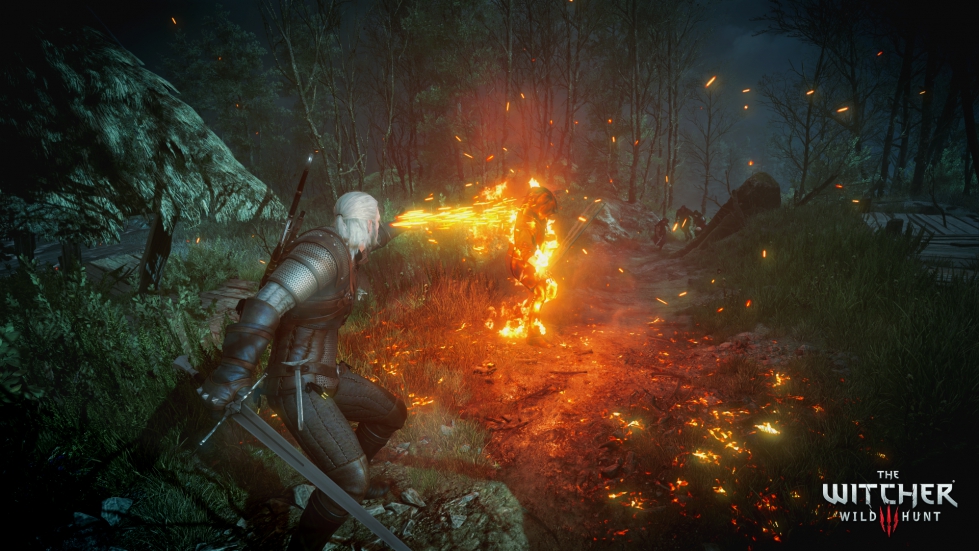 The only thing tampering the enthusiasm I have for The Witcher 3 is that it has some technical issues. Playing on the Xbox One, the frame rate can be a bit janky. A patch since release has helped this issue by locking the frame rate at 30fps but it still doesn’t run perfectly smooth. Load times between deaths are also painfully long, with some lasting up to a minute. There are also some irritating issues with movement and selection. Often times I would run up to an item or doorway and fumble trying to select it because Geralt was not perfectly lined up with it. In the grand scheme of things, these are minor annoyances but it does take away from an otherwise fantastic experience.

Technical issues aside, the team at CD Projekt RED have created a game that is constantly gnawing at my conscious, begging me to play. With satisfying combat, rewarding missions and memorable characters, The Witcher 3: Wild Hunt is one of, if not the, best game I’ve played this generation. Even if you have not played the first two games of the series, I highly recommend picking this one up.

The Witcher 3: Wild Hunt is available on the Xbox One, Playstation 4 and PC.