This week on #TheWhitePrincess: Henry’s first English tour doesn’t go well and his mother imprisons everyone.

Spoilers through The White Princess episode two: “Hearts and Minds.”

After only two episodes, I am absolutely smitten with The White Princess. Last week, Elizabeth of York came across as naive and a bit selfish, but after her face off with Henry in his bedroom where she took command of the rape, she has become a changed woman. And I love it. Elizabeth continues that clever streak in “Hearts and Minds.” Where everyone around her continues to fail, Elizabeth sees the true nature of the crown and wins more flies with honey, including the admiration of King Henry.

Because Henry is still a new monarch, it is his duty to tour the English lands and show the people his face, thereby winning the hearts and minds of those he hopes won’t rebel against his rule. After some failed scheming by Elizabeth of Woodville, the king’s mother manages to convince Henry to lock up both York women while they carry out his Progress. Why Henry would dare traverse York lands without a York wife or mother-in-law is beyond me, but Henry is confident in the people’s love for him, so off he goes without a worry. Of course, he’s not worried because his mother has lied and hidden every problem along the way in a misguided attempt at protecting him.

Naturally, Henry learns the truth of the world: England suffers from the “Sweat” and there are still many loyal Yorkists in the realm who would gladly try to have him killed. The people clamor that the sickness is a sign from God, that Henry’s rule will lead them to ruin, so they rise against him, attempt to assassinate him, and throw their support behind Edward Plantagenent, Lizzie’s young and simple cousin. Henry doesn’t take that sitting down and immediately orders “Teddy” to be put in the Tower of London. Maggie, Teddy’s older sister, cries out to Lizzie, “You know what they do to York boys in the Tower!”

I have to admit, it’s a moment that chokes me up. Maggie is a girl who has lost her family. She’s an older sister with no prospects and her entire job is to protect her brother, to keep him safe in a world where they are seen as a threat. Unlike other characters in her situation, Maggie doesn’t seek to manipulate Teddy for her own gain. She does what she must because she loves him and in war-torn England, that’s a rare trait. Unfortunately for Maggie, even Lizzie cannot get Teddy released from the Tower.

Back in Westminster, Elizabeth Woodville still manages to work her magic (literally) even while imprisoned. She secures the alliance with Frances Lovell and concocts a small uprising, all from the comfort of her locked bedroom. AND WHILE USING HER OWN BLOOD TO WRITE A LETTER. Don’t mess with Mama Elizabeth, y’all. 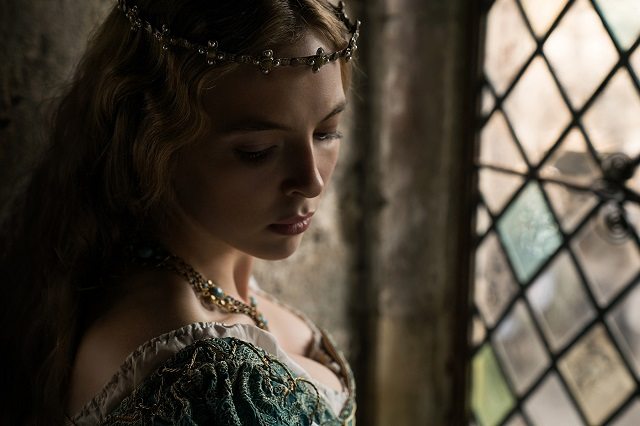 Lizzie, meanwhile, not one to sit around, learns of the sickness from Henry’s letter and immediately does something about it. She commands the trust of the treasury guards and gives out food, physicians, and money to the people of London so that they might survive the onslaught of the disease. She even threatens the Bishop to harm herself and her baby should he not take her to her mother. Lizzie is a spunky one and every time another horror looks at her in disgust, an angel gets their wings. Lizzie’s fiery spirit ends up working in her favor and earns her the respect of even Henry. Lizzie tells him:

Lizzie: “You reap what you sow, Henry. You rule with fear and you will only get dissent and hatred in return. You take before a man will give and you will never win him. No matter what he may pretend. ”

In the end, Henry is pitted between Lizzie’s words and his mother’s fear of losing him. It’s up to him to choose whose advice he should heed in the coming months.

Upon watching the first episode of The White Princess, I assumed that Lizzie relied almost entirely on her mother for advice. It was her mother, after all, who rose from nothing to become the Queen of England. Who better to learn from? However, as we saw in “Hearts and Minds”, there is a stark difference between how mother and daughter view the world. Lizzie still has hope for Henry and the people of England. She cares for them as she would her family and knows that the best way to win a war is when the opposing side doesn’t know they’re fighting. Elizabeth, however, has spent the majority of the past thirty years fighting battles, maneuvering political dealings, and looking on helpless as those she loves dies. She’s embittered by the truth of war and the sadness it brings. In her mind, if she can save the many by killing the one (Henry), she’ll gladly do it. Age has not brought Elizabeth patience and it’s one of many battles that Lizzie will have to face as she tries to become the Queen herself.

That doesn’t mean to say either side is right or wrong. Of course in dealing with Henry, Lizzie’s plan may prove most fruitful, but Elizabeth’s experience tells her that she is right. It’s a comparison that I’m eager to see play out more fully on screen, this battle between youthful innocence and harshly-earned wisdom. And the fact that it’s between two women makes it all the more exciting. 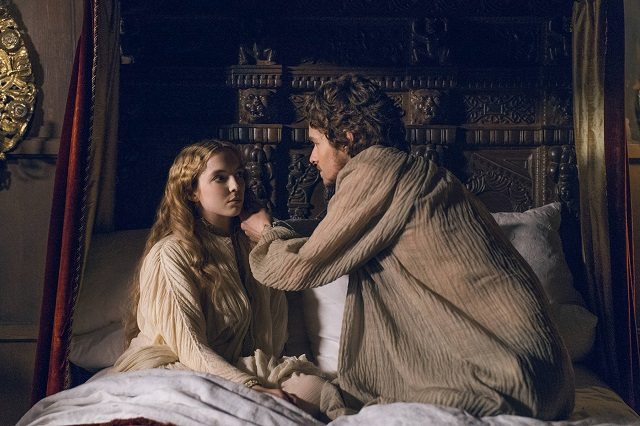 I’m still giddy over the role of women in The White Princess. Even though a man is king of England, the final power struggle of the episode comes down to the two women in his life: his mother and his wife. Every scene is controlled by the women who populate this series and the men are simply pawns in their political games. How fascinating it is to see the tides turn.

The opening sequence and the music for The White Princess are absolutely fantastic. Starz doesn’t hold back in either department.

I had no idea who Jodie Comer or Jacob Collins-Levy were prior to the series, but both are absolutely owning their roles.

If there’s one problem with The White Princess, it’s with Cecily. Not because she’s a traitor to her sister or jealous. All of that is understandable and in a way, expected. However, her character feels a bit too on-the-nose, so it makes every sleight and betrayal that much more irksome. Of COURSE she has dealings with the king’s mother. How have none of the Yorks realized her betrayal yet? Why are they so blind to her glares and frustrations? I love a good villain, especially a misguided one like Cecily, but she needs to pull back a bit.

I still cannot help but compare The White Princess to Game of Thrones. I know the connection between the two stories is intentional, but having Michelle Fairley cast as Margaret Beaufort is a delight. She’s a nice mix between a manipulative Cersei trying to control Joffrey and Catelyn Stark trying to control Robb. Unfortunately for Margaret, (Game of Thrones Spoilers) both of those mothers lost their sons. Not a good spot to be in for Michelle Fairley, is it?

The White Princess airs Sundays on Starz at 8pm EST.

Previous article
‘Tanked’ recap: ‘The Tank of Jericho’
Next article
‘Supergirl’: “Ace Reporter” Gave Us Ample Evidence in The Case For Supercorp