Harlem and The Music of ‘Luke Cage’

Among the variety of characters that populate Luke Cage, music, especially hip-hop, stars as its own protagonist, with its lyrics shining a light on the various people who make up the world. Being based in New York City, especially Harlem, means that music is a part of the everlasting spirit of the environment and the creator, Cheo Hodari Coker, makes it his mission to showcase this. The title of each episode is ripped straight from the albums of famed hip-hop group Gang Starr and one of the leaders of the Golden Age of Hip-Hop, A Tribe Called Quest member, Ali Shaheed Muhammad, assists in the foundation of the sound of the series, being enlisted as a music supervisor.

Some of the golden moments within the 13-episode series are segments that focus on various musicians performing at the antagonist, Cottonmouth’s nightclub, Harlem’s Paradise. Being that his passion is music, he recruits various artists to perform, helping to illustrate the importance of Harlem culture and nightlife, outside of the historic foundation of the Harlem Renaissance and jazz. These artists include Raphael Saadiq, Faith Evans, The Delfonics, Charles Bradley, Jidenna and Sharon Jones & The Dap-Kings, all musicians that bridge the gap between the old-school and the new, providing a fresh look at a series reminiscent of New York Undercover. It would be wise for other shows to follow suit and not just leave it to more music-oriented series like Empire to connect audiences with modern day music. 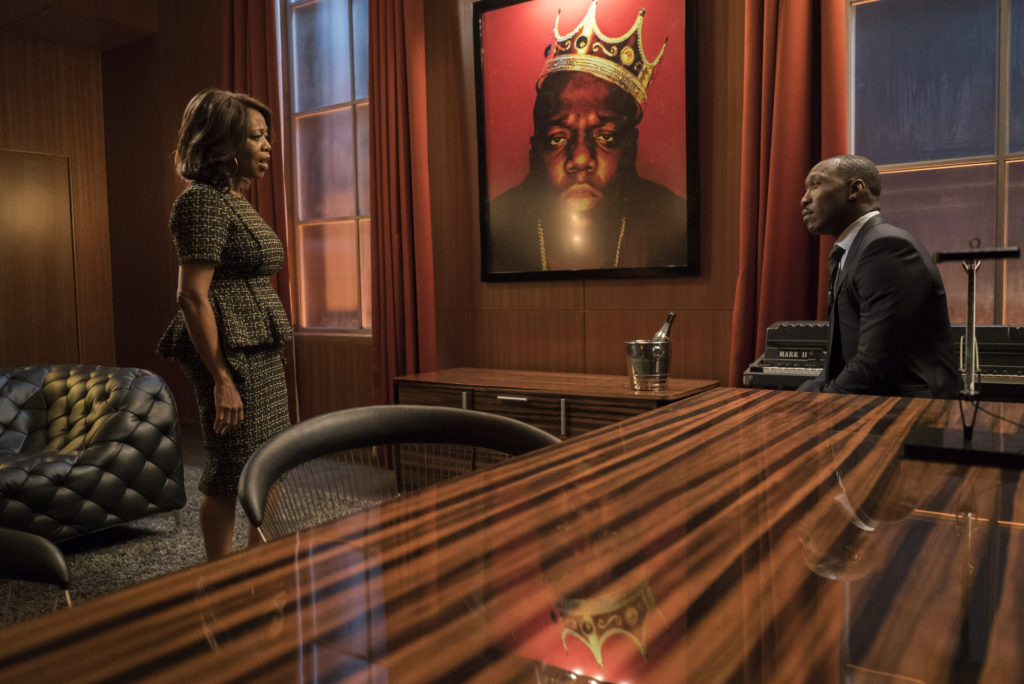 The character of music can also be used as a tactic for defining characters and their motivations. The use of a painting of The Notorious B.I.G. on Cottonmouth’s wall during the first episode provides a sense of intimidation to an antagonist that is later not as menacing as he is first portrayed. For Luke Cage himself, the appearance of Method Man serves as an indication of truth and a recognition of what the Harlem neighborhood status he has as opposed to the media’s critique of him.

“Bulletproof Love,” the Method Man freestyle that is actually pulled from the ‘Luke Cage’ soundtrack, serves as the theme song for the character and a way for the slant to change from Cage being looked as a menace to a trusted hero of the people. Radio is integral to New York City with some of the most popular DJs, such as Funkmaster Flex and Sway (who makes an appearance as the platform for the freestyle), recognized as icons of the city for their connections to the culture and sound. These DJs make hip-hop thrive and push its relevance forward and without acknowledging their importance, Luke Cage would be less than authentic.

That authenticity emanates through Method Man’s lyrics on “Bulletproof Love,” speaking of the realities of Harlem life while also detailing the storyline of the show, connecting the fictional world of Cage with the actual way of life for those who live in Harlem each day. The persecution that Harlemites feel constantly, as members of the Black or Latino community, is identical to the persecution that Luke Cage deals with – constantly on the run, avoiding police officers, being afraid of being looked at as a criminal just because of the color of his skin and how dangerous he is perceived to be. It plays on the same narrative Marvel used for X-Men and how they were united with minorities and the LGBT community due to their commonalities in being ostracized. 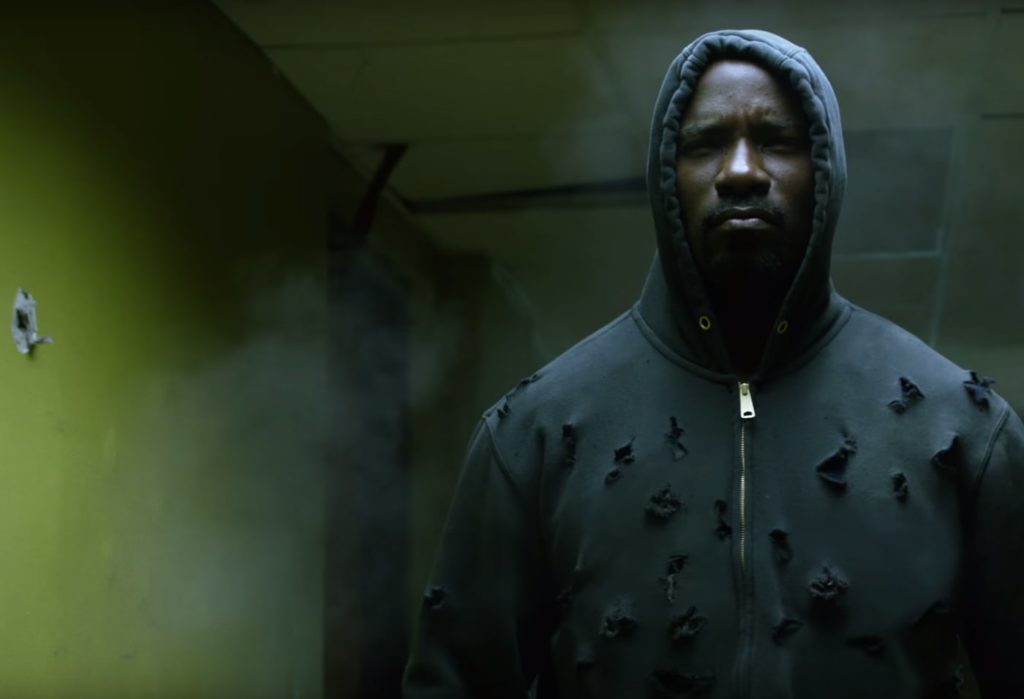 That “bulletproof love” is that constant acknowledgment that throughout the injustice and heavy misrepresentation of Black people, our commitment to loving one another and the undying unity is resilient. No matter if Luke Cage is a superhero or just a common man, he is still loved and accepted by his people. For his community, Cage represents strength in the face of adversity and a response to the senseless murders of young men and women such as Trayvon Martin (note the lack of a classic costume, in favor of the hoodie), Korryn Gains and Deeniquia Dodds.

Harlem, in reality, and fiction, is a classic Black epicenter for freedom and expression within the community and the music serves as just a resource to assert those ideals. One of the strongest reflectors in the series was Cottonmouth’s talents as a pianist and how if given the opportunity, he could have been a totally different person and went to Juilliard. His gateway to freedom and the actual power that he fought for was actually in playing the piano and expressing his fears and vulnerabilities through the music he played. Suppressing that expression led to his progression into darkness. There was a heaviness in the feeling that all of his tactics of intimidation and violence amongst his community was just a fight for power to compensate for what he lost in killing the people that cared most about him.

The details matter and Coker acknowledges this in every scene from the name-dropping of A$AP Rocky and Big L, both strong representations of the hip-hop scene in Harlem, to Mariah Dillard’s (Alfre Woodard) recognition of the importance of residential areas where famous jazz musicians and Harlem Renaissance figureheads lived, showing the livelihood and vitality of the neighborhood.

Coker understands that without hip-hop, there is no Harlem and without Harlem, there is no Luke Cage. Each is in play with one another and is a hero to each other, helping to fight against the systems that work against it.