‘The Scorch Trials’ Review: Dystopian Fun But Nothing New

Based on the second novel in The Maze Runner series by James Dashner, The Scorch Trials picks up where the first film ended with the surviving Gladers being rescued and taken to a supposed rebel facility. Thomas (Dylan O’Brien) and his friends meet other kids who were also liberated from their own mazes and that eventually they were all going sent to a safe haven to begin a “new life.”

At first all seems well as they are given showers, new clothes, and hot food but Teresa (Kaya Scodelario) has been separated from the group and Thomas begins to wonder if something else is going on. Soon he discovers that the facility’s director, Janson (Game of Thrones’ Aidan Gillen), is not really whom he claims to be and the squad must run for their lives again. Taking their chances in the outside world of the Scorch, the teens must somehow survive the harsh desert conditions, the flesh eating Cranks (humans infected with a disease called the Flare, but just think zombies), and avoid the evil scientists and goons from the World in Catastrophe: Killzone Experiment Department (WCKD) tracking them down. 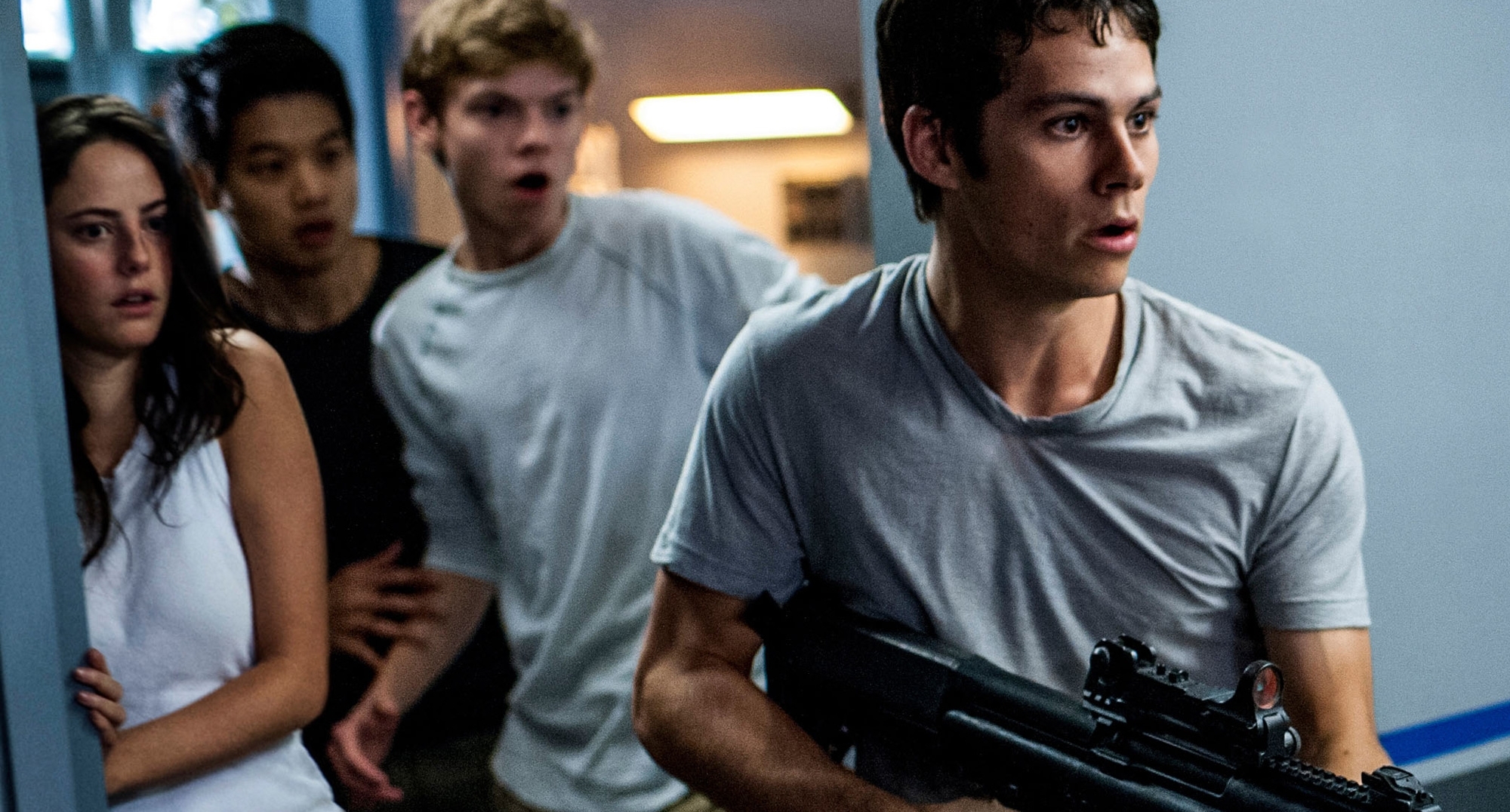 It’s an action-packed adventure as the Gladers believe that they are finally safe after leaving the maze, only to discover that the real world is a much harsher place with little hope left. While the movie brought some genuine thrill as Thomas and his friends escape one dangerous situation to the next, the frantic pace made it a little difficult to get heavily invested in the plot. Don’t get me wrong, you do feel bad for the protagonists who can’t seem to catch a break as they’ve become highly coveted science experiments, but with shows like The Walking Dead and Z Nation and films like The Hunger Games and the Divergent series, having an apocalyptic world is nothing new. We know that there’s some global catastrophic event that drastically changed life as we know it and there’s a villain justifying his/her actions for the greater good.

In this instance the main antagonist the head of WCKD, Dr. Ava Paige (Patricia Clarkson). Clarkson does a decent job portraying a scientist who has lost touch with her own humanity in the need to find an elusive cure for the Flare at any cost.

During The Maze Runner, our hero Thomas was forging relationships with his fellow Gladers, but now as the leader of their little group he is the voice of both hope and skepticism in their journey of survival. While the character doesn’t undergo significant development until the very end of the film, Thomas is likable and in some moments relatable as he navigates his way through various challenging scenarios. O’Brien plays the role of the loyal and determined youth trying to protect his friends well. He is most known for his role as Stiles Stilinski on MTV’s Teen Wolf and will next appear in the film Deepwater Horizon with Mark Wahlberg. 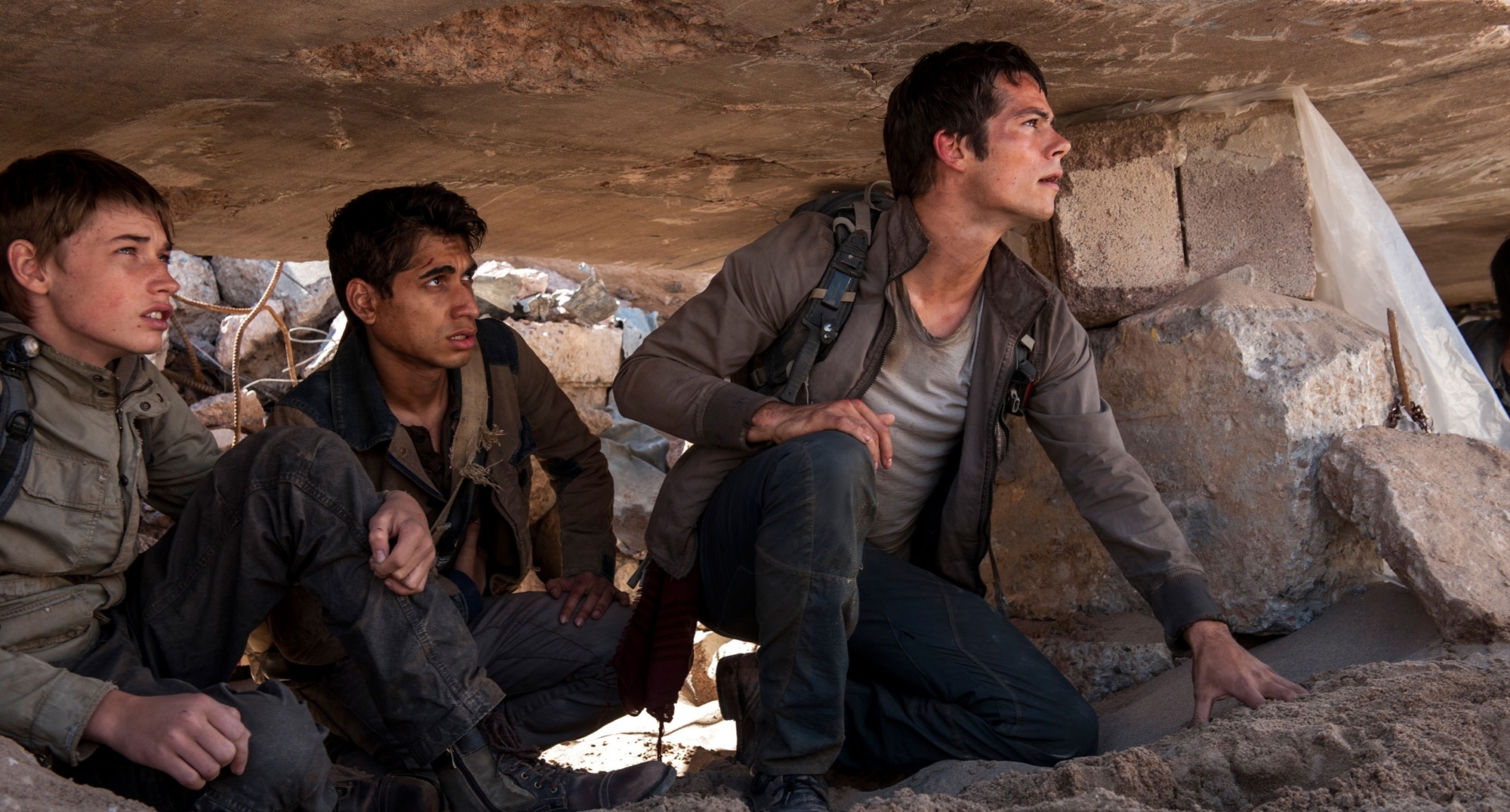 While I wish we learned more about what was going on in the real world, the film did provide some exciting scenes that made it enjoyable. My favorite being one where Thomas and another teen named Brenda (Rosa Salazar) were being chased by some extremely creepy looking Cranks through a crumbling labyrinth-like building. The intense sequence was well executed and both O’Brien and Salazar had me at the edge of my seat.

In addition, the film’s visual effects and sets were striking and the rest of the cast do a solid job with the material provided. It was particularly fun to see Giancarlo Esposito and Alan Tudyk interact on screen.

The Scorch Trials may not be the best book to movie adaptation ever it’s also not the worst. Fans of the genre won’t be disappointed, but you may want to watch The Maze Runner beforehand or read the books first.