‘The Sandman’ on Audible – Review

A Story About Dreams, Myths, and Stories, The Sandman on Audible is a perfect adaptation

For those unfamiliar, The Sandman is an epic about Dream of The Endless, the anthropomorphized personification, source, and inspiration of dreams. A tale about the essentiality of a dream’s function to the waking universe, this Audible edition serves as an introduction to the comic series. An expected part one of three.

What I can say about the audiobook is that it’s nothing shy of fantastic. A compelling translation of Neil’s original comic scripts, with a talented voice cast, masterful editing, and a talented narrator voiced by none other than author Neil Gaiman himself. It’s thus far, also been the number one best selling audiobook on The New York Times list since it’s debut. In fact, the only negative thing I personally have to say is that it, unfortunately, doesn’t feature some of the beautiful groundbreaking art featured in the comics. But that’s what the comic is for, as this audiobook has done everything it can to translate a vividly detailed story about dreams into a captivating audio drama.

Though bear in mind, the story is a direct 1-1 translation. Some critics, seeking a modern adaptation, felt that the story was perhaps a little too dark for the times. Regardless, this is the original Sandman’s story. And the Netflix adaptation, from what I hear, will be a modernization set in the present day. Which Neil confirmed will begin shooting in a few weeks.

Now, The Sandman was a book that changed everything about my life. It was the only thing I read in my darkest moments and in fact, is the entire reason I personally became a writer. The comic itself is a brilliant thought piece about life and death, joy and sadness, stories, and moments that make you feel alive.  Thus, I highly recommend it to everyone.

Recently, at New York Comic Con’s Metaverse, both Neil Gaiman and Dirk Maggs had even gotten into the process of how they had recorded their unique approach to audio, along with the transcripts to Neil’s original scripts. You can check out the panel below, along with the cast of characters featured in the audio play. 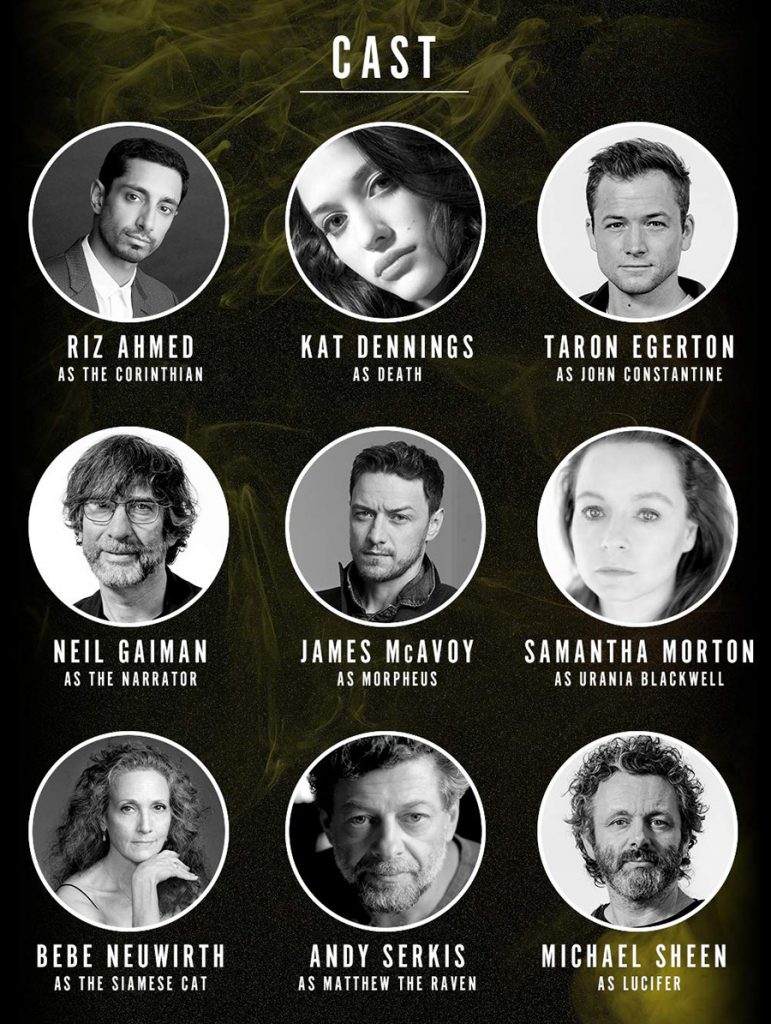