‘The Purge’ (TV Series) Review:  This is America

‘The Purge’ is a very successful horror franchise. Spanning three sequels and a TV series, James DeMonaco’s horror franchise about a yearly government shutdown period, where 12-hours of legal anarchy is encouraged – has spawned a large cult following.

Despite negative reviews, ‘The Purge’ continues to be one of the most profitable movie franchises to date. Utilizing a low cost production budget at about 8 million per movie, each movie rakes in on average, about 100 million in financial returns. They’ve also become a half-hearted political statement about the unfair distribution of wealth and a comment on racial inequality. Becoming pop culturally relevant and even parodied on TV shows like Rick and Morty.

Now, I never watched the purge movies. The concept seemed silly and anarchy could never be self-regulated, as by definition that’s not anarchy. It’s just a controlled uprising. From what I’ve gathered, many reviewers felt the same way. There’s just so much about this series that makes little logical sense.

Why would anyone watch this show if it’s not even about ‘The Purge’ itself, but rather the events surrounding it?

But I gave the pilot a chance… 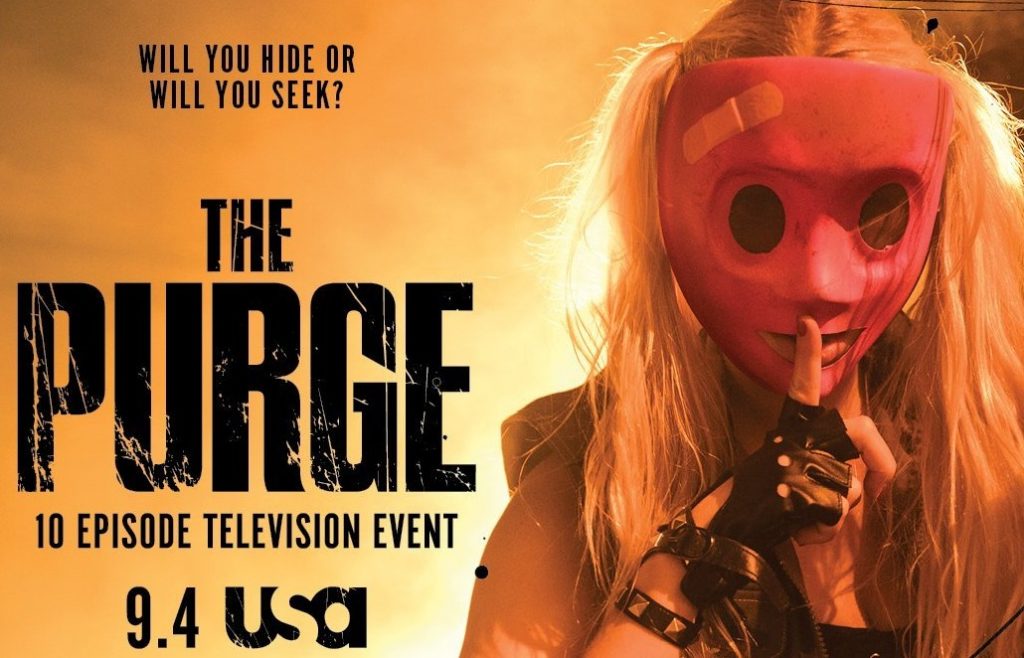 And it’s actually not bad. Here’s my review:

The Purge (Episode One): ‘What is America’ 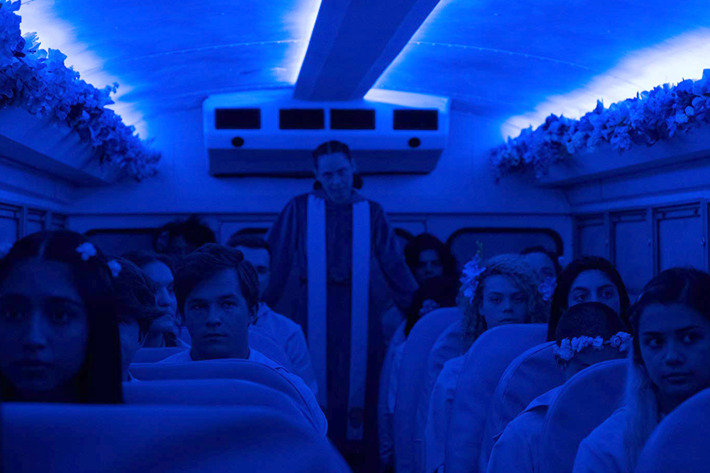 Episode one is called ‘What is America’. It’s a not so subtle tongue-in-cheek commentary on political overzealousness and elitist white nationalism, conveyed mostly through ‘Purge’ type narratives.

Getting back to the root of what the ‘Purge’ is the episode follows multiple point of views – exploring the backstories of the people trying to survive the purge, use it to their advantage or are its unfortunate victims.

For those unaware of the lore, in ‘Purge’ World, The New Founding Fathers of America reign supreme. They are similar in backstory to the government of ‘Handmaid’s Tale,’ being an organization that had taken over during a time of social unruliness and financial collapse.

Though in this world, nothing seems too out of the ordinary. It all seems very much like our universe. The reason for its success being that the ‘Purge’ holds this patchwork government together.

As we learn early on, ‘purge’ day is great for the economy – as people really spend out of their way to protect themselves or kill other people. Likewise, it also keeps the social unruly at bay – keeping homeless vagrants off the streets and having the less desirable and murderous psychopaths kill each other.  All while the rich elites stay protected at home.

The pilot approaches these subjects but also takes it time in exploring these themes. As a series running on USA, a network much more censored than the traditional R-rated horror the series is accustomed to, the show really dials down the violence. Though it does try and get more personal.

An ex-Marine named Miguel, searches for his sister Penelope. He pushes through the mayhem of the purge and digs down into the evil underbelly – doing whatever it takes to find her. Meanwhile, Penelope has seemingly joined a cult – one with thematic undertones akin to a Scientology but who also seem eerily obsessed with community and self-sacrifice – two virtues that do not uphold well in this world.

An anti-purge couple go a party hosted by The New Founding Fathers. Rick and Jenna, the two fish out of water activists, attend only for promise of attaining some money for their cause. Though also in attendance, is a woman the two seemed to have shared an intimate experience with.

Last is Jane, a tired workaholic locked in her building to work all Purge night. She seemingly hires a sketchy person on purge evening, though to what end – none of us know.

There were some transitional devices I found derivative. The constant black backdrop over white lettering counting down moments until the Purge began, I found irritating – sort of a ticking time clock meant to build hype that’s overused in works in movies. Atop of this, even though we get a glimpse of these individual’s lives – none of it feels well-detailed and a lot of the directing can appear sloppy.

The business jargon behind Jane’s job sounds so ambiguous it’s almost laughable. Rick and Jenna’s flashback can be viewed as scandalous or just outright laugh out loud parody, with little revealed except some awkwardly intimate body close-ups. And though he’s an ex-marine, Miguel seems to travel at night with a pair of night vision googles that stay on? Even though the street lights are still activated in well lit locations? It’s all inconsistent.

Even the climax of the pilot seemed rather… anti-climactic. Where a moment of purging felt a tad… underwhelming. Understandable, again due to censorship, though I am uncertain how the series continues to escalate once we inevitably wrap-up the day of the purge. For a ten-episode series, twelve hours of purging may not be enough.

Though despite all these flaws… it’s still not as bad as I thought it would be. The stories themselves seem compelling and the actors are doing their best with what’s given. Overall, I’d watch it out of curiosity or fandom, but wouldn’t expect much in generating a new audience.