This X-Men holidays story about a grouchy Wolverine has a surprising amount of heart.

Tis’ the season for the happiest of holidays! In this latest Marvel Unlimited one-off series entitled Happy Holidays, Mr. Howlett, the X-Men throw together a gigantic holiday soiree. It’s a large-scale celebration commemorating every December denominational holiday.  All done in good taste for a very cute X-Men celebrates the holidays sort of theme.

In this Marvel Holiday Special, every member of the X-Men team contributes in both the decorating and partaking of holiday festivities. There’s a bit of all the original X-men in this one. With archangel putting up the Christmas star, Ice Man sculpting up an ice dreidel, Gambit running a children’s magic show, and Psychlocke chopping up an ice sculpture using her psi blades. Heck, do you like Beast? Because not only is he in this special, but he’s also, dressed as a Santa Claus for all the girls and boys!

It’s a campy heartwarming issue with one very special catch!

Because just like in all the great holiday specials of old, there’s always one character who just doesn’t seem to love the spirit of Christmas. And this team’s cranky cantankerous old Grinch is none other than the whisky drinking cigar smoking Wolverine. Whom despite everything positive all around him, seems to absolutely loathe this Holiday scene.

In this new Marvel Holiday Special one-shot, we see none other than the festive Jubilee try and prod at what has gotten Wolverine so grumpy. As creators, Ryan North and Nathan Stockman, deliver on an oddly good holiday short filled with all your favorite themes and a surprising twist that weirdly sees our Wolverine in a rarely sentimental limelight.

As he goes out with an old…

Well, you’ll have to read the issue and find out! 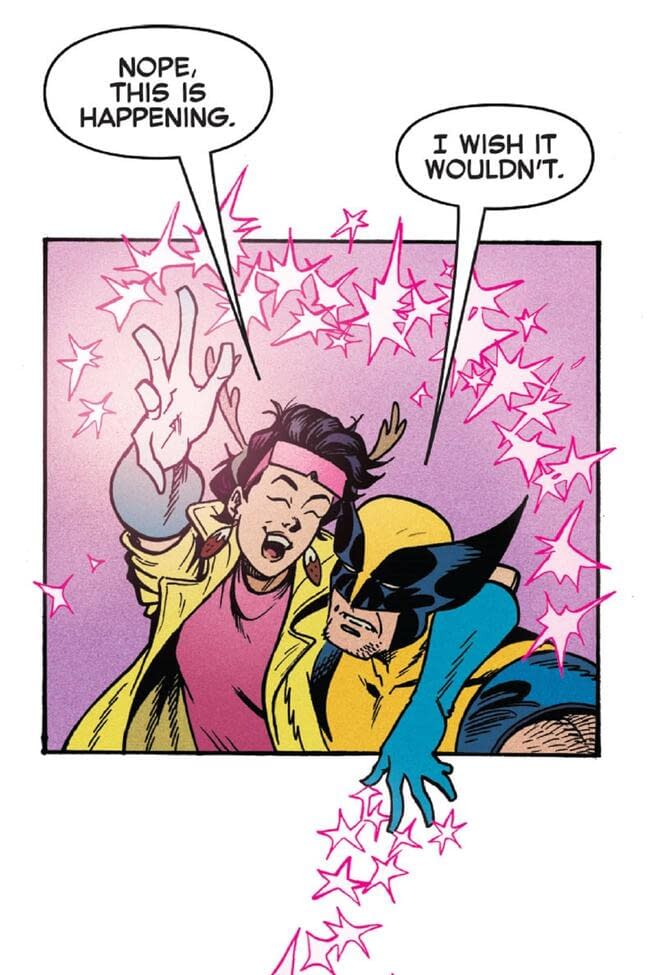 The Mighty Marvel Holiday Special is available on the Marvel Unlimited App.