This week’s episode of The Magicians was an insane, intense, and mind bending journey into Quentin’s subconscious as he is put in a dangerous spell that leaves terrifying consequences in it’s wake.

Most of the story happens within Q’s (Jason Ralph) mind as he struggles to determine what is real and what isn’t and we are along for the ride. Our unfortunate hero wakes up inside a cold, drab, and unfamiliar looking room that certainly doesn’t look like it would belong in the Physical Kids’ cabin. He is dressed in a plain grey sweatshirt and has a roommate with an affinity for pink stuffed animals. Quentin then realizes where he is – back at the mental health clinic he had been previously checked into before his Yale interview. What the what?!?

Was Brakebills just a figment of his imagination? Were Alice (Olivia Taylor Dudley) and Eliot (Hale Appleman) just fellow patients? Was Penny (Arjun Gupta) an attendee inside the clinic who forced him to take his pills?

Thankfully the world rights itself for the most part, but boy what an episode this was.

Here are our top five WTF is going on moments from The Magicians this week: 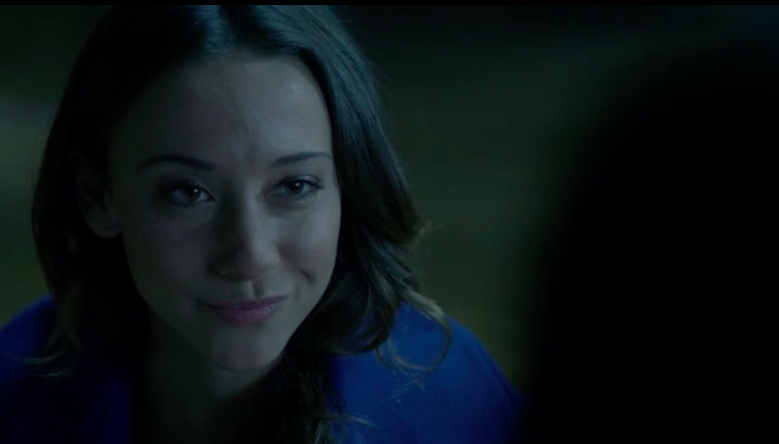 While inside the mental health clinic, Quentin gets a visit from Julia (Stella Maeve) who supposedly is at Yale with James (Michael Cassidy). He becomes so distraught and desperately tries to get her to see that he can do magic. Q performs a spell that casts fireworks into the air and he begs Julia to look at it. She gives him a sad pitying  “you’re crazy” look and then tells him that she wishes she could see the fireworks, except he never told her what the spell actually was. Then for a split second she laughs and Q asks out loud if anyone saw her laughing at him. Julia only responds by saying, “What kind of friend would do that” along with a cold creepy smile before leaving. Oooo that’s the sound of retribution Q. 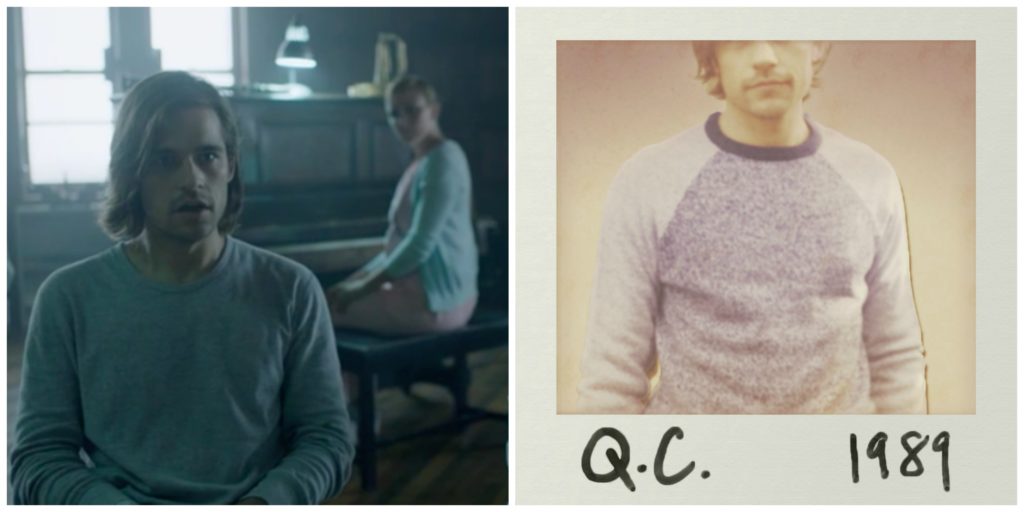 While still stuck inside the powerful spell, Quentin is forced to attend a music therapy session where attendant Penny begs for them not to sing that one song because it gets in his head and never leaves. Q remembers how his last encounter with the real traveller almost got violent because of a certain Taylor Swift song. Thus ladies and gentlemen, he busts out into the sassiest rendition of Shake It Off ever to grace the small screen accompanied by the equally crazy Alice and Eliot (bravo to both who brought their characters’ uniqueness into their alter-egos). All this in hope that his thoughts are broadcasted so loud that the real Penny can hear it and will be forced to come into his mind to shut him up. This was the best scene ever and Q is the queen of sass and has the hair flip skills to prove it.

It does work and real Penny comes along and he is my HERO. 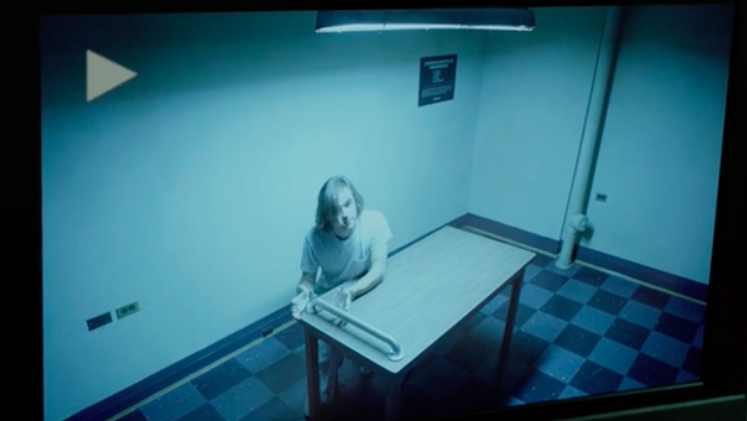 This was such a “WTF is going on” moment because Quentin discovers the reason why he’s back at the mental clinic and it’s so messed up. Apparently a few months ago he had dinner with his father and then attacked him with a knife believing that he had been The Beast. The doctor shows Quentin on video in chains and screaming that he needed his power back. This was such an intense performance by Jason Ralph and I got goosebumps watching this scene unfold. You can see the exact moment Q literally looses it and believes that he’s become a deranged lunatic that tried to kill his own father. 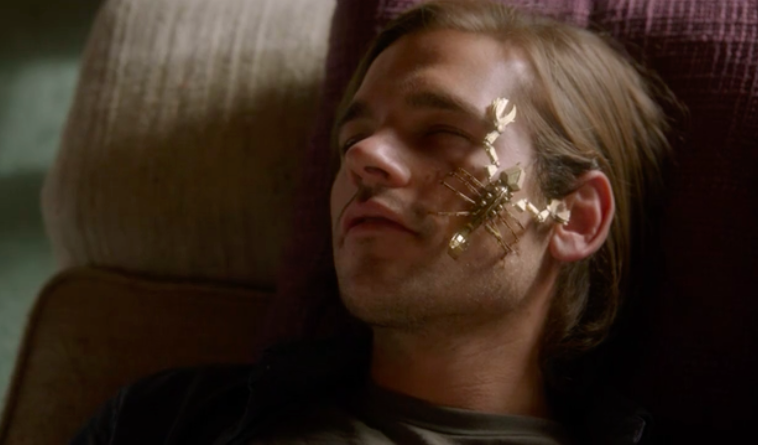 The scorpion bug is Q’s only hope

Back in the real world, Dean Fogg (Rick Worthy) must summon an evil bug spirit from the underworld that can short out Q’s cerebral cortex in order to bring him partially out of the Scarlotti Web (the spell that Marina and Julia cast over Quentin). This incantation is like a prison in the middle of the desert where the bug breaks him out of the prison but Quentin must get himself out of the wasteland. However, all of Brakebills’ wards had to be removed in order for the spirit to be summoned, allowing for just anyone to walk in. Penny also comes to help snap Q out of it before he can perform a self lobotomy. The traveller arrives in the nick of time saying that the only real things were the two of them and the scorpion that he just threw up. Just as Q seems to snap out of it though, everything goes black. 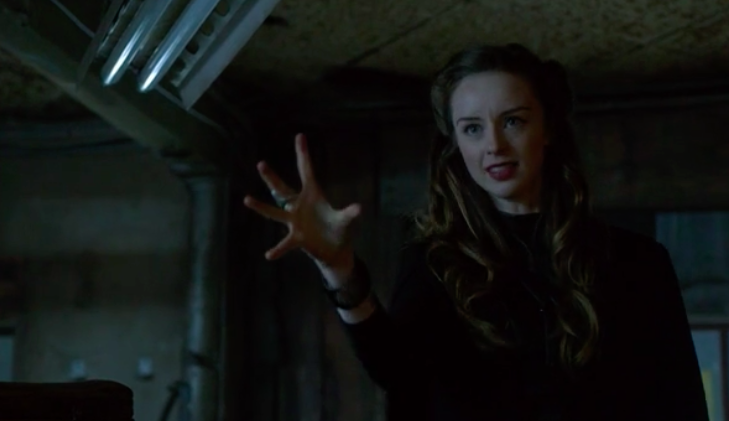 We find out that Marina (Kacey Rohl) was actually a former student three months shy of graduation when she was expelled. The school removed all her magic related memories which makes me wonder how she figured out that she had studied there to begin with. Still, the woman has a lot of gumption and tenacity to figure out that she would have to get the protective wards down to retrieve her memories. Marina had no qualms in using Quentin, Julia, and Kady (Jade Tailor) to do it. Operation Break Into Brakebills is a success and she is able to regain all her magical knowledge to the detriment of the world at large. Marina then burns Julia’s stars and vows that she’ll know what it really means to be cut off from magic for snitching. The hedge witch is more powerful and ruthless than ever and probably has some sinister plan to get even stronger. Rohl is so good at being bad and we should all be scared.

This was the best episode of The Magicians yet as we were feeling just as crazy as Q trying to figure out what the hell was happening. While it was intense and nail biting to say the least, there were also moments of absurd hilarity and fun that gave a moment of relief during the trip down the rabbit hole. The whole cast did a beautiful job in both the world within Q’s mind and in reality. I cannot wait to see what kind of delicious magic and madness Sera Gamble, John McNamara and the rest of The Magicians crew have in store for us next.

And we can sleep easy tonight fellow fans as Syfy announced today that they are renewing the show for a season two.