The Fosters: “It’s My Party” Review

It is family taco night in the Adams-Foster household and two very important facts are revealed. First, Jude puts ketchup on his taco (blargh) [Editor’s Note: Jude is the Devil for doing this]. Second, it is almost Callie’s birthday! Callie tells her moms that she is going to buy herself a car for her birthday with the $800 she has saved up. Stef and Lena are not too keen on this idea. After a brief argument,  which included the topics of sexism, airbag safety, and monthly payments, it is decided that Brandon will need to share his car with Callie and the twins (read:twin).

The next morning, Marianna jumps on Callie’s bed  and makes it rain cash money all over a half asleep Callie. Yes, Mariana’s birthday present to her sister is literally $600 in cash. At first Callie is a little weirded out, but eventually devises a plan. They will combine their fortune to buy a dope previously-owned car to share. The two end up buying a used green sedan from a semi-creepy middle aged man.

The girls arrive home from and are greeted by a surprise party, compliments of Jude. Some of our characters’ favorites are in attendance including Girls United, Rita, and Wyatt. Say what you will about Wyatt, but damn, his hair is like an enchanted lion’s mane. Wyatt goes straight to Mariana and asks if they can go steady. She considers Wyatt’s offer because if Callie is okay with her dating Wyatt, then she would be totally cool with the fact that Mariana lost her virginity to him and lied about it for weeks (or days, I have a hard time measuring time progression this season).

Mariana asks Callie if she can date Wyatt, and while Callie’s mouth says yes, her body, eyes, nose and mind say no. Because Mariana cannot read social cues, she skips over to Wyatt and declares the Wyatt-Mariana coupling a go. Callie tells Lena that she is not okay with Mariana and Wyatt dating. Lena is now forced to deal with the age old  ‘what to do when one of your daughter’s sleeps with your other daughter’s ex-boyfriend’ problem, and relays Callie’s concern to Mariana. With this new intel Mariana approaches Wyatt and goes “We need to break up. Haha no, I am just kidding, we don’t. But actually we do because Callie is not cool with this.” 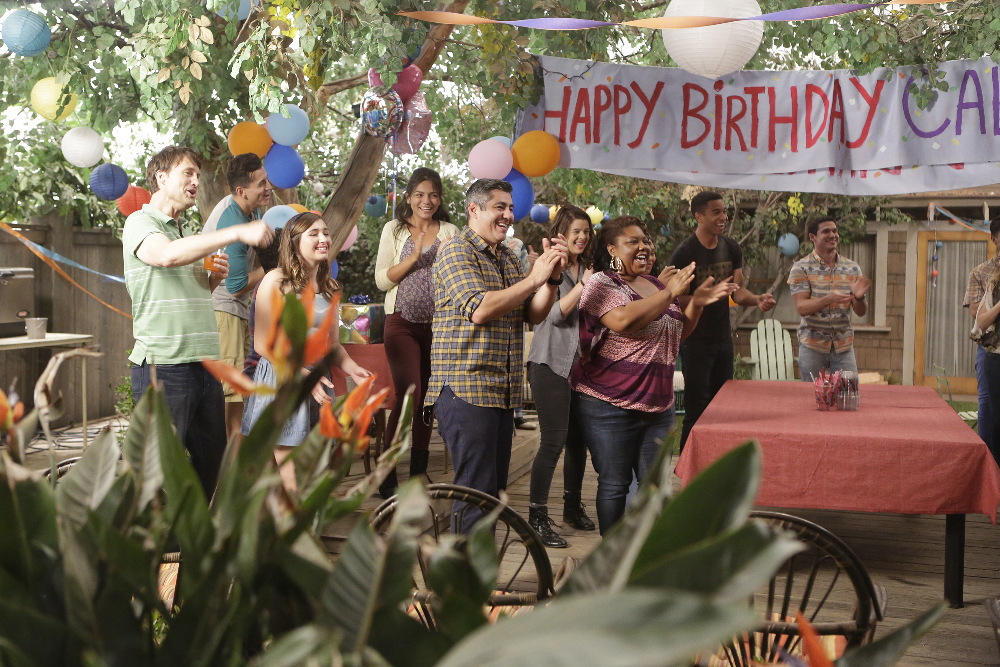 Wyatt has had enough, and confronts Callie saying that the entire time they were dating, Callie just yanked him around like a sad puppy and it isn’t fair to Mariana that they have to keep the fact that they hooked up a secret. And by hooked up he means sex. Correct me if I am wrong, but that is not how I remember Wyatt and Callie’s relationship at all. She was dealing with the PTSD from Liam raping her at the time and couldn’t handle a relationship. I am not sure how that equates to stringing Wyatt along. When Callie confronts Mariana, every excuse that comes out of Mariana’s mouth ends up digging her into a deeper shit-hole. She tries to explain that technically she didn’t lie, she just omitted the truth and that maybe if she dated Wyatt she would end up loving him and then she wouldn’t have lost her virginity to a complete stranger. It is actually quite sad.

In the garage, Brandon interrogates AJ after witnessing him talking on a cellphone. AJ senses Brandon’s crazy is about to come out so he tells Brandon he was on the phone with Mike before peacing out. Brandon goes straight to Mike to ask him about the dates, times, and length of all call he has had with AJ in the past week. To make matters worse, Sophia somehow gets involved in Brandon’s vendetta against AJ. The two join forces and the Whiney-Duo is officially formed. They devise a plan obtain AJ’s phone and investigate its contents. Sophia wants to put on a slow song in order to slow dance up on AJ’s pocket bulge and steal his phone, but Brandon draws the line at pimping out fifteen year olds to do his dirty work. They then glance down and realize that AJ’s phone is literally on the counter in front of them charging. They steal the phone, but upon further investigation, all of AJ’s phone records and texts have been deleted.

When AJ realizes his phone is missing he approaches Brandon. As Brandon starts to deny stealing it, but the phone rings. Instead of giving AJ his phone Brandon answers the phone himself and starts a fight when AJ tries to grab it from him. Once the fight is broken up, Brandon yells out “He freaked out when I answered his phone,” and, like a normal human being, Stef responds with “What are you doing answering his phone?” Stef, always the voice of reason.

Mike goes upstairs to discuss the fight with his son who is sulking in his room. The conversation goes something like this:

Mike: Look, the other day AJ was racially profiled and experienced police brutality first hand right in front of my eyes. I am sensitive to people just blindly blaming AJ of…

Brandon: (interrupting) Okay, but WHAT ABOUT ME?!? You seem pretty fine about accusing me of anything.

Do you mean like accusing you of selling fake IDs? Or getting kicked out of an expensive music camp because of plagiarism? Or how about selling a priceless baseball your grandfather gave you to replace the keyboard you traded to evade the Mexican cops? Are those all things that your father is fine with ‘falsely’ accusing you of? 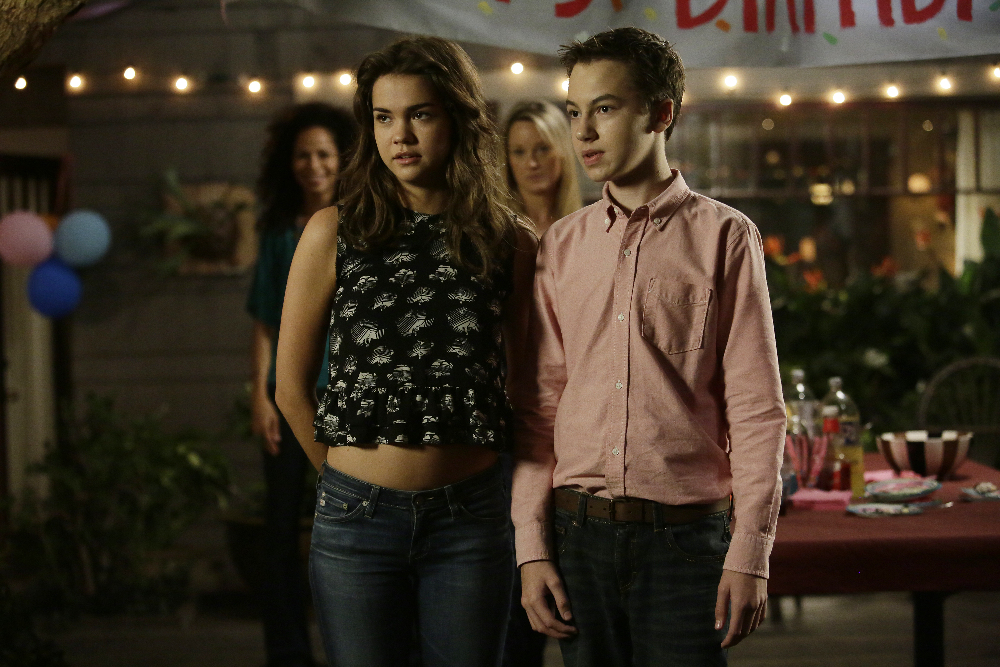 He then starts on about how Mike has been to visit AJ at the Adams-Foster house more times in the last month than Brandon’s entire life. First, that is not true, Mike has always basically lived in the Adams-Foster house. Second, Brandon lived with Mike for a solid chunk of the show. Brandon is just the worst.

Jude, though, is the best and has one final surprise for Callie … a LITTLE MERMAID THEMED BOUNCY CASTLE! There is seriously nothing that a bouncy castle cannot solve. Everyone gets in on the bouncy castle fun, INCLUDING ROSIE O’DONNELL! Even Brandon crawled out of the dark cave he calls his room to take a few jumps. It was divine.

At the end of the night, AJ lays down next to Callie in the bouncy castle to give Callie a birthday present: a hand drawn comic of her as Super Callie. It was super cute and the two start making out in the castle. It would have been a romantic way to end the episode, had Stef not seen it all go down from the kitchen window. All I can imagine going through Stef’s head is “Seriously Callie, we have to deal with you dating a foster brother AGAIN?”

Stef: In hindsight though, no amount of therapy was going to turn you into a woman.
Mike: Oh wait. If I was a woman, do you think we’d still be together?
Stef: Oh, god no. (chuckling) That’s funny.