This week on The Fosters, everyone goes to Idyllwild to see Brandon perform while Jude is MIA at camp.

I am not going to lie, I felt a bit let down by this week’s episode. Honestly, that is how I have felt all season. This season has felt disjointed and the episodes haven’t come together in a way that left me wanting more.

Take, for example, the twin’s hit and run storyline: the first episode or so of the season focused on Stef dealing with her kids’ car crash, but then the storyline was dropped for a full seven episodes. Then, all of a sudden last week, Mariana makes one comment about the accident and Stef is back on the case. 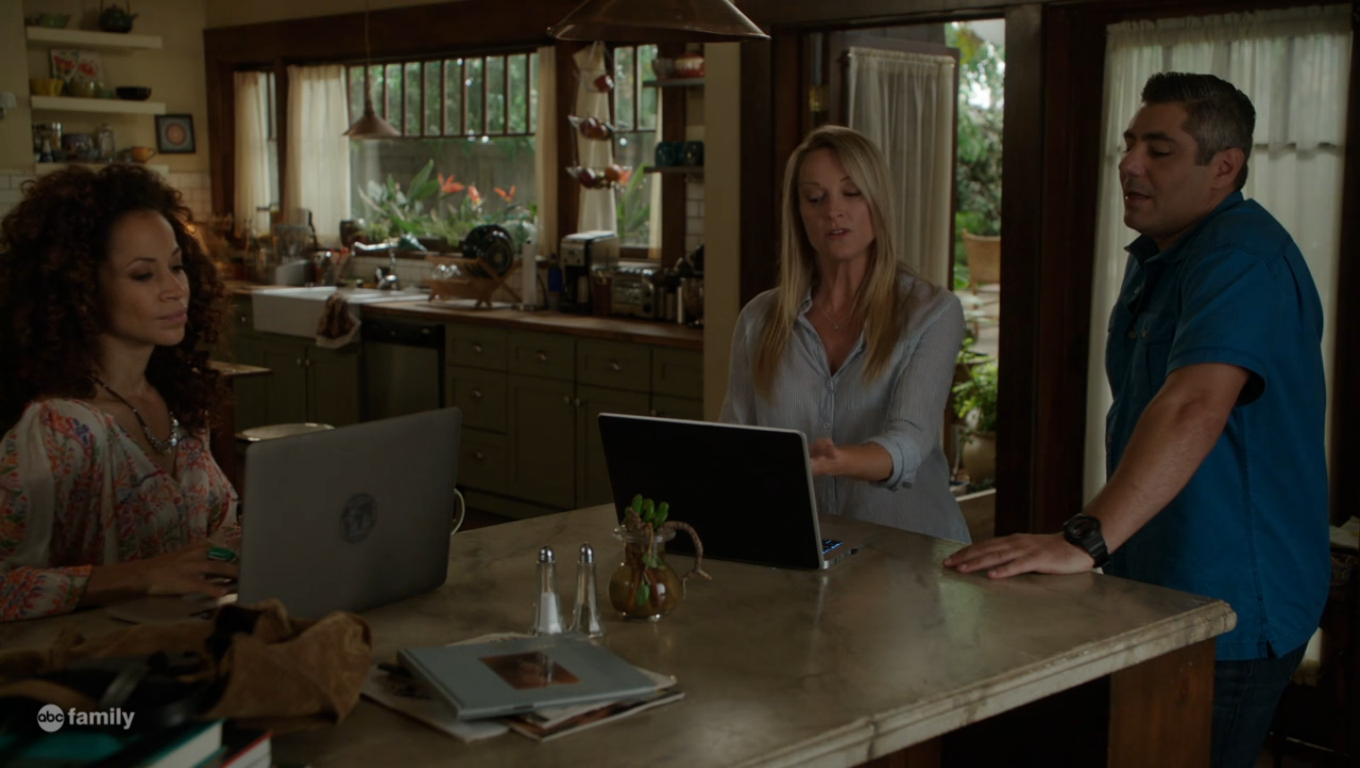 When Mike comes over to the Adams-Fosters house to pick up AJ (because Mike finally got his Foster license! Yay!) Stef fills him in on her new crazy theory about the car crash. The white guy in the surveillance video (who happens to be the son of the owner of the car) was at the drugstore to buy stuff for the bloody guy spotted on the bus, who happened to be black. Mike pretends he doesn’t think that the theory is crazy, and leaves with AJ. The two boys head to see AJ’s grandma at the nursing home where they run into AJ’s older brother Ty. After a bit of sleuthing, Mike realizes that AJ’s brother is the one who caused Mariana’s car crash! Wow, I have to say, I DID NOT see that coming. And also, poor AJ!

After AJ leaves Stef and Lena’s house, Mariana whines that she is now basically an only child with everyone in summer school and Jude at camp. Whoa, hold up, when did Jude start camp? Wasn’t he literally in summer school last week? Lena and Stef ignore Mariana’s comment to focus on some more important issues, such as Callie’s social worker calling to say that there were inconsistencies between the love stories Brandon and Callie told her. The social worker is going to interrogate all the girls at Girls United to find out more dirt.

Back at GU, Carmen tells the girls that she has decided to wait to join the Army because of the whole getting “punched” by Rita thing. No one is buying this story, not a single person. Callie puts it upon herself to squeeze answers out of Carmen which causes the crazy new girl, Brooke, to start yelling at everyone to mind their own fucking business. Afterward, Brooke strolls into Callie’s room complimenting Callie on her pretty face and pretty hair and says if she wants to keep either of those things she is going to shut the fuck up about the Rita thing. 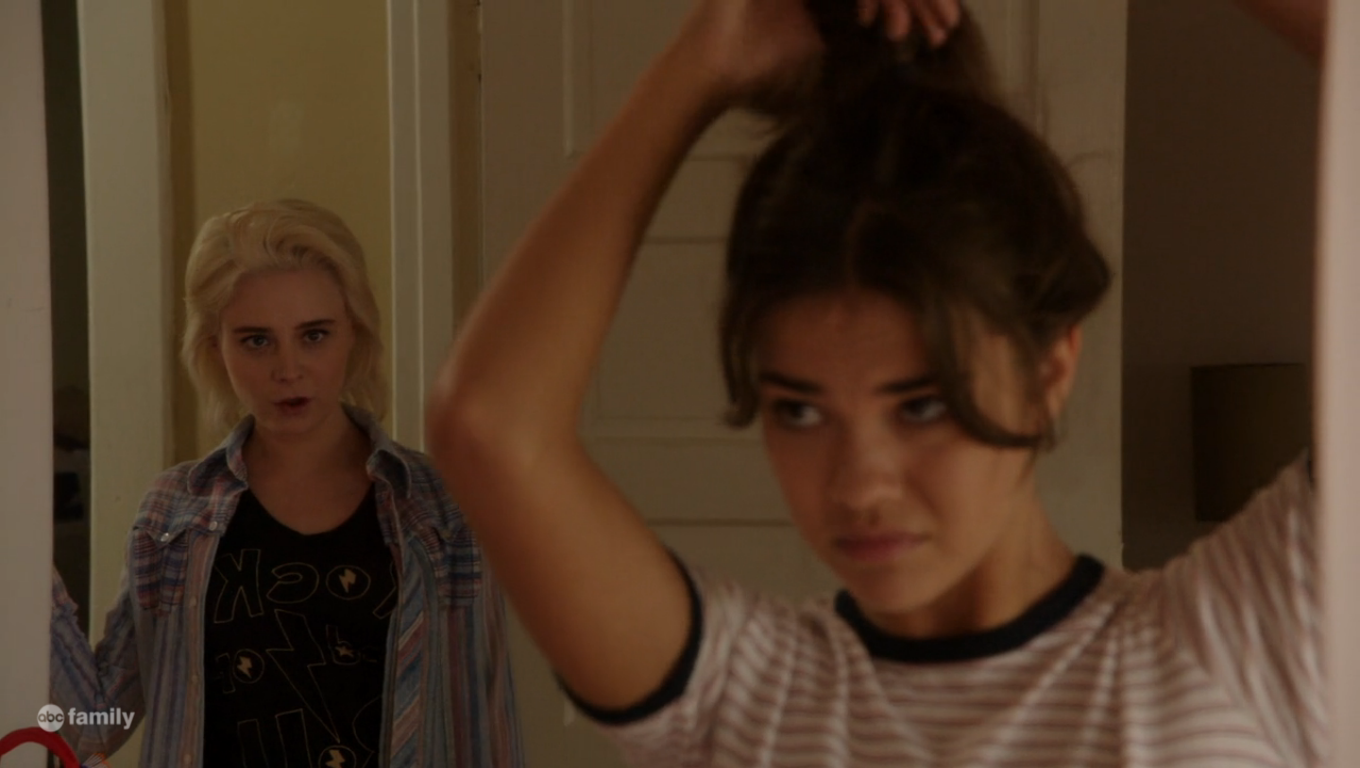 Callie brushes her off, unafraid of being scalped in the middle of the night, and tells Brooke that she is a joke. In return Brooke gets her crazy meth head boyfriend to try to run Callie over with a car goes “Who’s the joke now bitch!” Being run over by a car does not stop Callie from going all Spencer Hastings on everyone’s ass. Callie confronts Carmen and records Carmen admitting that she is being blackmailed by Brooke to say Rita punched her. Unfortunately, in the same recording, Callie admits that Brandon broke his restraining order which puts Callie in a little pickle. Share recording to save Rita or delete it to save her adoption. Apparently the concept of editing the part of the recording which is self-incriminating never crossed Callie’s mind.

Lena and Monte end up alone in the cabin with grass fed organic steak and 12 bottles of wine (it was buy five get one free this week). The two drink in the cabin alone in front of a lit fireplace and Monte says that while the sex with Jenna is great, she is scared that Jenna is “catching feelings.” Man do I hate that term. Feelings are not a disease or a virus that you catch, like an STD or the flu; they are things that develop! Monte isn’t sure if she needs more time to catch the lesbian bug for Jenna, or if maybe Jenna is not the right person for her. On cue, Jenna arrives and realizes that she is definitely interrupting something intimate (think the fireplace and the bottles of red wine gave it away). 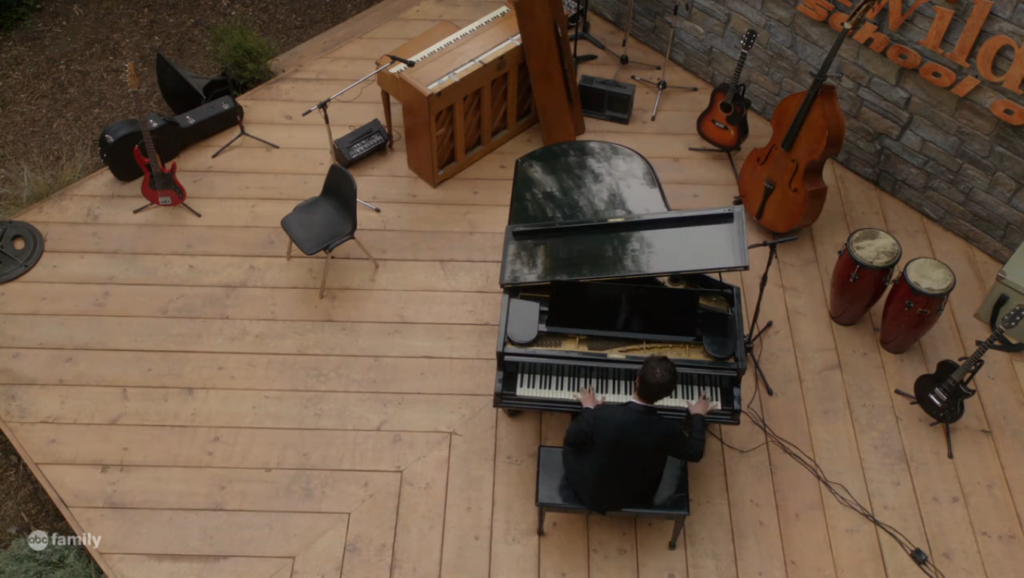 The next day everyone gets together to watch the Idyllwild performances. Before B’s performance, he addresses the audience to discuss how his time at camp was horrible, but it made him love music again. He also says that since he fired his pianist he is going to break the rules of the competition and perform his own piece.  I really wanted to hate Brandon’s performance, because Brandon is the worst but his composition is actually pretty amazing. Maybe the reason I haven’t liked Brandon lately is because he is only bearable when playing piano. It is really his most (and maybe only)  redeemable quality. The show ruins the moment though when he looks into the crowd, finds Callie, and the two have a Braille moment (which is one of the worst shipper name ever).

After the performances, Jenna tells Stef that she and Monte broke up because Monte is in love with a gorgeous vice principal with magical hair. Later that night at home, Stef confronts Lena about Monte. This conversation is so intense that I couldn’t breathe. I mean, literally I  think I held my breath the entire time they were talking. Stef asks if she is in love with Monte in one fell swoop, and it takes every ounce of energy Stef has just to get the words out. Lena tells Stef that nothing is going on, but is unable to deny that she and Monte kissed, only rebutting with “Monte kissed me” and that the kiss meant nothing. Stef, pauses, takes a deep breath and replies “If it was nothing, you would have told me.” I am not sure if you heard that sound, but that was my heart breaking into a million little pieces.

While the parentals are at home arguing about infidelities, the kids stay alone at Jenna’s friend’s cabin in Idyllwild. After Callie tells Brandon about the recording she sent to Rita, which incriminates herself and B,  Brandon says words that I never thought I would come out of his mouth:

“I don’t care about me, what’s gonna happen to you?”

WHAT? Did those words actually come out of his mouth? Has someone taken over Brandon’s mind? The two have another more than brother/sister love moment and decide that they should just say goodnight and go to bed. The two go into their own rooms, and I am so fucking happy that they are not going to hook up. 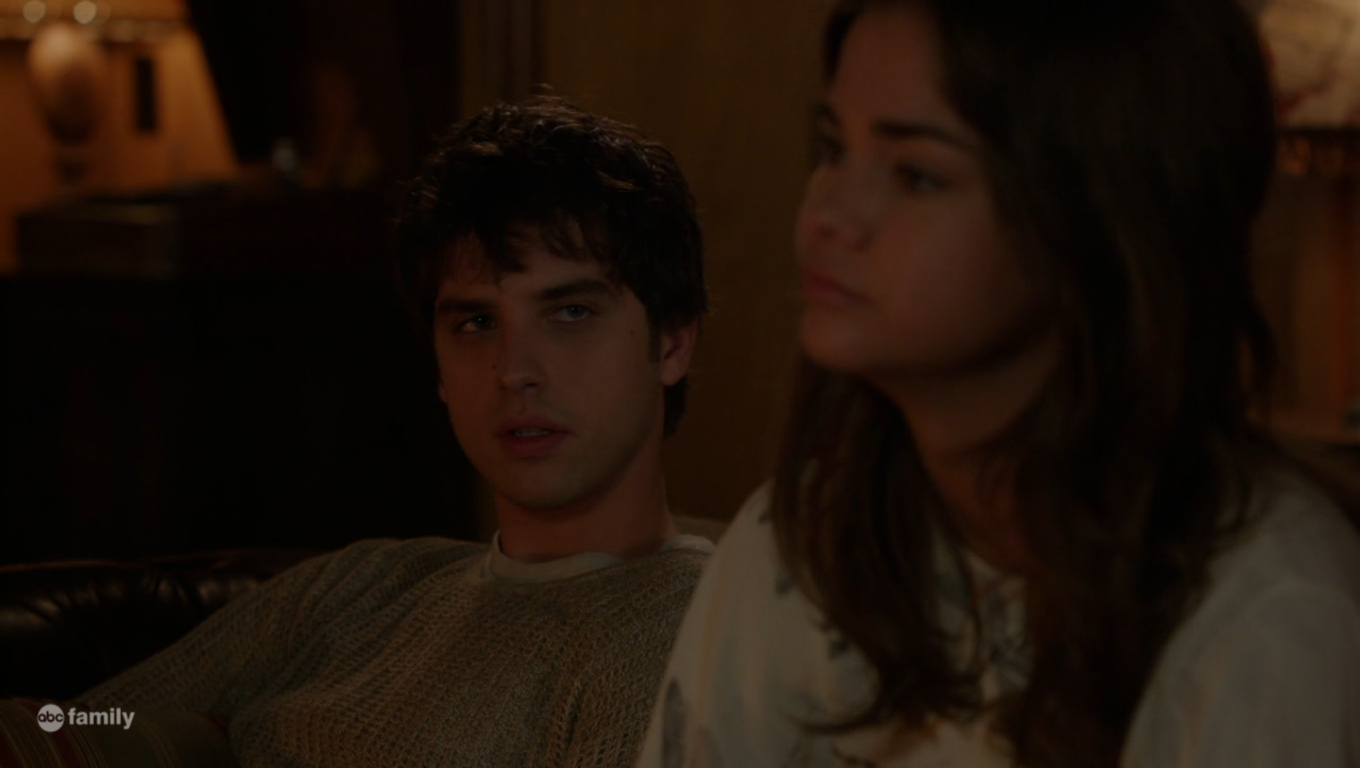 Finally,  Brandon did the right thing and thought of what was good for Callie. Finally, Callie made a good decision for herself instead of self-sabotaging. Just kidding, ABCFamily is just playing with us.  After a bit of tossing and turning in bed, Brandon goes into Callie’s room and the two have sex in a long, awkward and bizarre scene. I am convinced that the writers The Fosters have a bet to see who can write an episode that fucks Callie over the most.