THE AFFAIR Begins on Showtime – Tonight!

Showtime’s new series The Affair kicks off tonight with an intriguing, mind-bending pilot you’re not going to want to miss. The show chronicles how the lives of two couples become entwined when an affair begins between partners, but based on the pilot episode, there’s more to the story…a lot more. 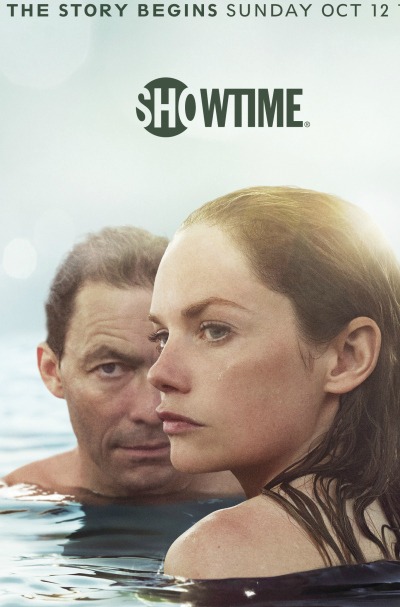 The episode is split into two parts, the first from the point-of-view of family man Noah Solloway (Dominic West) as he and his wife (Maura Tierney) head to a small beach town for the summer. He is, by all accounts, a good husband and father who enjoys his life as a married man even if he’s sometimes, maybe, a tad restless.

Everything changes when they stop for lunch at a small diner and he meets Alison Bailey (Ruth Wilson) during a choking incident with his youngest daughter.

It’s also when things change for us as an audience, because we realize at that point that Noah is being interrogated about his (apparently impending) affair some time in the future.

He meets Alison again later that night but leaves before anything happens.

Flip to Alison’s point-of-view. She seems to be enjoying her domestic life with Cole Lockhart (Joshua Jackson) somewhat less, but not for his lack of trying. The loss of a child is hard for any relationship and the two of them are struggling hard to stay together when she meets Noah and his family.

The exact same events are related by the alternating parties but the details vary more than a little, leaving the audience with the question of whether things like that simply get remembered incorrectly during intervening years or whether one of them is purposely casting the other in a different sort of light.

The Affair has twists and turns to spare and feels more like a mystery or psychological thriller than a simple tale of what happens when couples fall apart due to infidelity. I’m still thinking about the implications of the mysteries planted in the pilot and I’m sure the writers have much more in store for us going forward. You’re going to want to be in on this one from the beginning, because from what I’ve seen, it just might be the show everyone’s talking about this fall.