Review: Syfy’s ‘Van Helsing’ is No Damsel in Distress

Syfy’s newest original show Van Helsing is a modern day story of Vanessa Van Helsing, (descendant of vampire hunter Abraham Van Helsing) and she’s no damsel in distress. This retelling is set in post-apocalyptic Seattle, where the eruption of a super volcano in Wyoming creates an ashen hell on earth, allowing for creatures of the night to rise to the top of the food chain.

When we first meet Vanessa (Kelly Overton), she’s in a coma and is being protected in some kind of facility by a single marine named Axel (Jonathan Scarfe) with only a vampire (who had been a doctor) for company. Things quickly escalate though when a group of survivors come knocking at Axel’s door looking for sanctuary since the streets are crawling with feeder vampires. Against his better judgment he lets them inside as one of them was a fellow marine who had been on the same mission to protect Vanessa.

That night all hell breaks lose as somehow the vampires manage to get inside the facility and they target Vanessa’s unconscious body. But here’s when the episode starts to get interesting because as soon as one of the vamps bites her and drinks her blood, it begins to have a adverse affect. The creature begins to convulse and throws up blood. Vanessa however finally wakes up and proceeds to take down all her assailants. Acting on pure instinct she claws and stabs one of them viciously and I can’t help but wonder where this ferocity came from. 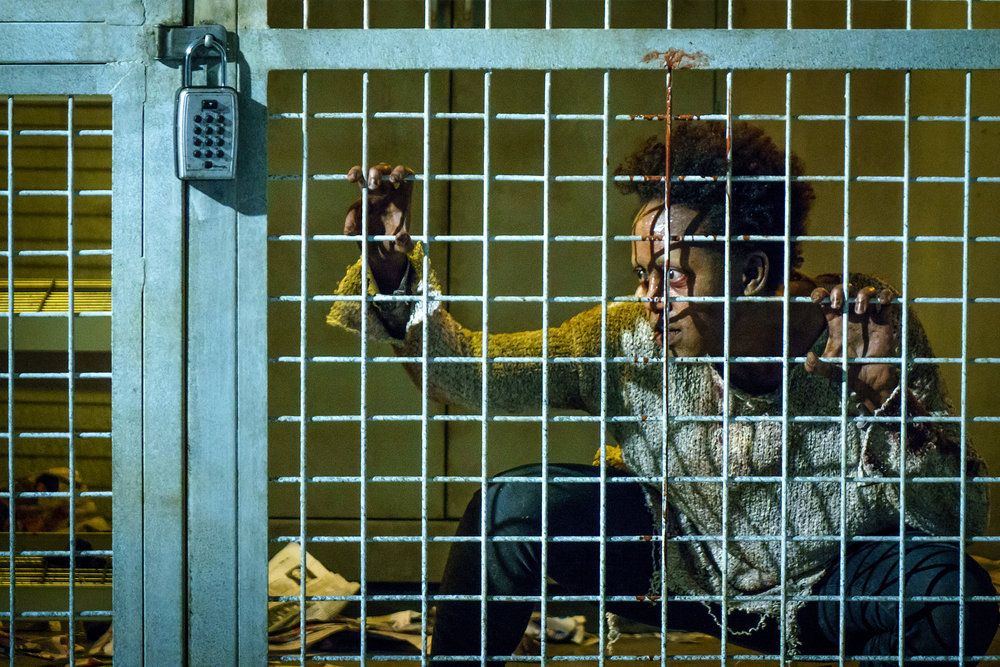 In the aftermath, poor Vanessa has no idea what’s happened to her, where she is, or what’s become of her daughter Dylan. She also has no knowledge of the apocalyptic events that have transpired while she’s been out of commission. Her main goal at this point is to get out of there and find her kid. Ted (Ted Guinee), other marine, attempts to befriend her and promises to help her get out of the facility, but he turns out to have a nefarious agenda. Axel confronts him and claims that he’s the only person who would know where the real code would be hidden to unlock the door (he gave them all a fake code to begin with) and so he must have allowed the vamps in. Ted finally admits this and angrily says that Axel didn’t understand what it was like outside and what had been done to him. Apparently he promised the creatures Vanessa and he chases after her to the rooftop.

Outside, she finally gets a reality check on how changed the world is as she gazes upon a city that looks more like a war zone. A few moments later she’s accosted by Ted who claims that he needs to take her to the vampires. Vanessa displays more of her uncanny fighting abilities and singlehandedly kills her would be kidnapper easily as Axel, Sam (Christopher Heyerdahl) and Mohamad (Trezzo Mahoro) stand on the sidelines ready in case she needs them. Gentlemen, she can take care of herself.

What makes Van Helsing different from vampire television shows and films is that Vanessa’s blood has the ability to revert vampires back into humans again and she seems to have accelerated healing abilities much like the Wolverine. The creature who bit her at the beginning of the episode crawls his way back from the shoot Axel dumped the other dead vamp bodies and when the protective UV lights kick in, he isn’t burned by them. When the group comes upon him, he explains that once he drank Vanessa’s blood he could feel again, claiming that she had cured him. 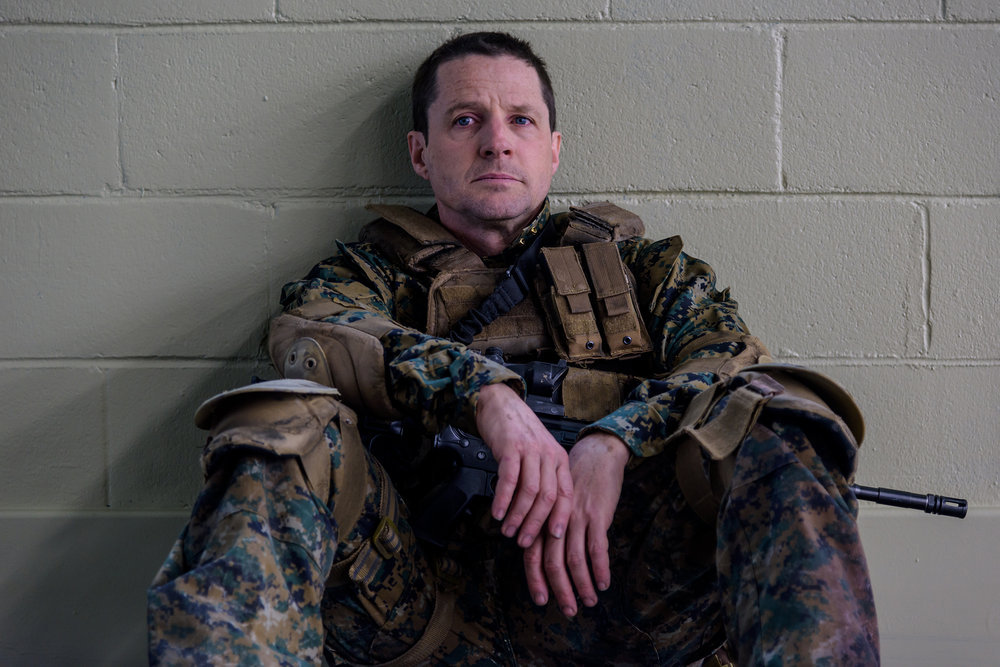 In the second episode of the season premiere, we flashback to a time before the Rising and see how our heroine ended up in her current predicament. Vanessa was a single mom selling her blood on the down low to hospitals for some extra money. She lived with her preteen daughter Dylan, while the father of her child was in Denver. Right away we are shown that dad was neglectful of his responsibilities and was a source of constant disappointment for the two women.

We also meet the main villains of the show in the form of two eastern European vampires named Dmitri (Paul Johansson) and Rebecca (Laura Mennel). Unlike the feeders we’ve already met, these two still retain their minds and aren’t solely driven by their need to feed. Instead they plot to take over the world of course. When one of their goons ingests Vanessa’s blood and gets reverted back into a human by accident, the duo have a minor freak out, realizing how she could undo all of their work. So they task another minion to find and kill her.

Said minion finds Vanessa and attacks her, but of course she doesn’t take that lightly and fights back. But the supernatural creature manages to severely wound her (while also drinking her blood) to the point where it seems that she’s died, leaving her poor Dylan alone. She is taken to a local Seattle hospital where a perplexed doctor can’t figure out why her body is still warm and sees no wounds that could have been the cause of death. The Doc contacts her sister who works for the government and gets some mysterious info of some kind of epidemic happening. Soon after a squad of marines appear at the hospital to take possession of Vanessa when the super volcano erupts in Wisconsin, plunging the world in ash and flames. More importantly however the vampires appear to deploy some kind of surge attack causing chaos and mayhem in the streets. Everyone and their mamma are getting bitten and infected, leaving Axel and a few other marines to guard the comatose woman and the Doc while the others go and get additional support. 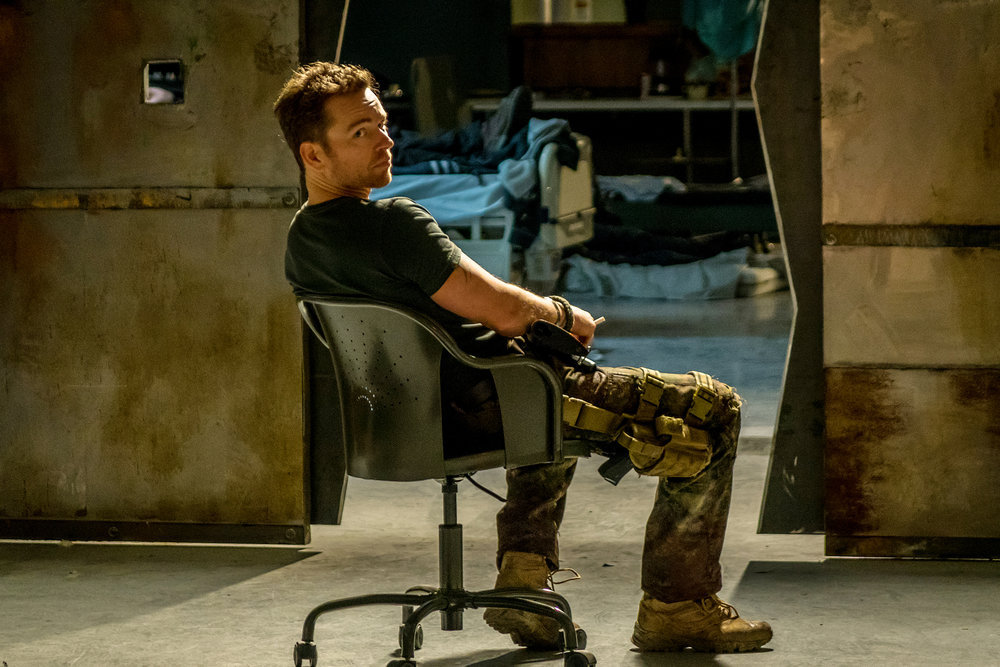 Except we know of course that no one comes. When Ted takes the two remaining marines to try and hike 40 miles on foot to their base, all goes awry and the Doc gets bitten by one of the vamps then becoming one herself. But hey now they should feed her Vanessa’s blood so that she can revert back to being human.

While current pop culture seems to have gotten vampires out of their system for the moment after the Twilight series, Van Helsing does put an interesting spin on the genre by making this particular incarnation of the vampire hunter also the cure for the virus. She is their natural counter balance and is the beast that will prey on them. Hopefully the show will explain what makes her blood so special and how she has this crazy healing ability. My question is whether her daughter Dylan has it as well also being a descendant of Abraham Van Helsing, or does it have to somehow get activated?

The show’s villains are also fairly lukewarm at the moment, but I am curious to know the different types of vampires and their hierarchy. Clearly Dmitri and Rebecca are stronger and Dmitri in particular is the alpha who controls the less cognitive horde. Could Dmitri also actually be Dracula and he’s just going by a different name right now? Or perhaps he is related to the famous vamp? 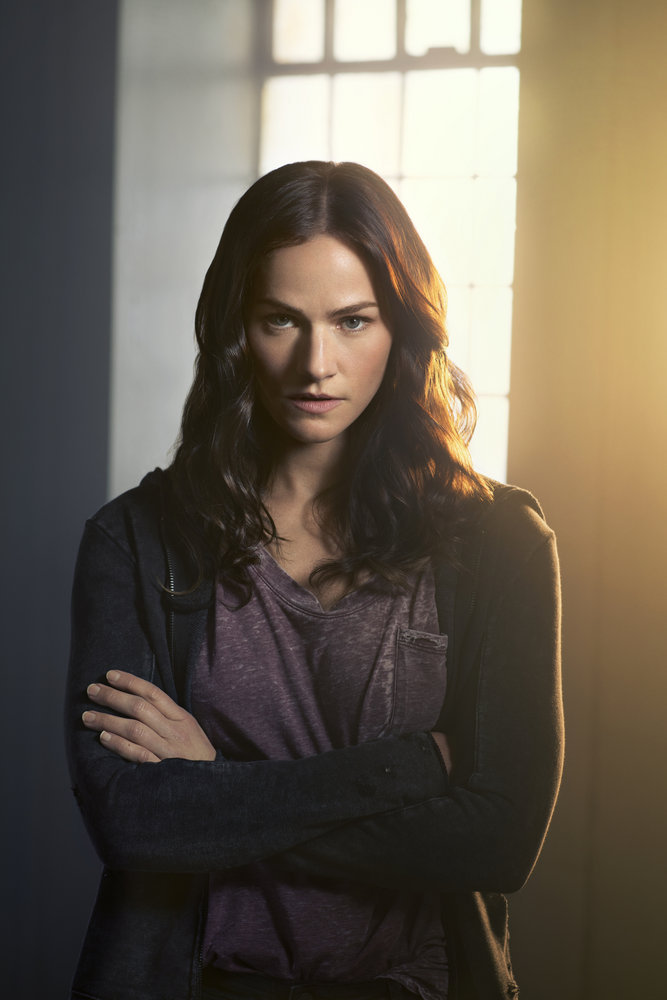 Van Helsing joins the ranks of strong female-centric leads on Syfy including 12 Monkeys, Wynonna Earp, Killjoys, and The Magicians. It’s refreshing to see that the network decided to feature a female vampire hunter, as the most recent incarnation of the character was in NBC’s Dracula with Thomas Kretschmann in the role. In addition, most vampire narratives have the hero’s (usually male) main plot point surround rescuing a damsel in distress from the clutches of the evil creature. This time around, audiences are treated to a different perspective namely of a mother looking to find and protect her child. In addition she isn’t a helpless female and able to even fight better than her male companions.

This modern retelling of Bram Stoker’s Dracula is by no means perfect, but it’s definitely promising. If the series brings us complicated character driven storylines, it could be the beautiful melding of The Walking Dead and Buffy The Vampire Slayer that we sorely need on television.

@theworkprint
Follow
Previous article
‘Dancing With the Stars’ Review: A “Universal Dick” and a “Green Dude” Walk onto a Dance Floor …
Next article
Agents of SHIELD – “Meet the New Boss” Review