‘Supergirl’ – “Triggers”: How In the World Does Lena Not Know?

This week on Supergirl: Children make bad decisions, Sanvers has a sleepover, Lena yells and everyone is turned on.

With an improvement in cinematography and dialogue, the third season of Supergirl isn’t bad. It isn’t as happy or as exciting as the first two seasons, but it’s a different Kara so with her comes a different tone. I’m okay with that. I’m accepting of the heartbroken Kara who just wants to be Supergirl. What I’m not okay with are the small moments in “Triggers” that promise dark times ahead for beloved characters.

In the second episode of season three, Supergirl, still grappling with the emotions of losing her wet blanket boyfriend, squares off against Psi, a metahuman who somehow manages to have stronger psychic abilities than the green Martian, J’onn. Look, I’m all for having challenging villains for Supergirl to battle, but poor J’onn can’t seem to catch a break. I know that if they gave him his full abilities from the comics, Supergirl would be obsolete, but it breaks my heart to see Space Dad lose so often. Necessary, I’m sure, but sad. 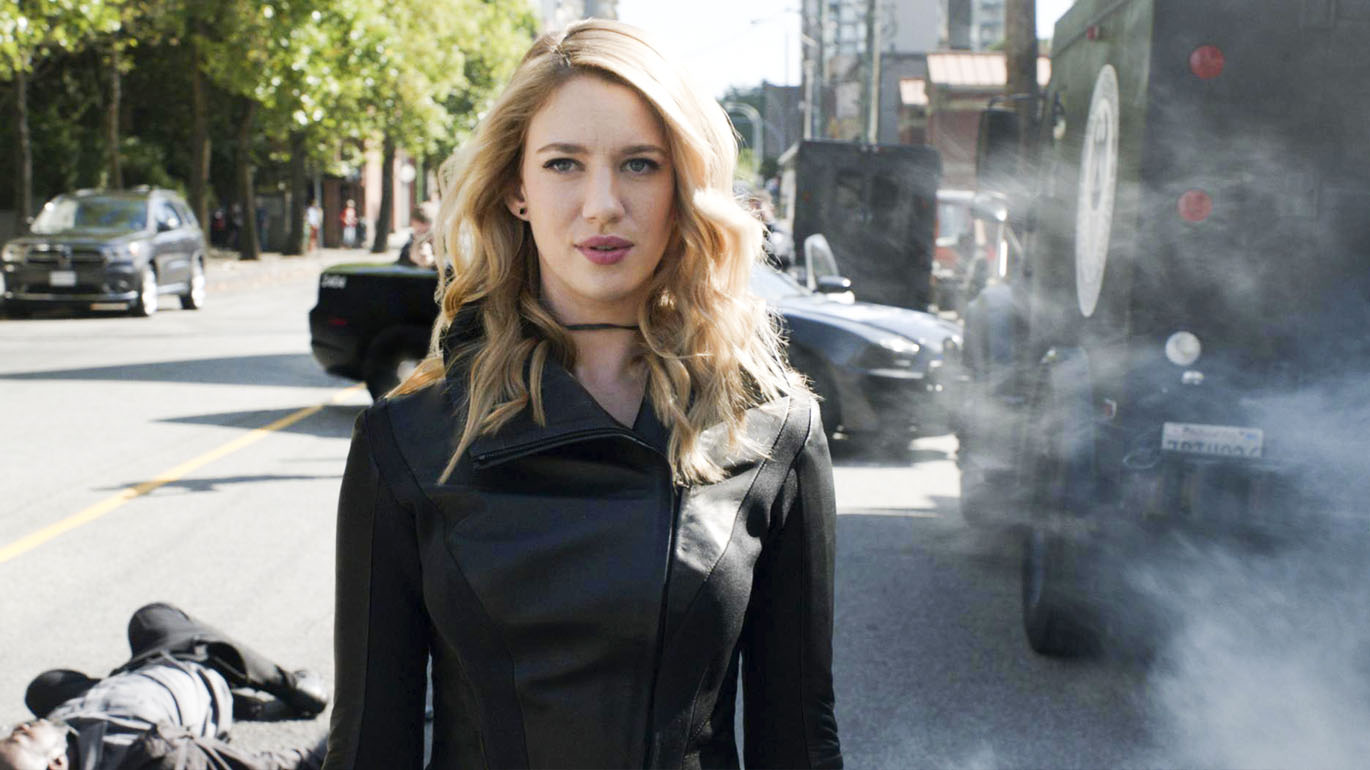 Psi uses her psychic powers to instill fear into her victims. How she acquired such a cool power, we don’t know, but she uses them for the most evil crime in the book: robbing banks, because money is awesome. Instead of sticking to her Midwest robbing spree where there aren’t superheroes to stop her in her plight for more moolah, Psi heads to National City, the home of Supergirl and sometimes the visiting Superman. I’m just saying, she may be played by the gorgeous Yael Grobglas, but she’s not the sharpest tool in the shed. After trying the same failed tactic three times, and succumbing to her worst fears, Winn gives Supergirl a gadget that theoretically would put a stop to the psychic abilities. But in the end, it isn’t the gadget that saves her from Psi, it’s a pep talk from Alex who tells her Mon-El is definitely, totally still alive. Mind over matter. Face your fears. All that jazz.

With all the nonsense in the off-season and the talk of Floriana Lima leaving Supergirl, the Sanvers breakup isn’t a case of if but when. Even though we FINALLY got a cute morning sequence between the engaged pair, their demise is written on the wall.

Last week they argued about Alex’s father not being at the wedding and Kara’s inability to come taste appetizers. This week they bickered over having a DJ or a band. Weddings are stressful. They test a couple, that’s for certain, and these are common arguments for a betrothed pair, but knowing that they won’t last as a couple, it comes across as insulting. To make matters worse, “Triggers” ends on a sour note for Sanvers. Alex, after having a sweet moment with the preteen Ruby, mentions that she wants kids with Maggie. Maggie, despite pushing hard for a huge wedding, doesn’t want the usual domestic life, and is completely against having children. If the Supergirl writers send them down the same path as Calzona from Grey’s Anatomy, we riot at dawn.

Sanvers may be doomed, but Supergirl needs to learn from their relationship mistakes. They spent an entire season building up Kara and James, only to destroy it in a matter of minutes to make room for Mon-El. Sanvers had a great beginning, a positive relationship for the LGBT community, and now I’m afraid it’ll be dragged through the CW mud. Floriana Lima’s departure should signal to them that it’s not okay to treat Maggie and James like relationship candy. They are characters who deserve full arcs in their own right.

For now, I’ll savor my sweet moments between the two, every glance and soft touch, but the fear is there and I dread the day it rears its head.

Children Are the Future

Despite the changes from her comic book counterpart, Reign has been one of the most anticipated arrivals for Supergirl season three. Instead of showing up as the dreaded Worldkiller, she’s a single mother who doesn’t know her own strength. In the premiere, she saved her daughter Ruby from a fallen cell phone tower. In “Triggers”, her daughter has decided that her mother being a superhero is way more important than holding down a paying job or staying in school. Now, I have a son who is an only child and for a significant portion of his life, we’ve had to make do just the two of us. Children get lonely. They love their parents and goodness, sometimes they just feed off attention. 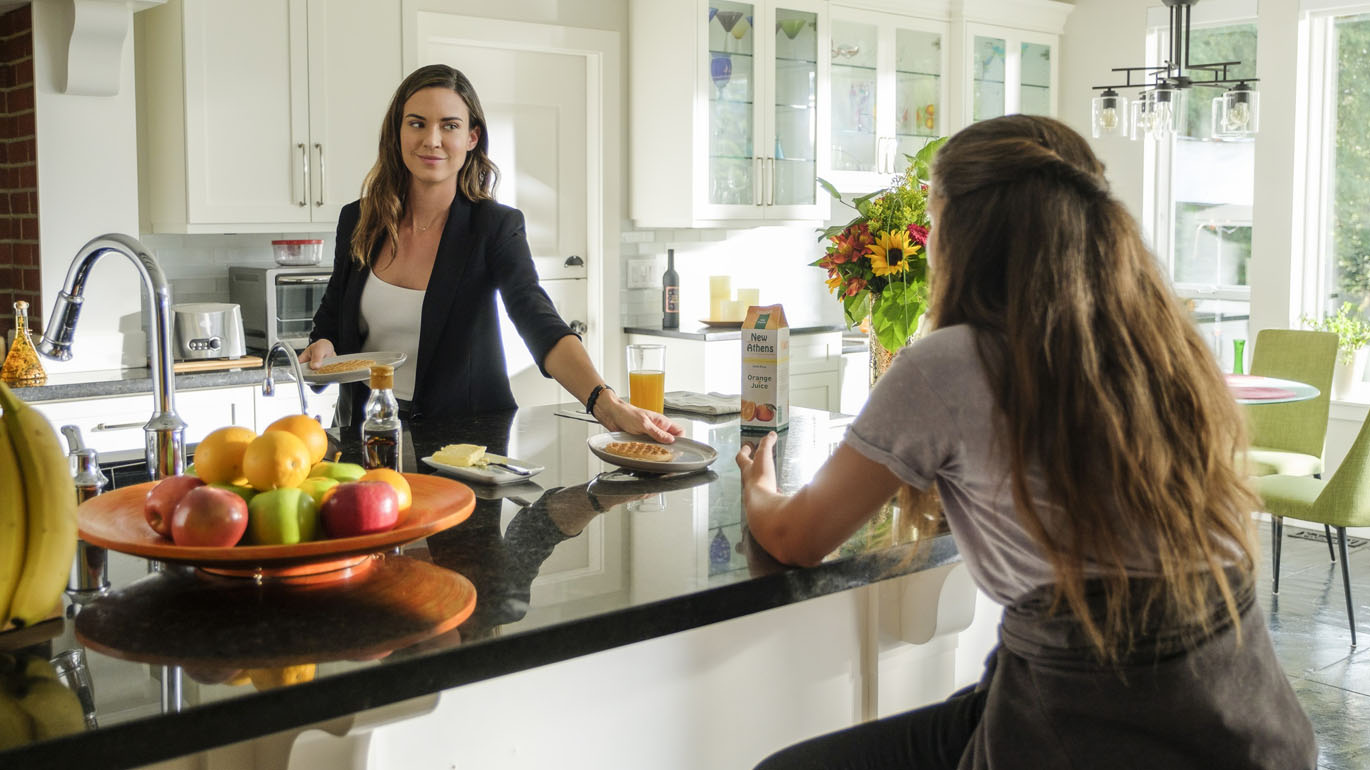 I understand Ruby’s loneliness when it comes to learning her mother is starting a new job. HOW-TO-THE-EVER, she is, what, twelve? Oh hell no child, you don’t get to go punching other kids because you miss your mom or you think she’s a hero and somehow you acting out is going to change that. There are better ways of getting your mom’s attention than running into the street with a wrecking ball doing its business. Tell her you’ve started watching the old seasons of American Idol. Tell her you think the world is flat. Tell her you’re straight. Don’t text mom “come save me” after you ran away to get some pizza after your mom ALREADY HAD PIZZA DELIVERED. Who gave you money? Your allowance is suspended, you ridiculous child. Sure, mom will hug you after Supergirl saves both y’all from your dumb mistake, but you better believe I’d be putting your behind on lockdown after those shenanigans.

Man, the CW doesn’t know how to write children and it really riles me up.

Lena Bought Her Girlfriend a Company

After Morgan Edge (really, with these names, y’all) nearly stole CatCo from under James’ feet, Lena saved her girlfriend’s day by buying the company and convincing her to go back to work. Don’t think it slipped by me that LENA “QUEEN OF ALL THINGS” is the reason Supergirl gave Kara Danvers another go. I’m holding steadfast to every single Supercorp moment and you can try to sway my opinion otherwise, but I have years of delusion at my disposal, so I assure you, you’ll lose.

Lena shows up for her first day at work and James is immediately miffed by her presence. Did he not think his new boss would want to step in and check in on the place? I know Lena acted like it was a gift to Kara, but she’s still a businesswoman. She’s not about to adopt all these new babies and not make sure they’re well taken care of, James. Kara gives Lena a gift, A DANVERS FAMILY TRADITION, and I’m just saying that she didn’t give James a planner when he first started working at CatCo so y’all better watch out. The two girls giggle and flirt and in my mind, they kiss a little, but Kara’s stupid phone rings and she goes off to be Supergirl.

Can we have a little interlude about how ridiculous it is that Lena doesn’t know Kara is Supergirl? Last week, Kara left Lena’s office and literally ten seconds later, Supergirl showed up. Lena is the smartest person on the show. It’s downright INSULTING that the show is playing coy about Supergirl’s identity. Instead of addressing the elephant in the room, Kara continues to dodge Lena’s request for legitimate work all day, so of course Lena has to get stern with her new employee. Girlfriend won’t treat her as such, so she’s going to put down her strong, independent foot and let Kara know she means business.

In the end, they make up, without kissing, sadly, but after Kara’s panic attack in the elevator (with her shirt open and everything–rookie mistake!), I have to wonder how long the show plans to pretend like Lena Luthor isn’t observant about Kara Danvers.

There were so many great Danvers sister moments in “Triggers.” If there’s one positive change to come from the off-season, it’s that it seems like the writers listened to fans about how important their dynamic is to the show. Without the Danvers sisters and their bond, there is no Supergirl. Without Alex, there is no Kara. We need them.

Psi, despite being played by the wonderful Yael Grobglas, was a pretty vanilla villain. I appreciate that she got Kara to open up about her feelings toward losing Mon-El but ultimately, her story and Reign’s beginning as Sam were a bit on the slow side. I hope Psi makes an appearance later in the season. Also Livewire.

I love when TV shows mix up pairings. Maggie coming to Kara’s aid at the beginning was sweet, but more importantly we got another intimidating but kind of cute moment between Winn and Alex.