‘Solo: A Star Wars Story’ Review: You Should Have a Good Feeling About This

Solo: A Star Wars Story will make you want to drive faster on your ride home from the movie theater.

Yes, it’s one of those movies. And yes, that’s a good thing! For a rip-roaring two hours and some change Ron Howard delivers unto the world a Star Wars movie full of speed, grit, and charming smiles. From the opening seconds we are treated to everyone’s favorite scoundrel making an engine purr and as the film plays out we as the audience don’t want him to let up.

It’s not a secret that Solo has had a rough journey to theaters. The film’s original directors were fired and Ron Howard was brought in to essentially reshoot a vast majority of the movie. Rumors abounded that the film’s star, Alden Ehrenreich, wasn’t up to snuff. And many fans really started to worry when Disney failed release any teasers until late-in-the-game February of this year. There was indeed reason to believe that Solo was destined to be a major flop creatively, but low and behold they somehow pulled it off in the end. Sure, some of my goodwill might be stemming from the benefit of lowered expectations but however you slice it, Solo works. 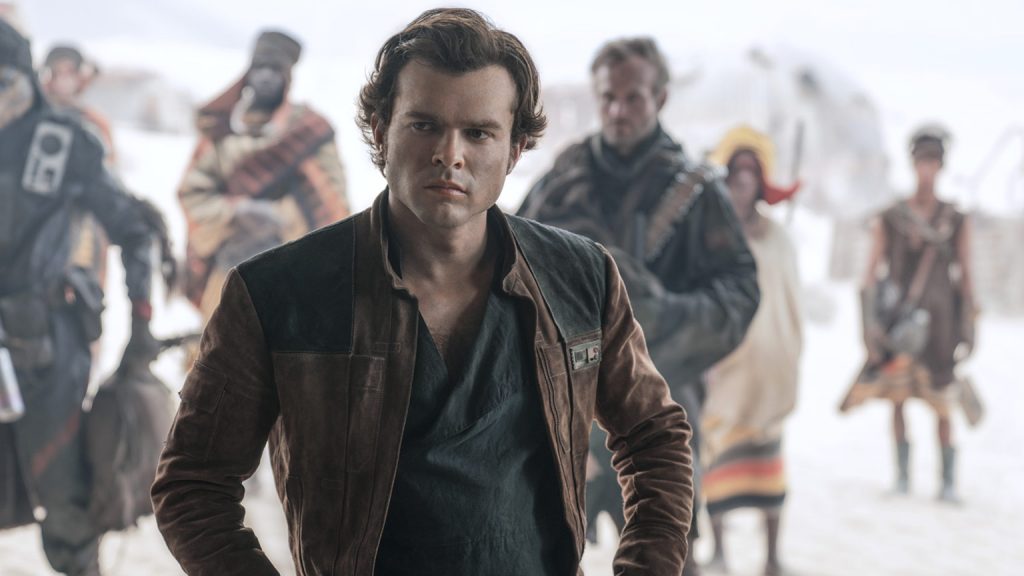 For the first time in the franchise’s history the fate of the galaxy is not in the balance. Instead we are treated to the early years of Han Solo’s life as a rouge as he escapes the confines of a life of servitude by signing up to be a pilot for the Empire, which quickly transitions to a life of smuggling. The plot essentially hops from caper to caper with each successive job upping the danger quotient to see if this cocky young pilot ever breaks a sweat.

Along the way we get to see how Han meets his lifelong friend Chewbacca (Joonas Suotamo) and joins up with a gang populated by the likes of Woody Harrelson, Thandie Newton, and Jon Favreau as a lovable pilot with four arms. Together this motley crew accepts a dangerous mission for Dryden Vos (Paul Bettany) who happens to be one of the galaxy’s most dangerous – and temperamental – gangsters.

What complicates matters is the fact that Vos sends along a lieutenant (Emilia Clarke) to supervise the mission and it just so happens that she used to be a childhood sweetheart of Han’s. He very much still has a thing for her but she is…reluctant to light that flame again, which leads to much questioning about her true allegiance. But as Han soon learns, he should be questioning EVERYONE’S allegiances. It’s basically Casino Royale in space.

But there’s one other major element here to talk about and that of course is Lando freaking Calrissian played to perfection by Donald Glover. Lando gets thrown into the mix when Han’s gang needs to procure a fast ship which leads them to him and the legendary Millennium Falcon. At this point in Star Wars history the Falcon is a lot like Lando – sleek and perfectly groomed – until of course Han gets his hands on it. 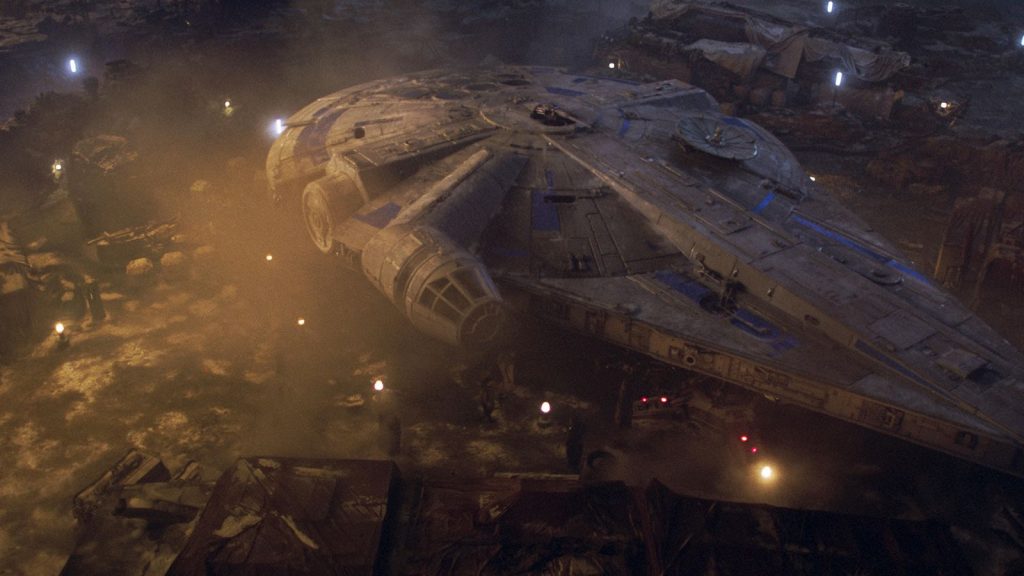 There are moments when Glover sounds so much like Billy Dee Williams that I couldn’t contain my nerdy giggles, but what makes his performance so special is his dedicated relationship to his droid, L3-37 (voiced amazingly by Phoebe Waller-Bridge). L3 is a particularly woke kind of droid who cares deeply about equal rights for the robotic kind. Their relationship is a deep one (and possibly romantic?!) and adds a wonderful element of true friendship that can only be matched by the bond we get to witness growing between Han and Chewie over the course of the film.

And while things like Han and Chewie becoming bros and seeing Han explore the Falcon for the first time are enough to make your geeky blood vessels burst, the film is surprisingly restrained when it comes to nudge, nudge, wink, wink moments. Yes, there is a moment when Han clearly shoots first and a few minor bounty hunter characters get name-dropped, but I was pleasantry surprised to find the screenplay by Lawrence and Jonathan Kasdan focused completely on the here and now of the story at hand rather than constantly hinting at things we already know are ahead for Han.

The film isn’t perfect though. There is a lot of clunky dialogue (it wouldn’t be a Star Wars movie if there wasn’t!) and most of the “twists” can be seen coming from a parsec away. There are moments when the filmmakers were clearly hoping you’d either gasp or cheer, but instead you may greet them with a shrug. There is one truly surprising character appearance that I won’t spoil here but you definitely won’t see it coming. In fact, many moviegoers may leave scratching their heads about it and need to do some post-movie research into storylines that exist in mediums other than film. Hint hint.

Qualms aside, Solo is a fast-paced and charming sci-fi action adventure that looks great and features some truly thrilling action sequences thanks to Howard’s direction. I’m not sure this will ever be anyone’s absolute favorite Star Wars movie, but its a fun romp that doesn’t take itself too seriously and should win back some goodwill from fanboys who didn’t enjoy The Last Jedi.

The world may not have absolutely needed a Han Solo origin story but if we have to have one, this will certainly do the trick.