‘Shadowhunters’ Review: The Day of Wrath is Full of Sorrow

In the latest episode of Shadowhunters, we were shocked by the sudden loss of an important character and the ramifications it will have in the entire shadow world. Here are some of the most notable moments: 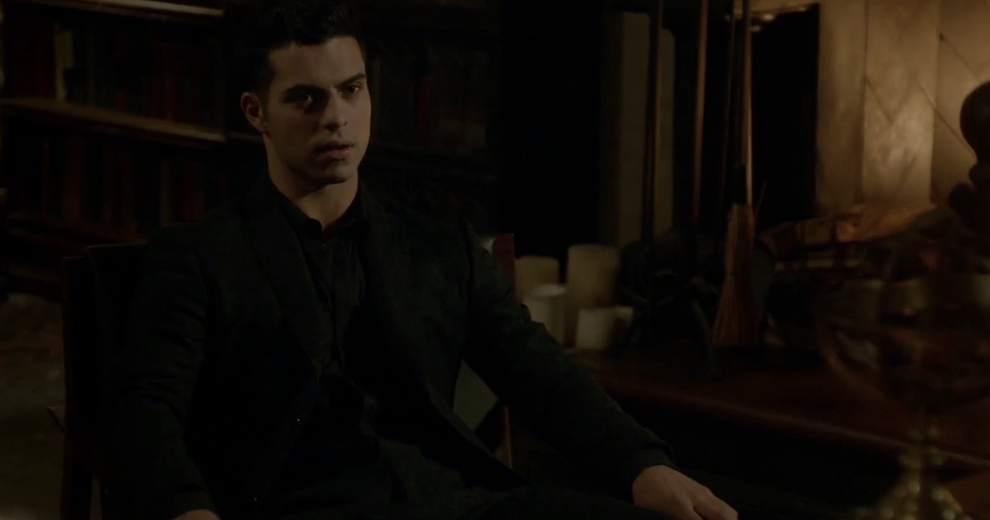 Raphael gets seriously burned by Aldertree and seeks refuge with Magnus

When the Shadowhunters raid another vampire den and find 14 more mundanes drained of blood, Aldertree decides to take more drastic measures and tortures Raphael to incentivize him to deliver Camille. He has a concentrated UV laser that he uses to burn the vamp for motivation. Clearly the current New York Institute leader has no problem with stretching the lines of what’s allowed within the Accords.

Magnus decides to summon Camille and sends her to Idris

After healing Raphael’s wounds, Simon makes an appearance at the loft and the two vamps are about to brawl when the older creature realizes that the puzzle box contains Camille’s grave dirt. Apparently with it she can be summoned from anywhere and that is why she was having her killer snake guard it. However, Magnus is reluctant to turn her over to the Clave. He shares shares some of his past with Simon and tells him that when he lived in London in the 1800’s, he was in a very dark place. One night he was about to commit suicide by jumping of Black Friar’s Bridge and only Camille came to talk him off the ledge. He says that she’s not all bad and so it’s not easy for him to condemn her to the Clave, even though he can’t justify her current actions.

Eventually he has the two vampires run an errand for him on the guise of needing more ingredients and he summons Camille himself and traps her in a cage. This is the first time we are seeing the two immortals together and it’s an emotional scene. She tells him that she knows he’s afraid of being alone and in the end she is the only one who can be there for him forever and that’s why he will always love her. Magnus in turn says that she has sired hundreds of vampires and he can’t ever have children and so those he takes under his wing are his family. He won’t let Raphael suffer the consequences of her actions. If you’ve read the Mortal Instruments books, you’ll know that there is a deep history between Raphael and Magnus as the warlock had been the one to look after the vampire when he first turned many years ago.

Steeling himself, he decides to send Camille to Idris to answer for her crimes. 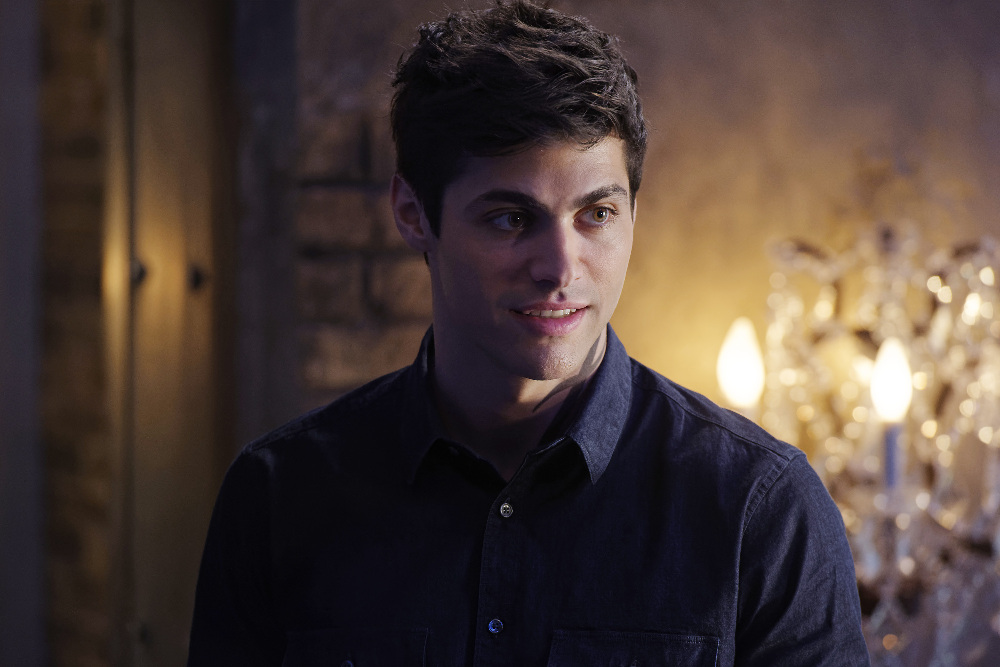 Valentine arranged for a demon to infiltrate the Institute and it begins to possess Shadowhunters. While possessed, the victim is unaware of their actions and the creature uses them to rip people’s hearts out. It was shocking to see Clary come across Alec on the floor with a bloody hand and no recollection of what he’s done. In a panic she goes into her room and sees the dead body of her mother on the floor. HOLY CRAP. Jocelyn cannot be dead. No no no no! She and Luke finally shared a kiss and she can’t be gone. This is NOT OK.

Jocelyn’s death is a departure from the books and now Clary finds herself in the same position as Jace. They only have a crazy father left in their lives.

This event though changes the relationship between Clary and Alec where now it’s Clary who is angry and Alec being apologetic. The two watch the CCTV footage of the young Shadowhunter killing Jocelyn and it’s not pretty. He tries to say something to Clary but she is enraged and her focus is on destroying the demon. 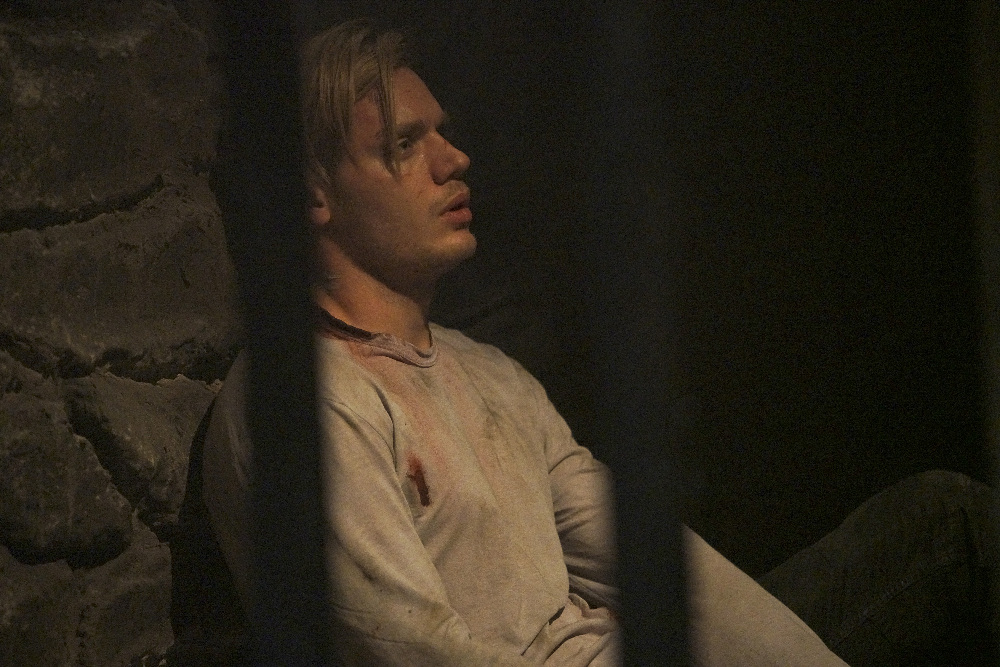 Jace has not been having a pleasant time at the City of Bones. First he goes on trial where Aldertree asks him a series of uncomfortable questions, like is he in love with his sister. His only company is Hodge who is in the cell next door. However things go from bad to worse when Valentine attacks with other Circle members and uses Aldertree to open his son’s cell. The rogue Shadowhunter asks Jace to choose between rotting there for the rest of his life or joining him and having purpose. His son chooses to stay and when he gets released proceeds to kill Valentine’s minions. Dot is there though to protect her master and opens a portal so that they can get away. Aldertree tells Jace to get the mortal sword but instead he decides to save the other man’s life (a Circle member was about to stab him). The only good thing that came out of this was that now Aldertree owes Jace and he is allowed back into the Institute. Also, Valentine killed Hodge. RIP hot Hodge. 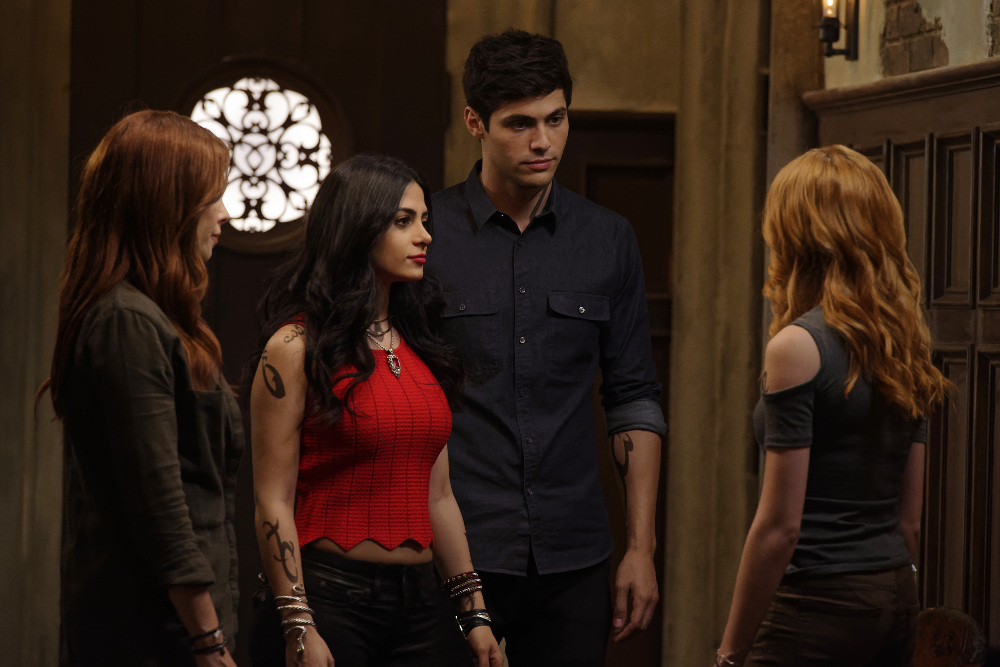 The final scene of the episode has Izzy being possessed by the demon and her pinning Alec down on the ground getting ready to rip his heart out. Unexpectedly Clary jumps up from behind and savagely knifes her. The creature is forced to remove itself from Izzy’s body and Clary slays it soon after. We get a glimpse of the Shadowhunter she can become with this act, one who doesn’t hesitate and gets the job done. Is this the fury of the Morgensterns surfacing?

In the aftermath though, Jocelyn is still dead and Clary has lost the only family she’s ever really had. In the next instance both Jace and Simon show up and Mr. Lewis is the one comforting his best friend. Mother and daughter only recently reunited and Jocelyn was supposed to go to Idris not be gone forever. Jace can only look on, unable to go to her with his conflicting feelings of feelings. Geez things are messy right now all around.

You can catch Shadowhunters Mondays on Freeform at 8 PM.

Previous article
‘Star Wars: The Last Jedi’ Is The Next Chapter in the Skywalker Saga
Next article
‘Supergirl’ Returns To Cheesy Form in Kevin Smith-directed “Supergirl Lives”