In the season finale of Freeform’s Shadowhunters, Jace (Dominic Sherwood) and the Lightwoods discovered that their tutor Hodge Starkweather (Jon Cor), had betrayed them and stolen the Mortal Cup to give to Valentine Morgenstern (Alan Van Sprang).

Hodge had been a member of The Circle, a group of Shadowhunters that had rebelled against the Clave, believing that their government was wrong in wanting peace with the Downworlders. After the Uprising, Maryse (Nicola Correia Damude) and Robert Lightwood (Paulino Nunes), as well as Hodge were among those who turned themselves in. All three were exiled to the New York Institute as punishment, however it was only Hodge who was cursed to remain confined in the Shadowhunter stronghold.

He was born to the Starkweather family in Idris and one of his ancestors is warlock Tessa Gray (who’s mother was born Adele Starkweather). The family had been known to be very cruel to Downworlders and in The Dark Artifices series (a prequel to The Mortal Instruments) Tessa’s mother had been switched soon after birth with a sickly mundane child by the faeries as punishment for her family’s actions. The Starkweathers had once ran the York Institute but by the 20th century they had become impoverished. With this background, its not surprising that Hodge had jumped at the chance to be a part of Valentine’s inner circle when they studied together at the Shadowhunter Academy. 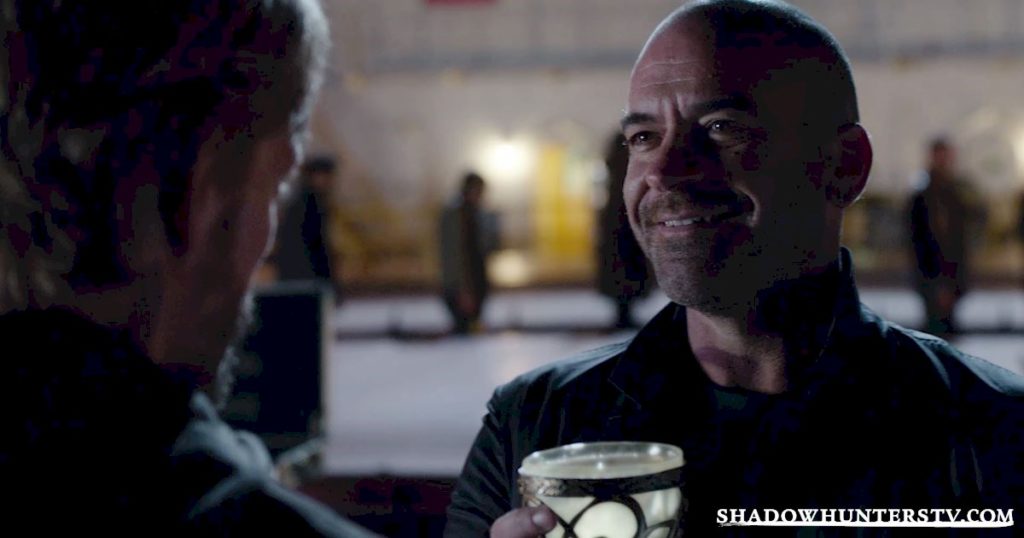 Having been banished to the New York Institute with the Lightwoods, he became the tutor to Robert and Maryse’s children. In the series he was their weapons instructor and had taught Jace everything that he knew. He was also forbidden to talk about The Circle, where if he did a mark that was placed on his skin would burn intensely. We found out last week that he had been the one to tell Valentine about Jace, Clary (Katherine McNamara), and Magnus (Harry Shum Jr.) finding Ragnor Fell and then he had knocked Lydia out after her cancelled wedding to steal the Mortal Cup. During the attack of the Forsaken on the Institute, he had taken a ring that allowed him to communicate with the rogue Shadowhunter in secret. Hodge then negotiated for his freedom because he was done with being a prisoner.

He meets Valentine on his boat and gives him the cup, where he watches new Shadowhunters being made. While the other man does remove the curse as promised, he was not welcome to rejoin The Circle. Valentine valued loyalty and explained that Hodge was a traitor. The Lightwoods’ tutor had not only betrayed him after the Uprising but now doublecrossed the Clave as well. He had served his purpose and was no longer useful. Ouch. Still, he is super pissed that Valentine is abandoning him since he’s about to be hunted a hunted man.

Hodge leaves but is soon found by a vengeful Jace, who is too late to stop him from giving Valentine the cup. The two fight and the younger Shadowhunter manages to chop of his former tutor’s hand in rage. Jace nearly kills Hodge but is stopped by Alec (Matthew Daddario) and Luke (Isaiah Mustafa). Soon though, Jace forces Hodge to take him to Valentine’s hideout (which has disappeared). 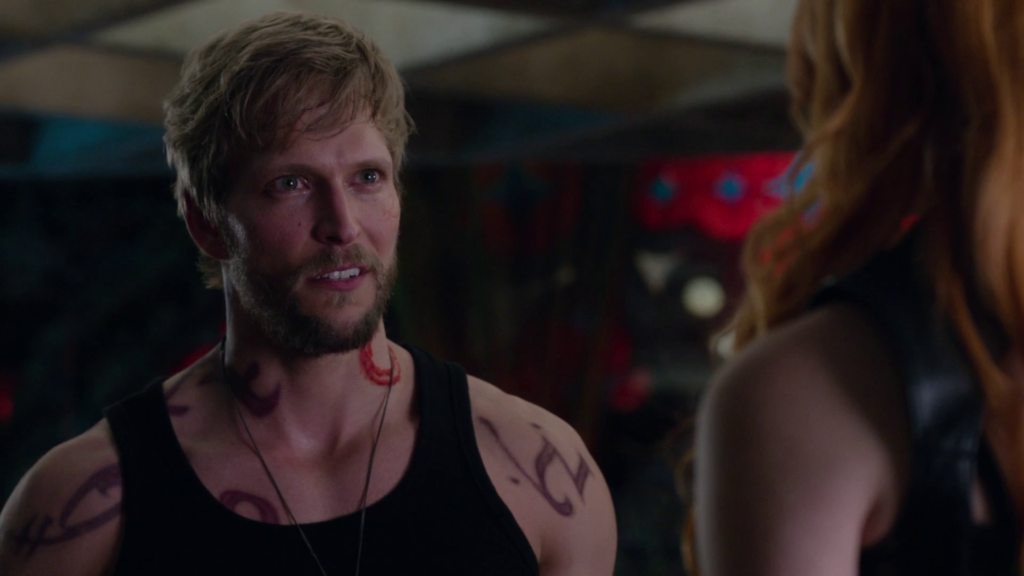 We next see Hodge at the Institute where he is being taken away by other Shadowhunters and is likely going to be taken to Idris for imprisonment. I can’t help but sympathize for his character because he isn’t evil or crazy, he just made a lot of really bad life decisions and now must pay the consequences. Was it unfair that Maryse and Robert negotiated with the Clave so that Hodge got the worse punishment? Yes. Did it suck that he was stuck inside the Institute? Sure. But he also did a lot of horrible things as part of The Circle and betrayed Clary, Jace and the Lightwood siblings for his own selfish reasons.

Previous article
‘Rogue One’ Teaser Trailer is Here
Next article
‘Arrow’ Finally Answers “Who’s In the Grave?” and the Result is “Meh”