‘Shadowhunters’: What Do We Know About Lilith?

We first meet Lilith (Anna Hopkins) at the end of Shadowhunters season two after Sebastian (Will Tudor) created a portal connecting New York to the demon realm of Edom and she came through. She’s on the mortal plane to save her son and this is where we pick up at the beginning of season three.

Lilith has chosen a spot where ley lines dictate that the energy is plentiful as her base of operations. It’s an abandoned hotel where tables are still decorated with cutlery and musical instruments litter the stage. Makes me wonder why this place wasn’t cleaned up? Who would just leave all this stuff there? It’s like a party started then people all just left calmly. Sebastian is on the stage and Lilith cradles him in her arms, telling her son that soon he will return her embrace. So right away we know that this antagonist’s goal this season is to bring the demonic Shadowhunter back to life. 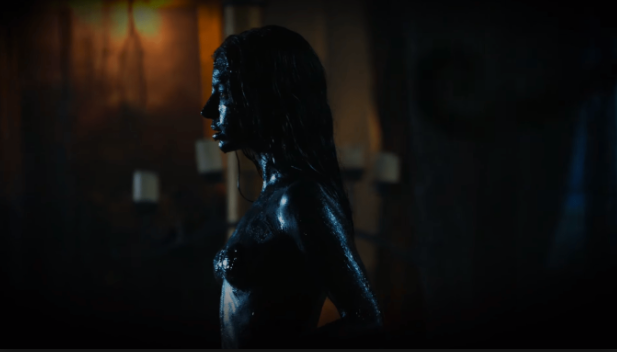 Next we see her at a hospital looking into the nursery where infants lay sleeping. Lilith is no longer in her blackened form but is now dressed in very stylish clothes appearing human. She seems lost in her thoughts when an attendant comes by saying that visiting hours are over. Lilith asks him if she can hold one of the babies and he then questions if she is his mother. Sadly the greater demon says no and reveals that she is barren. The fault is apparently her ex-husband’s Adam who took everything that was rightfully hers and cursed her. The attendee sympathizes and tells her that is awful. He then offers to walk her downstairs and Lilith says that he (Tim) is so kind.

But poor Tim, on his way home in the rain he is stalked, assaulted, and then forced to have his mouth open so that a demon could possess his body. After that, he murders his wife and then returns to Lilith where she welcomes him to the Church of Talto. She then slices his neck open and the blood is poured out on an altar where it will likely be a part of a spell used to revive Sebastian. Demon Tim is then spotted by Ollie (Alexandra Ordolis) who follows the possessed medical professional to closed food court. Luke (Isaiah Mustafa) and Clary (Katherine McNamara) follow and eventually Ms. Fairchild is able to vanquish the creature using her rune powers. Once it disintegrates Lilith screams in anguish back at the Church of Talto.

At the end of the episode, Lilith is seen talking to another demon she calls her “boy.” She tells him that they may have lost their first but there are 33 others waiting for him. Lilith then commands him to go and bring her virtuous disciples. 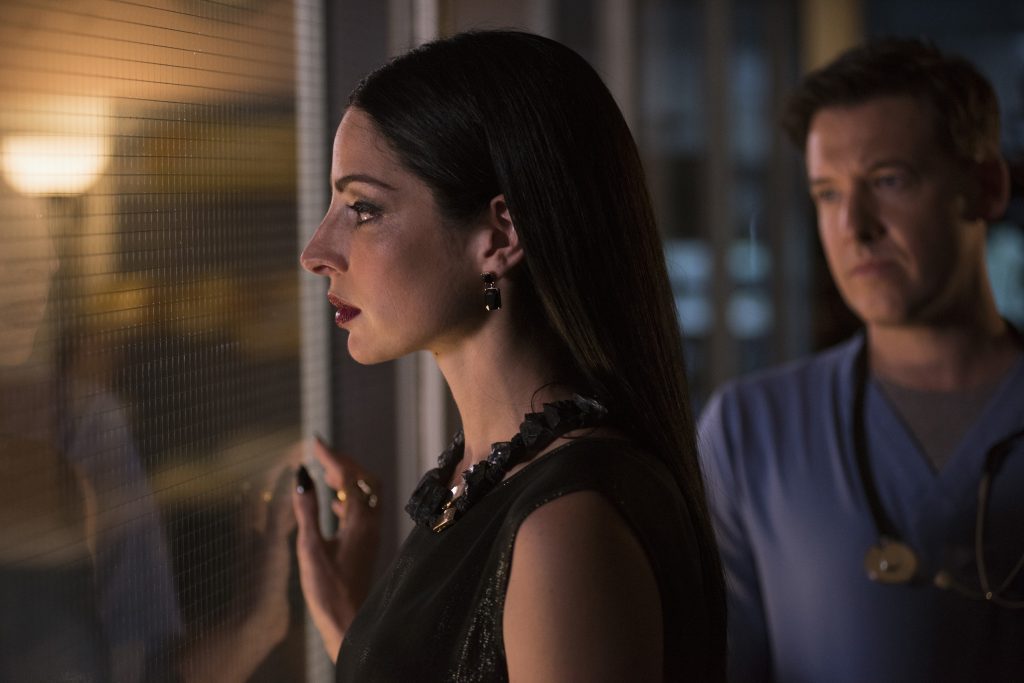 SPOILERS FROM THE NOVELS AHEAD, STOP NOW IF YOU HAVEN’T READ THE BOOKS

What do we really know about Lilith so far? She’s been a major antagonist in The Mortal Instruments series and has also appeared in The Infernal Devices. Lilith is a greater demon and was Adam’s first wife. But because she disobeyed him and God, she was cast out of the Garden of Eden and replaced by Eve.

According to The Shadowhunters Codex, Lilith became the consort of the greater demon Sammael. She is known by many names including Satrina, Abito, Amizo, Izorpo, Kokos, Odam, Ita, Podo, Eilo, Patrota, Abeko, Kea, Kali, Batna, Talto, and Partrash. While she is able to get pregnant, the infants die upon childbirth.

The greater demon had been involved with Shadowhunters for quite a long while. During the Victorian era she was in a physical relationship with Benedict Lightwood and had been the reason why he had gotten demon pox. Then in the 1990s she allowed Valentine Morgenstern to take her blood for his experiments. He then fed it to his unborn son growing within Jocelyn’s womb. The effects of her blood made Jonathan/Sebastian a Shadowhunter with demonic powers. We can see why she considers him her child after being denied motherhood for so long.

In City of Fallen Angels, Lilith began the Church of Talto in order to create more beings like Sebastian. The group performed experiments and injected pregnant women with both Nephilim and demon blood. However, they were unsuccessful as the children were born with deformities and died shortly after. Eventually Clary and the others discover them and Lilith was banished thanks to Simon’s Mark of Cain. Still, she achieved part of her goal, which was to revive Sebastian. This was accomplished through a rune she placed on Jace tying him to her son in a demonic form of the parabatai bond.

She is summoned by Sebastian and her blood is used to make the Infernal Cup, a device that made Shadowhunters into Endarkened ones that served him fully and obeyed his will without question. Lilith also allowed Sebastian to take refuge in Edom where she shares dominion with Asmodeous.

So Lilith is the first human to become a demon and a greater one at that. She is incredibly beautiful, deadly, and fiercely protects those she values. Anna Hopkins has done a terrific job in portraying the strong female character and while she may be the antagonist, she’s doing what she needs to do to bring her son back to life. Lilith is certainly proving to be a worthy adversary for Clary and the team as she continues to wreak havoc in New York.

@theworkprint
Follow
Previous article
Get Your First Look at Syfy’s ‘Nightflyers’
Next article
‘The Magicians’: The Seventh Key is in Timeline 23