This week’s episode of Shadowhunters was all about inter-dimensional travel as Clary and Jace  head to an alternate world to find a portal that will lead them to Valentine.

Meliorn grants the budding Shadowhunter a favor for rescuing him by explaining that her portal shard necklace had actually come from another timeline. The seelie takes Clace to a remote location (that only his people know as they serve as their guardians) where Clary can enter another dimension to find the portal. This other world is different though as the Shadowhunters had won the war against demons many centuries ago and their culture faded as there was no longer a need for them. Downworlders in the meantime fully assimilated with the mundanes to remain anonymous.

It was a lot of fun to see the characters have different lives but still have their core personalities intact. 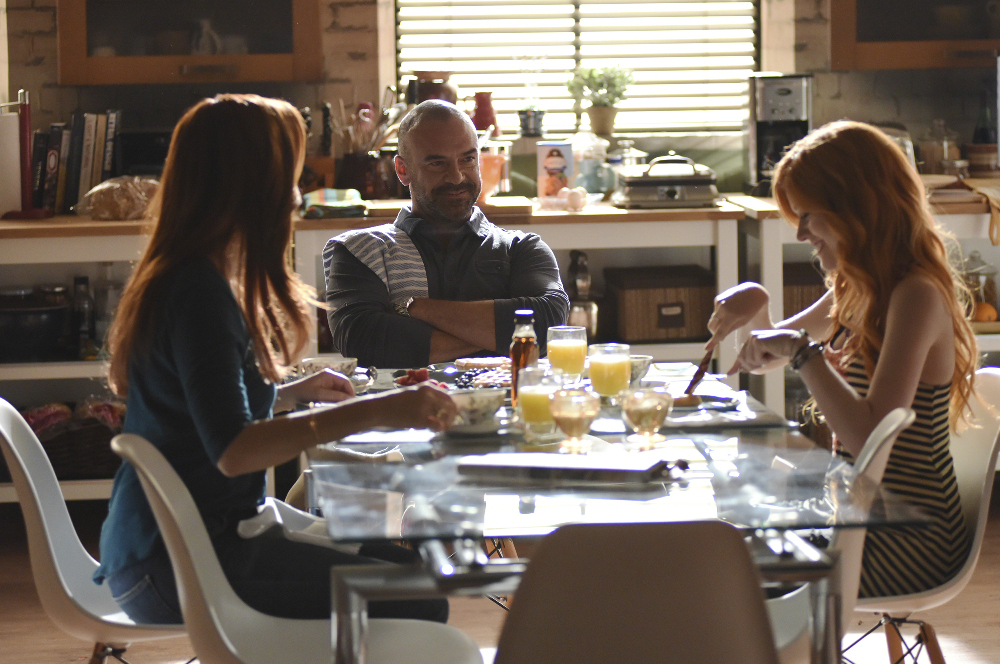 In this world, Valentine never went crazy. He is still married to Jocelyn and is very much an important figure in Clary’s life. He appears to be the head of the New York Institute and works closely with Isabelle where they’ve developed a super high-speed internet service. He ends up throwing a Mad Hatter party at the Institute, which is a nice nod to how in the main timeline he’s pretty nuts. Also it is so good to see Jocelyn again!

We briefly see Hodge and Luke via a commercial advertising Magnus Bane’s psychic readings on television while the Morgensterns are having breakfast. Hodge has become the owner of a dojo, while Luke had given up being a police officer and opened his own bookstore. In The Mortal Instruments book series, the werewolf had been a bookseller. 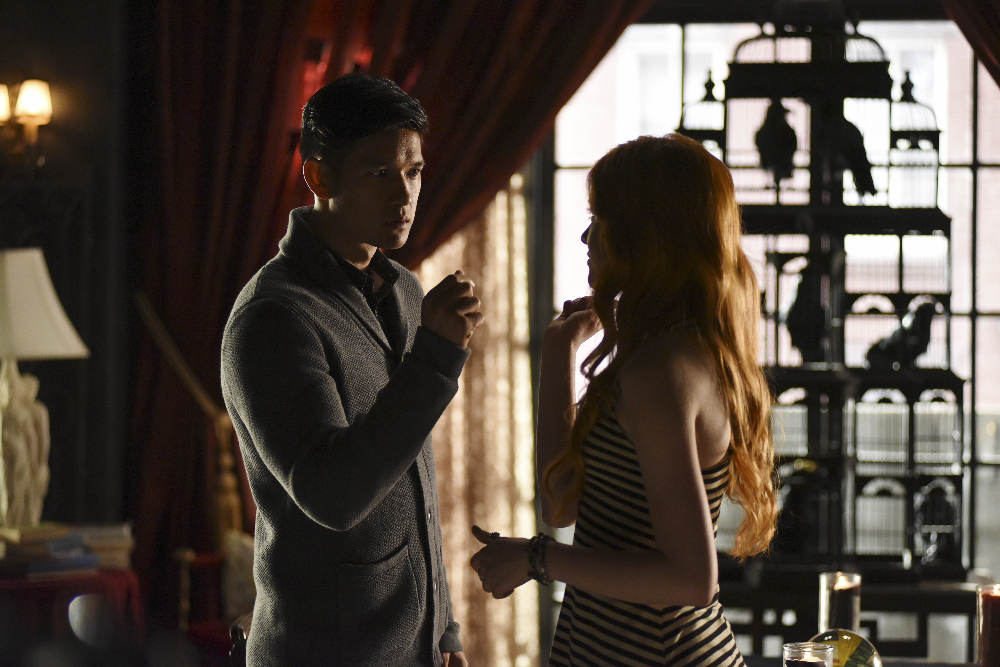 Clary quickly realizes that she needs Magnus’ help to find the portal in the alternate dimension. When she eventually locates him, he dresses quite conservatively in comparison to the flamboyant warlock that she knew. He confesses that his powers have gone dormant after not using them for so long. Still, he promises to help her and even takes a potion that is supposed to jumpstart his abilities. When he finally makes it to the Institute, he is true to his word and helps Clary and real Jace (who had followed her into the alternate dimension after he and Meliorn were attacked in the forest by a demon) find the portal. He activates it and sends them through before closing it forever to protect his world. 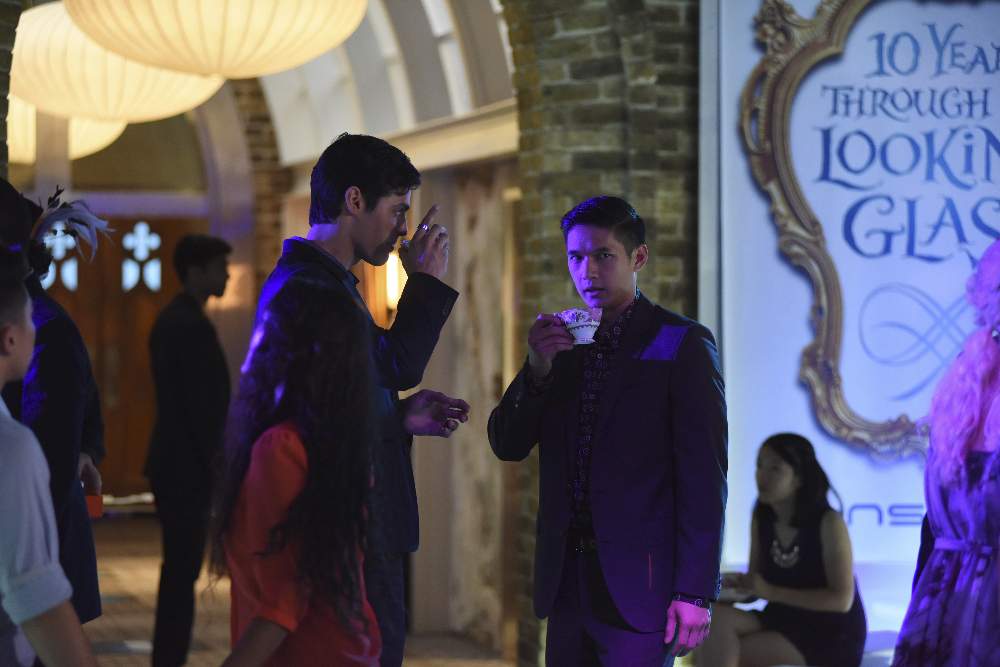 We first see Alec in this episode hanging out with Izzy and Simon outside Java Jace (you read that right!). The elder Lightwood sibling has been planning the anniversary party at the Institute and is the one who allows Magnus to come in even though he’s not on the guest list. Their personalities are somewhat reversed in this world where Alec is doing the chasing and I love it. 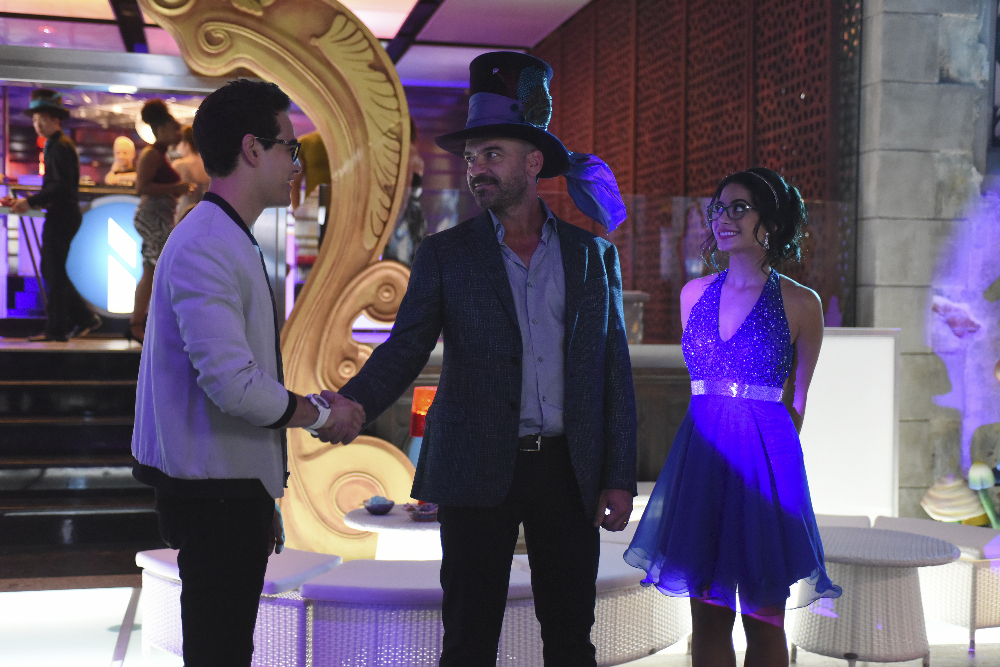 Sizzy is full on in this reality but Izzy is the lovable dork (love the Star Wars shirt) while Simon is the cool dude in a band. What’s also nice is that she’s still incredibly smart but her demeanor is completely different from the Isabelle we know. This version is a little awkward with a crush on Valentine but still with a heart of gold. Meanwhile Simon is still BFF’s with Clary but clearly has an aversion for blood. He’s wearing trendier clothes and ends up asking Izzy to move in with him. Awww!!! 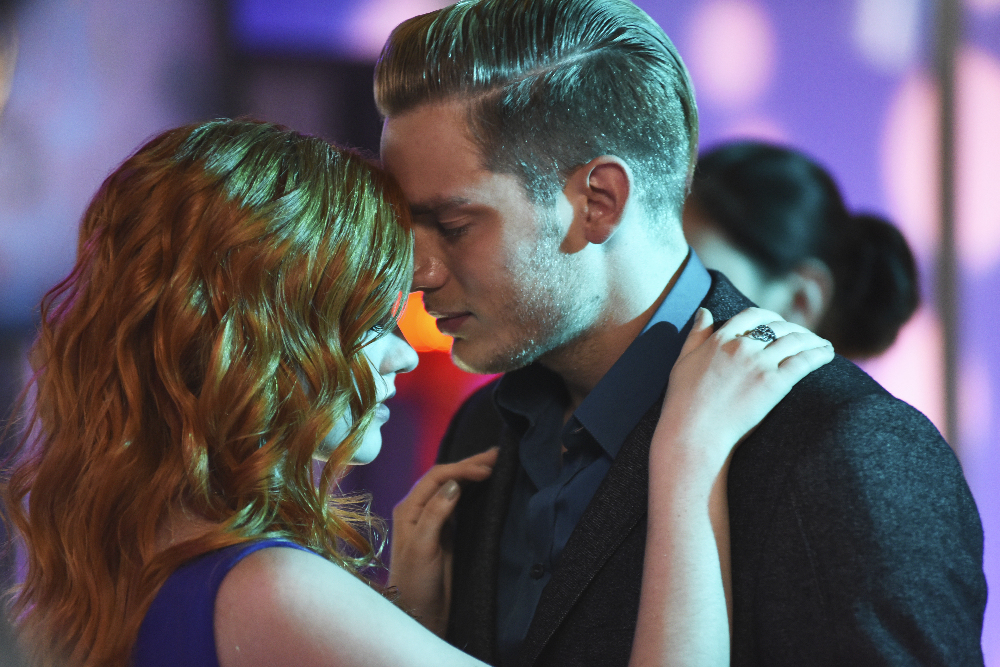 Alternate Jace runs the coffee truck and is still head over heels for Clary. But when a demon shows up he freaks out and she’s the one who has to defend him, which was so adorable. Never having any Shadowhunter training, Clary tries to comfort the trembling Jace who has never seen a demonic creature before. Also, he was super nervous meeting Valentine, I mean Mr. Morgenstern for the first time.

This was a peek at what Clary’s life could have been like had certain events turned out differently. Still, she’s grown so much already from the girl who new nothing about the shadow world to one that fought a demon as soon as she saw it. With Alec and Jace’s weakened parabatai bond, Izzy being charged with treason, and Clace finding Michael Wayland at Valentine’s hideout, next week is going to be a charged episode.

@theworkprint
Follow
Previous article
‘The Magicians’: Maxwell Sheffield, I Mean Christopher Plover is Evil
Next article
The Definitive Ranking of Batman and Superman’s Cinematic Enemies Before They Fight Each Other