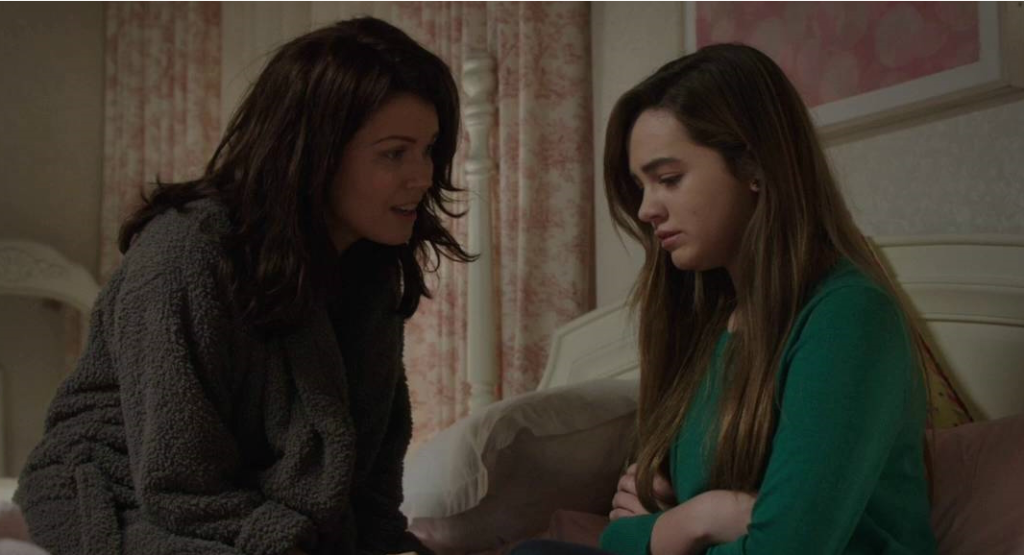 This isn’t the article I intended to write about Scandal this week. I was going to talk about how the season has started slow but, with the last episode, picks up some very exciting steam as far as our Fitz-Jake-Rowan storyline. I was a little bored with Mellie’s persistent failure to do her job in the face of her grief, to be honest, but this week?

Mellie sees her daughter, a girl who just lost her brother and is forced to deal with the fallout while the world watches.

I don’t have children but I do write books for children, and one of my passions is making sure that my characters are as positive as possible about sex. It’s important to me that girls aren’t held to a higher standard than boys and that feminine sexuality isn’t demonized the way it has been for, well, forever. Which means there’s a certain scene in this week’s episode that made my cold little heart so, so happy.

When Mellie goes to talk to her sixteen-year-old daughter about the scandal threatening her future, she handles it in the most perfect way possible. The way that I’m sure would be hard if I were facing my own daughter, but with a script every woman should have tucked away in case she needs it – for a friend, a student, a daughter, a niece.

She tells Karen that if having sex with the two boys made her happy, or made her feel empowered or turned her on that she would try to be happy for her, no matter how many seizures it gave her mommy heart.

Let’s stop right there and let that sink in.

Mellie suspects (rightfully so) that Karen had sex with those boys because she’s grieving. Because feeling something is better than feeling nothing and for a few hours at that party she could be a girl whose brother didn’t die right in front of her, and she’s right. She knows her daughter. But she didn’t start there.

She started off with the statement previous statement about loving her no matter what decisions she makes about her body. Important. 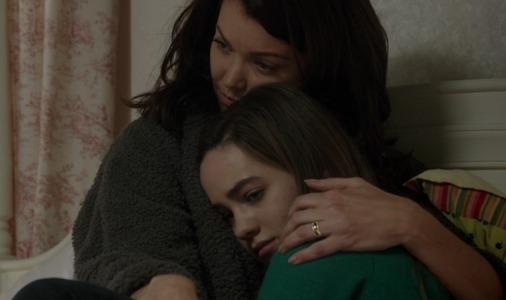 But Mellie’s not done, y’all.

She puts her arms around her daughter and tells her that if she were a boy, the media and everyone else would be laughing and high-fiving her for taking two people to bed at once. That if she weren’t the president’s daughter this would be a small blip on her radar and that she’s sorry the world is so sexist.

What an empowering talk to have with your teenage daughter. Point out every day sexism and why it affects a girl’s life differently, but don’t condone it. Hate it. Acknowledge that, as a mother, you’re not ready to think about her growing up enough to make sexual choices but that you don’t judge her for what makes her happy. That translates into this: no one else has the right to do that, either.

The whole episode was strong but that conversation blew me away. If more writers and television shows would take the time to point out the small injustices in the world, the sexism and misogyny in every day life, to deftly show us the best possible way to handle them when speaking with young people, we might be taking a few more tiny steps in the right direction.