Tonight, NBC airs it’s highly anticipated new series Reverie. Starring Sarah Shahi (Person of Interest, The L Word) Reverie tells the story about a virtual reality program so good that some people just don’t want to leave.  Last year are New York Comic Con, we had a chance to sit down with some of the actors and personnel behind the series to tell us a little more about the show.

The vision for Reverie’s science fiction virtual reality world came about when creator Mickey Fisher saw that there was a market for a procedural with an unconventional background story:

Fisher: “Someone was looking for, ‘how do you tell a weekly mystery that’s not a doctor or a lawyer or a policeman?’ I’d had this idea about this virtual reality company that created this program that allowed you to design the world of your dreams, and it was so good that people started getting stuck and they would need to pull somebody out. So there’s this mystery: Who is this person? Why are they stuck? How are we gonna get them out?” 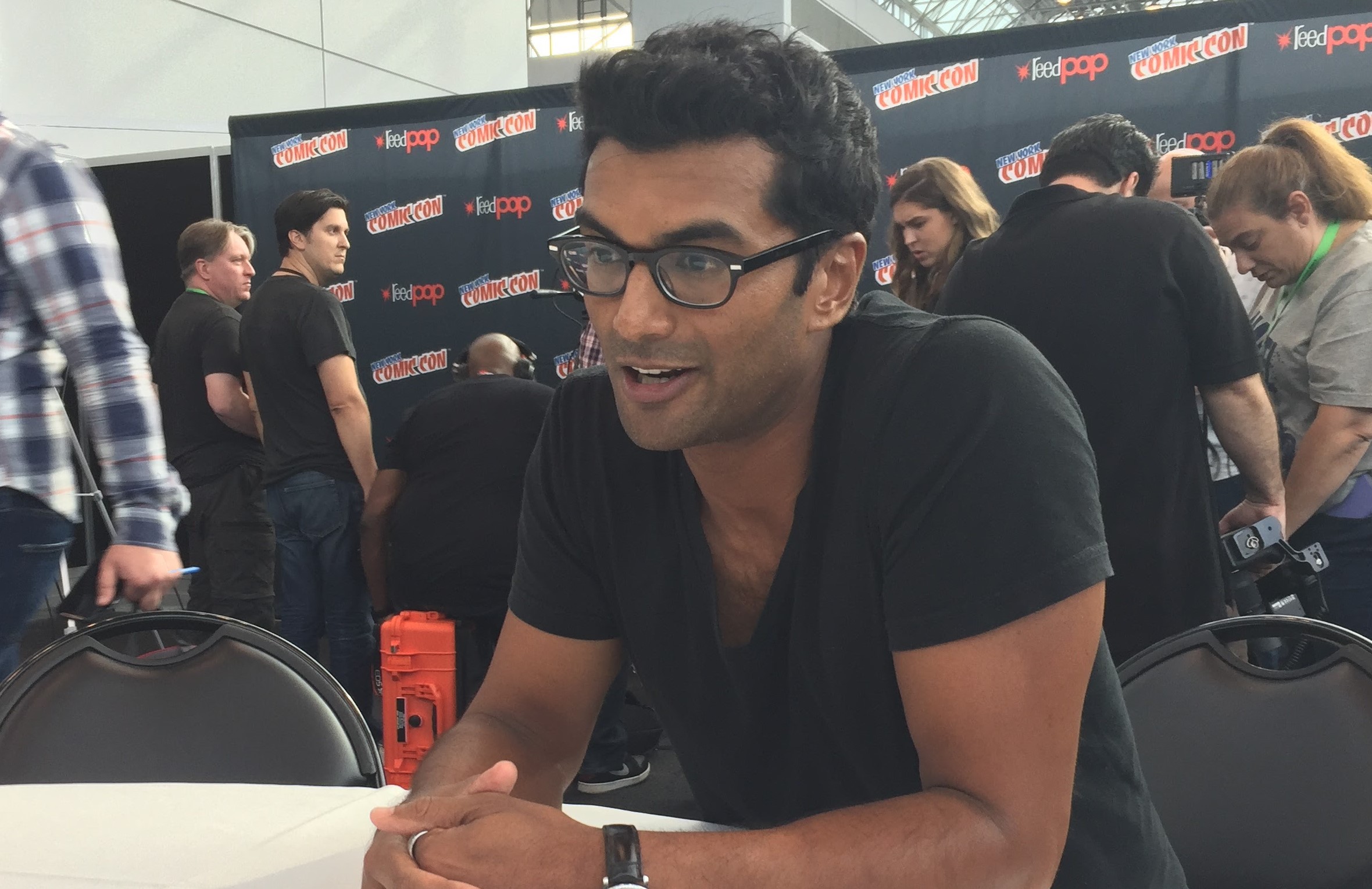 Sendhil Ramamurthy, an actor not unfamiliar to the sci-fi genre, plays Paul Hammond, Reverie’s Chief Oneirologist (aka a dream scientist). As the Chief Oneirologist, Dr. Hammond data mines clients’ social media feeds to help build the world they want when they enter into Reverie. If someone has lost a loved one or has pictures of their favorite places documented on their social media feed, Dr. Hammon curates all of that information to make their perfect fantasy world. One thing Ramamurthy found compelling about Reverie was that the science fiction aspects of the story are grounded in reality and real-world scenarios that could actually happen.

Ramamurthy: “It wasn’t about ‘Oh the world is about to be destroyed and we are going to come and save it.’ It’s more about saving a person’s life or making a person’s life better. It’s about wish fulfillment. This whole show and the Reverie program is about wish fulfillment. And it also raises real-world questions: Is it always a good thing to be able to get what you want all the time”

And that is the problem with the Reverie program, people don’t want to leave More people than expected are getting stuck in Reverie and it has real-life consequences. While their mind may be in paradise, their bodies are still in the real world where it needs food and sustenance to survive. If individuals stay in Reverie for too long, the results can be fatal. That is where Sarah Shahi’s character Mara Kint comes in. Mara Kint, a former hostage negotiator who is recruited to help pull people out of the Reverie program, is a very different character from her previous role as Sameen Shaw on Person of Interest, which is what drew her to the role.

Shahi: “How is she different from Shaw? Well, you know, there’s so many differences. I mean, I’m not an assassin, that’s the main difference. Shaw was a character who was very, a lot of things were bottled up inside and she wasn’t allowed to show much emotion. She couldn’t show much emotion whereas Mara is plagued by her emotions and especially now that she’s kind of being haunted by her past. She’s definitely going down that rabbit hole of crazy, and she can’t escape it. Where Shaw was someone who would bottle everything up and she would not let her emotions control her this character is struggling trying to not let her emotions control her[…] One of the things that drew me to this role was definitely that this character was struggling. And she was vulnerable and it wasn’t something that they were afraid to write to. I just really like the idea of playing this imperfect person.”

Reverie is a landmark show with Sarah Shahi as the first Persian female actor to lead a network tv show. But the diversity doesn’t just stop with it’s leading lady; it is present throughout the entire cast and the stories told.

Fisher: “One of the things that we felt, and connected with early on is that this is a show about people from all walks of life and points of view and if they are all middle-aged white males then the fantasies would all be pretty much the same.”

Tom Szentgyorgi (producer): “One of the tenants of the show is that fantasy is a window to character, that if you know what someone dreams, you know something about them. And in fact, what Mara is doing is picking her way through people’s dreams and learning about them in effort to help them, but to do that we needed as many different, you know getting ideas for dreams from as many different places as possible because otherwise, it was going to start to feel monotonous.” 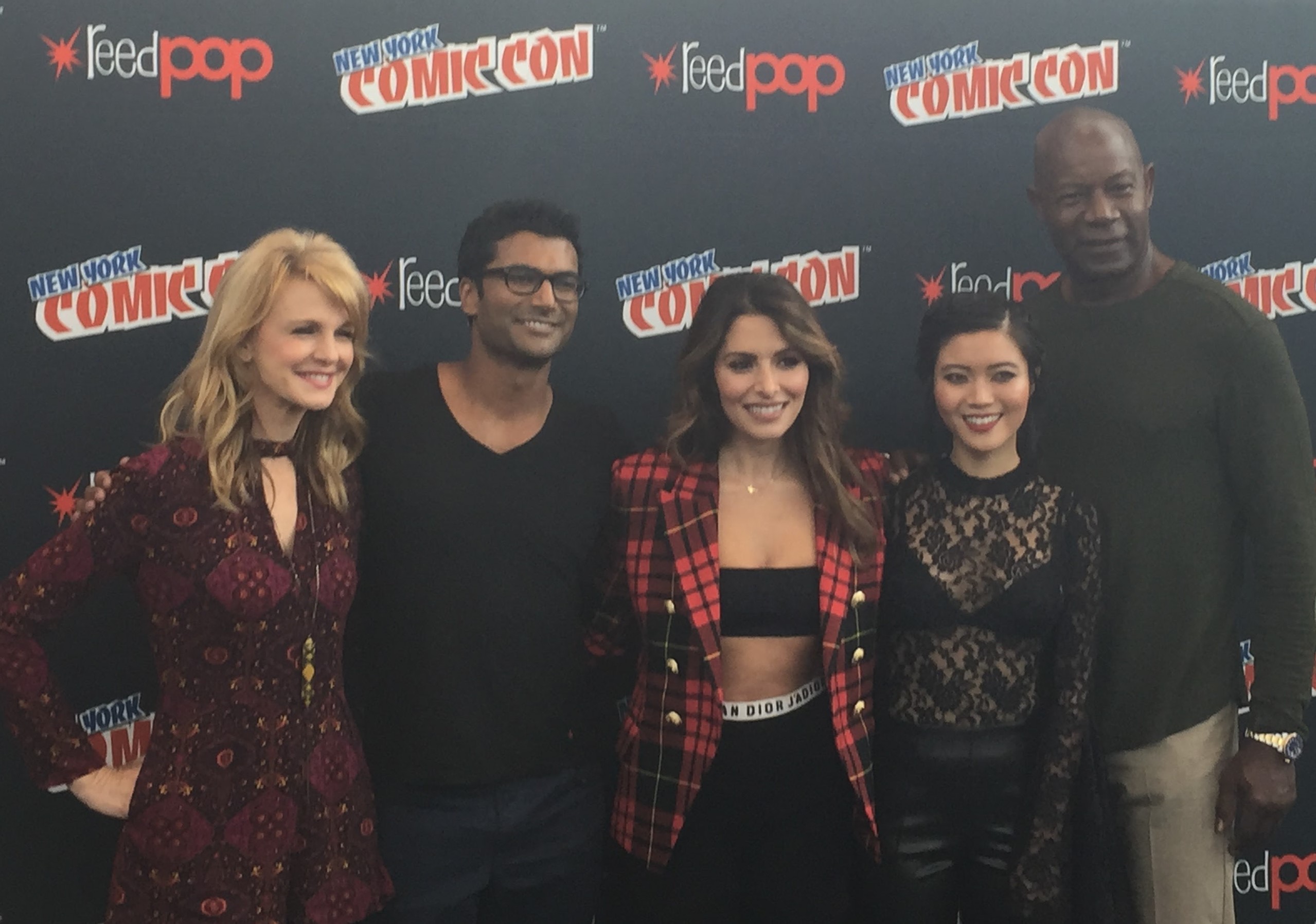 Even though Reverie is a sci-fi procedural, at its core the show is about the intersection of empathy, desire, and need, and that is exactly what Fisher envisioned for the show from the beginning.

Fisher: “The line we use a lot, though I doubt will ever show up in a poster, is it’s a show about the distance between want and need. And that fantasy is what you want, and you think you want, you know ‘I want to be rich, I want to be young,’ but need is what you actually require and part of what Mara does is she helps people make that walk from fantasy which is what they “want” to what they need, which may well not be satisfied in a fantasy.”

Reverie premieres Wednesday, May 30th at 10 PM on NBC.