Thanks to a wave of nostalgia, I watched a few original Quantum Leap episodes this past week. And by a few I mean the entirety of the 9-episode first season, a handful in the second, and then Season 3’s “The Boogieman,” which originally aired on October 26, 1990, because it was Halloween. Hey, I was really tired, okay?

2022’s Quantum Leap had the serendipity to air on Halloween, and “O Ye of Little Faith” certainly delivers on the spooks and chills. The episode feels like the creative team went, “Let’s do The Exorcist, except it’s Quantum Leap.” Ben leaps into Father Davenport, a priest who’s been called by a wealthy 1930s family to exorcise the demon that has possessed their 18-year-old daughter, who is now confined to her bed. Cue creepy voices, rolling eyes, levitating off the bed, and other classic Exorcist-style signs of demonic possession. 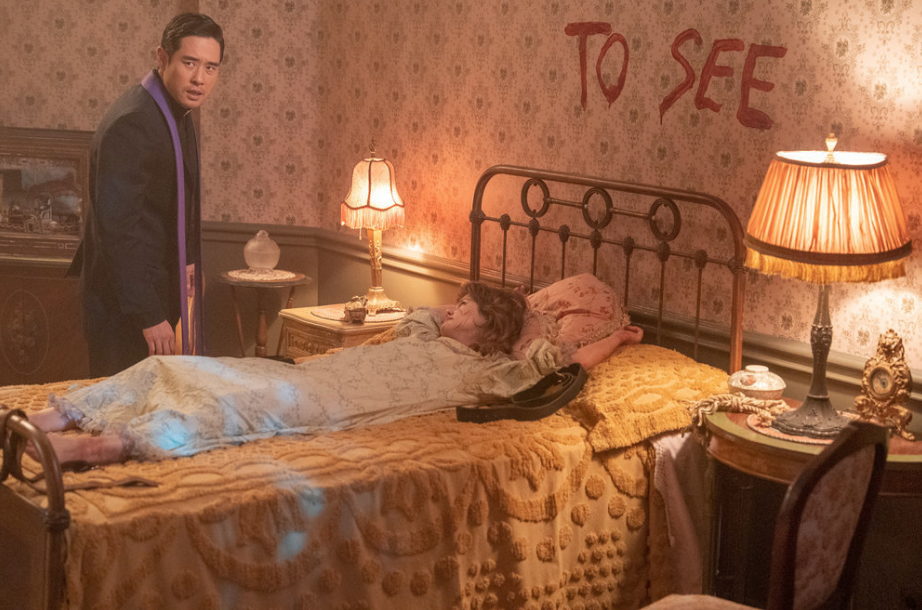 For those who don’t recall, 1990’s “The Boogieman” also started with a creepy old house. Sam leaped into a 1960s horror writer, and one by one people start dying around him. The episode is old enough to run for the US Senate but just in case, *spoiler alert* the culprit turns out to be the Devil. Yes, the actual Devil. I didn’t see it coming in a sci-fi show but come to think of it, the original Quantum Leap could almost be considered fantasy.

Rewatching the original series, it’s striking how un-ironically Sam Beckett believed he was doing God’s work, that God was the one leaping him from person to person to put things right. 2022’s show, on the other hand, just says it’s “the computer” leaping Ben around as if there’s an unknown scientific algorithm behind it all. Notably, Ben himself is a non-believer, and when Addison first tells him that his job is to perform an exorcism, he scoffs.

Addison’s hologram gets cut off for mysterious reasons, leaving Ben to figure out for himself how to save the day. On the one hand, he’s a skeptic, and he’s sure there must be some rational explanation for the girl’s apparent possession. On the other hand, he’s starting to see some really weird things…

The 2022 show’s seventh episode finally brings the focus back to Ben’s adventure in the past, with the 2022 storyline reduced to a handful of scenes. Perhaps because Addison wasn’t there to pine over, Ben actually seemed fully invested in his quest this time around, and for that reason, as a viewer, so was I. What happened to that poor girl, and what’s going on with this weird rich family? How is Ben going to get rid of this demon when he barely even believes demons exist? I actually felt the stakes this time; I really cared about how he was going to resolve this. 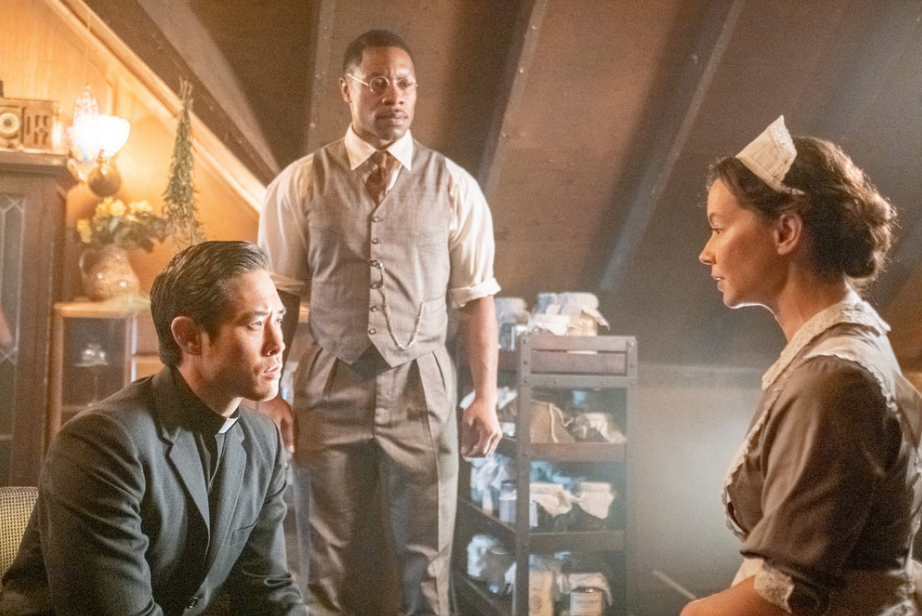 “O Ye of Little Faith” is absolutely a worthy successor to “The Boogieman” (and a worthy tribute to The Exorcist), with enough spooks and terror to satisfy many a horror fan. In fact – dare I blaspheme? – I’d say it’s better. Mostly because the plot makes more sense, and the ending isn’t so… gimmicky (I mean, the Devil?? Really??? Would still 10/10 rewatch the classic episode on Halloween though…). It’s also one of the better episodes this season thanks to its commitment to its adventure-in-the-past storyline.

The episode hints at further 2022 shenanigans that’ll likely change this balance next week. I’m not opposed to more time being dedicated to that plot, especially since the classic show’s almost complete lack of a contemporary storyline was always a bit odd (the narration told us Sam hoped to leap home, but Sam never seemed to care much… telling ain’t enough if you don’t show, writers!). I only hope we won’t have a repeat of the sixth episode’s dynamic, where even a fantastic guest star and expensive disaster-movie-type special effects couldn’t make Ben’s adventure in the past feel like it mattered.