PAX West 2017: ‘Tales From Candlekeep: Tomb of Annihilation’ is an easy introduction to D&D

Dungeon and Dragons is an intimidating fandom. Obsession with the Forgotten Realms world usually starts at an early age when the brain is like a sponge, able to retain all the intricate details of the sprawling world. It has board games, hundreds of fiction books, video games, and of course, the classic pen and paper RPG. Now that being a dork is considered cool, more people than ever want to dive into the Dungeons and Dragons many worlds, including our boss man, Bilal Mian. But as an adult, the dive can be a daunting one when there’s so much out there. Board games are expensive and pen and paper RPGs have steep learning curves. That’s why Tales from Candlekeep: Tomb of Annihilation is so appealing: it’s an entry level game into the world of Dungeons and Dragons.

Candlekeep is a dungeon-crawling, procedurally generated digital board that follows the story of Tomb of Annihilation, a new series set to debut within the D&D world.

“On the deadly peninsula of Chult, an adventuring party must fight their way through dangerous jungles, labyrinths and dungeons to find and reverse the cause of the death curse. Choose to play as one or more of the four adventurers (Artus Cimber, Asharra, Birdsong, and Dragonbait) to face many perilous challenges and deadly foes throughout the quest.” 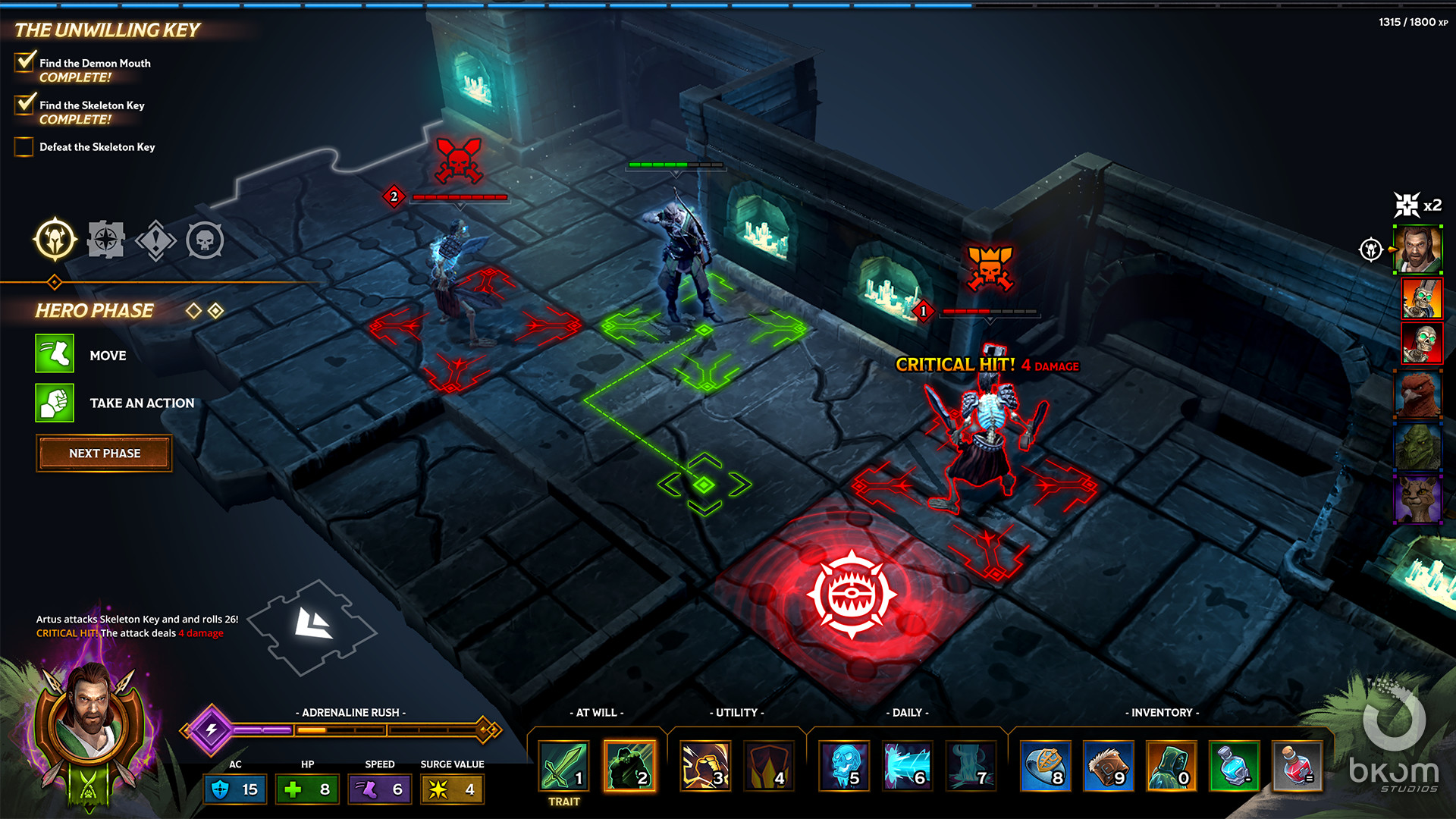 Developed by BKOM Studios, Candlekeep takes care of all the minute details of the RPG campaign for you, allowing you, the player, to simply focus on exploring the dungeons and fighting the enemies in turn-based fashion. With Candlekeep, you don’t have to worry about how to best level your character based on his or her class. Experience is even across the board for all four characters. Skills are automatically added to your hotbar and the loot is automatically placed in your inventory. And the game even auto-equips the best items. All you really have to worry about while playing the game is exploring and fighting enemies.

This simplicity does come at a cost. Because the four main characters are pre-generated and the game handles so much of the number intensive mechanics, Candlekeep suffers from a lack of individuality. Role-playing isn’t where a game like Candlekeep is going to excel. Sure, the dungeons are procedurally generated and that makes every quest unique in its execution, but the goals and the characters remain the same, so if you want an RPG to immerse yourself in, Candlekeep isn’t it. You’d be better off with something like Divinity: Original Sin or even Dragon Age Origins.

But if you want a Dungeons and Dragons virtual board game experience to play with your friends, Candlekeep looks solid and at a price point of $15, it’s significantly cheaper than any other alternative. And who knows? Maybe it’s the gateway drug your friends need to get into the harder D&D games.

Tales from Candlekeep: Tomb of Annihilation is slated to release sometime in October of 2017 on PC.