CultureComics
May 12, 2022
By: Christian Angeles

Announced earlier today, the Patsy Walker Infinity comic series debuts on Marvel Unlimited. In this vertical comic, Patsy, along with her rival Hedy Wolfe, host a competition against one another to meet their absolutely favorite singer, the one-and-only, Chad Collins!

The limited series is written by writer Trina Robbins and tells a tale about Patsy that’s set in 1955. A period that focuses on the hero’s awkward yet retro teen beginnings. The comic also has art by Derek Charm and features colors by Rico Renzi. 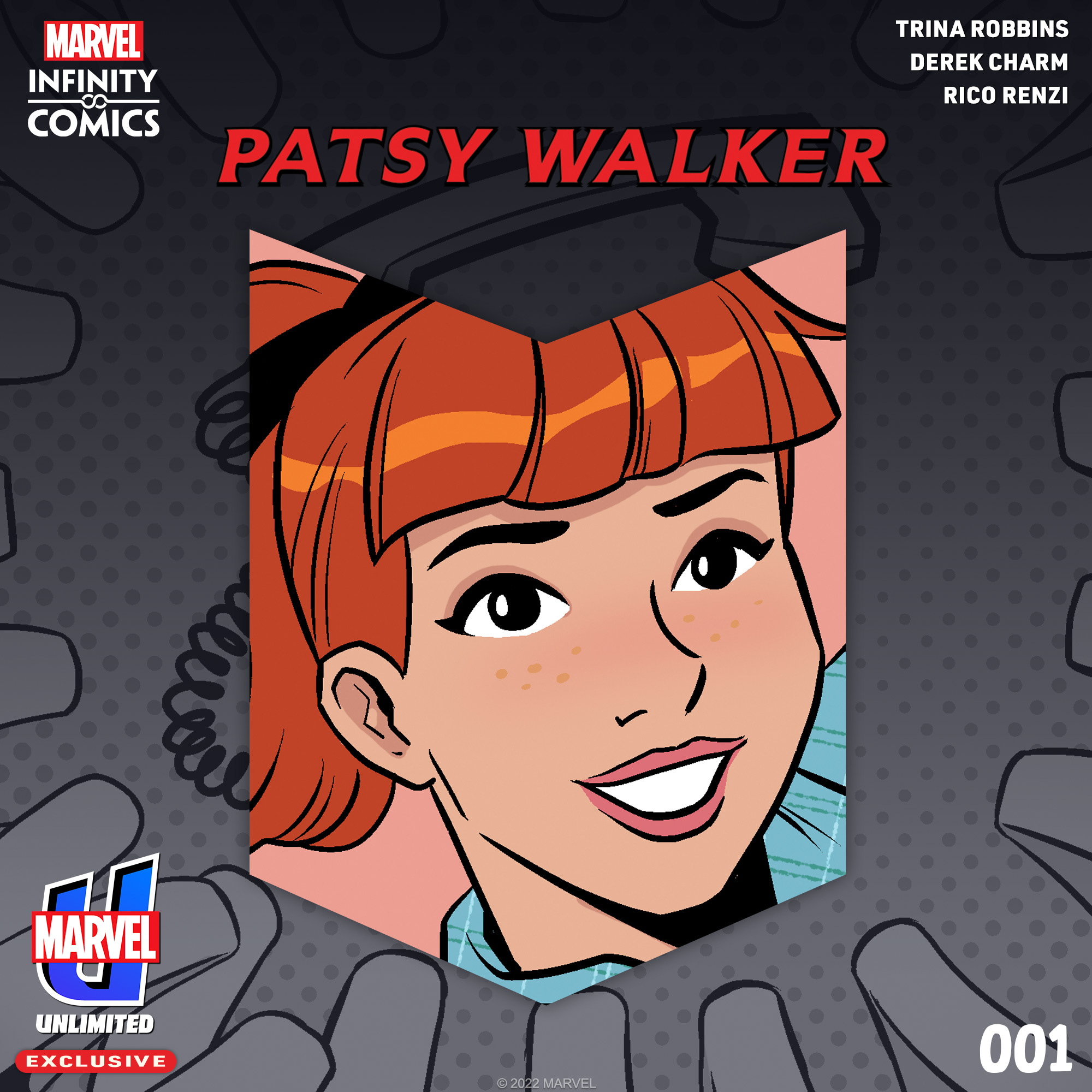 “I kept in all the traditional Patsy Walker characters: her girlfriend Nancy, her frenemy Hedy Wolfe, the boy they fight over, Buzz Baxter, and added some new characters,” professed Robbins. “I loved Patsy Walker as a kid, and so did my girlfriends. We weren’t the least bit interested in being Super Heroes; we wanted to be Patsy!  So it’s a dream come true for me to write her.”

When collaborating on the comic, Artist Derek Charm found the task of drawing the series’ kitschy fashion a challenge, declaring “The fashion and specific references are mostly from Trina. Who provided tons of clippings from 50s fashion magazines and old Patsy comics,” he explained, “I was lucky enough to have some extra time to do character designs and find the right looks for each of the main characters based on Trina’s references. That really helped get me in the visual mindset of the era.

Besides that, my favorite part was adding all of the 50’s design elements between panels and in the backgrounds, and really leaning into the iconography of the period. I also love the way Rico Renzi’s 50’s color palette brought everything to life.”

Before Patsy Walker became Hellcat in The Avengers #144, she made her debut in a 119-issue romantic comic comedy that was published from 1945-1965. Originally featured in Miss America Magazine #2 in 1944, her character’s creation actually predates the shift to the name Marvel Comics.

In the current Marvel comics line, Patsy/Hellcat is in a romance with Iron Man. She’s had several reimagined personas and costumes over the years and was featured in Netflix’s Jessica Jones series as Trish Walker.

The Patsy Walker #1 comic is exclusively available on Marvel Unlimited.