The duo, along with all top talented actors such as Hugh Jackman, Jermaine Clement, and Hugo Weaving, star in Hulu’s upcoming animated comedy set in Australia: Koala Man.

If this interview were to set the bar for any sorts of expectations regarding the comedy in Koala Man than we’re all seriously in luck. Michael Cusack, series creator who is playing both the titular role, along with the character’s shrimpy 13 year old son, Liam, may just be one of the most politely hilarious interviewees I’ve ever had the pleasure of speaking with. Likewise, comedian Demi Lardner, is a hilarious up-and-comer who can be as equally sardonic in tone as she is driven – which befits her character, Alison (Liam’s older sister in the show who’ll go to any zany means to be the most popular influencer at school).

So I, along with some fellow journalists at New York Comic Con 2022, got to sit down with both Michael and Demi for an interview organized by Hulu about the upcoming series created by Australians, for Australians, featuring the Hughiest Jackman of Australians: Hugh ‘The Wolverine’ Jackman. We talk about all this and more in rather silly details below.

Fair Note: this interview was edited for clarity… minus the jokes and the Australian accents Alright, first, where did this all begin for you?

Michael: “Well, it started a few years ago as just an idea. I think Marvel was huge at the time but i was never really a superhero person.

So, I was just wondering what an Australian would be like? I don’t know if there are any, and if there were, they’d be pretty obscure. I thought they would have no superpowers. Just be some middle-aged dad from some small town in Australia…

There’s just something so comely about that? So, I did some drawings and a short animated cartoon which slowly developed into what it is now. The full TV show.”

Alright, so where did the middle aged man concept come from?

Michael: “It’s a little bit of my dad, his friends, and just blokey guys in Australia. Boomers complaining about everything in Australia, such as people littering or how you can’t drive a V8 after 2 am. It’s like an archetype of that person. If they could clean up this town, how would one of them to take it into their own hands and put on a mask and go out and try to solve crime?

In this specific show, it’s all petty crime that could get into some surreal monsters. Along with everything else that’s unexpected…”

Could you get into some of the monsters you’re talking about, particularly because it’s about Australia, a region known for some of its deadliest creatures?

Michael: “We’ve got a tall poppy monster, which is like, based on a thing called tall poppy syndrome in Australia which is essentially if you get too successful, other Australians will cut you down like what they did to tall poppies.

Demi: “You’re not allowed to be proud of anything you do because if you do, you get absolutely wrecked!”

Michael: “Exactly! I think we’ve both experienced that. It’s why America is different because they celebrate confidence and striving, which is the opposite in Australia. Which has its pros and cons.”

Demi: “It (tall poppy syndrome) can make you humble, i guess? But i let go of that. I’m very talented! <laughs> ”

Michael: “But going back to the monsters, there’s like a monster that embodies that in a literal creature, tall poppy.”

Michael: “But yeah, there’s also a bunch of other creatures and human villains that either have actual superpowers or none. So it’s a bit all over the place.”

What aspects of him protecting his community did you bring to the show?

Michael: “It’s based in a suburb i grew up next to called Dapto. It’s got familiar land marks and the vibe of the town, but nothing too literal. It’s based on it only lightly.”

You’ve got a great cast. How did you land Hugh?

Michael: “It’s unexpected. Hugh Jackman saw the shorts I did years ago, and apparently, his kids liked it…

I don’t actually know if he liked it himself, but his kids sure did.

I hoped he liked it too. He was amazing in the recordings. He wanted me to do the voices and he mimicked it. It was nuts. Basically giving line readings to Hugh Jackman, but he was fun to work with.”

Michael: “I think we just had a zoom? I think I just asked you!”

Michael: “We begged Demi! We begged her! First there was so many nos… and then… finally… yeah. Okay, yeah, all the cast has been fantastic. I ‘ve run out of things to say <laugh>”

Is Hugh showing up as a surprise guest today?

Michael: “I would hope so. Maybe he’s dressed as like a Spider-man down there somewhere?”

Demi: “Just the most extremely jacked Spider-Man you’ve ever seen!”

Michael: “He’s actually, like, webbing around down there everywhere! Nah, I think he’s busy with his Broadway shows so he’s probably got other commitments but he’s here in spirit.”

Michael: “He hasn’t said anything, yet…”

Michael: “That’s for being on this stupid show!”

Who do you think this show is for demographic-wise?

Michael: “I would hope everyone! For anyone who likes animated comedy, I suppose? I think it’s pretty accessible… but I’ve been a pretty bad judge about that.”

Michael: “For hairdressers in middle Australia. That’s it. No one else.”

Demi: “And train conductors. And that’s it.”

Michael: “No one else can watch it actually. No one’s allowed.”

Demi: “You try and it’s just a black screen. A screaming void low to high.”

What can you tell us about Koala Man’s family?

Michael: “Demi plays Allison, who’s the daughter of Koala Man. I play Liam, who’s the son. The mother is Sarah Snook. It’s great. The whole thing is that its a pretty normal suburban Australian family to contrast with him being a superhero. The mom hopes its a midlife crisis that will pass and is putting up with it and the tension in the family.”

Question for Demi. You’re an absurdist comedian. Your character is obsessed with being a social media influencer. Would kind of other shenanigans can we expect to see this season?

Demi: “What kinda stuff am I allowed to say? <laughs> I haven’t even watched the show yet.

Michael: “She wasn’t allowed. She was in a cage this whole time.”

Demi: “No, I know. There’s this one bit where something pretty intense happens where my character is crying in this scene. I said, okay, gImmie a minute, and turned around, and then came back with tears down my cheeks…

Michael: “It’s a really good scene. You did well with that. I wouldn’t be able to do that.”

Demi: “I didn’t know I could do that.

Also, maybe this was a prank on me, but they made me make dingo sounds for half an hour which ruined my voice. I’m just dingo’ing literally for 20 minutes <Demi makes freakishly accurate snarl and growling noises>Wrecked my throat for the next two days.”

Are they gonna credit you as Dingo as well?

Demi: “They better. Dingo-Demi. Need that on the IMDB.” 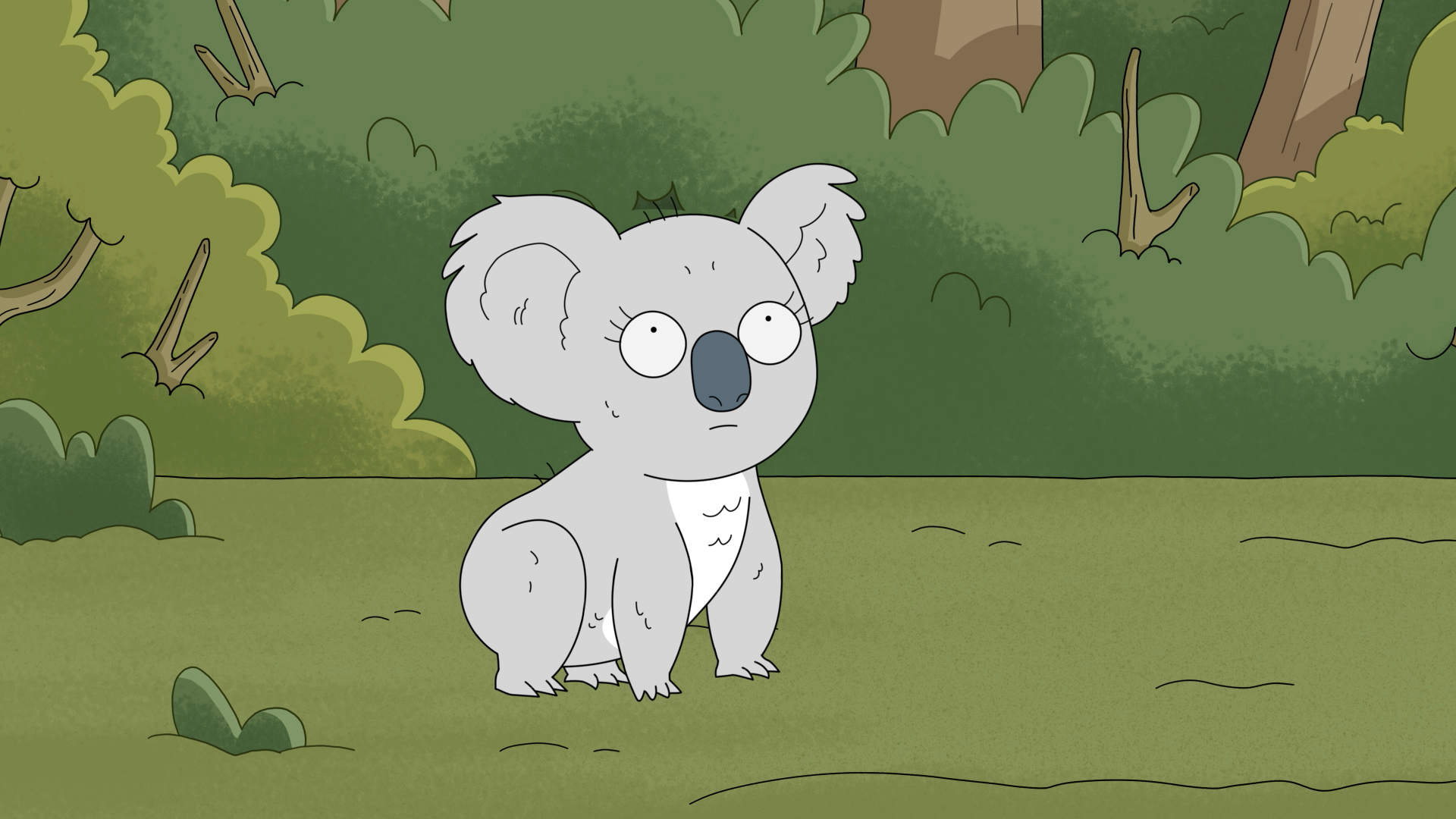