The Artist Alley table of acclaimed comic book artist Kim Jung Gi, who passed away due to a heart attack on Monday at age 47, has been transformed into a heartfelt memorial by mourning fans. 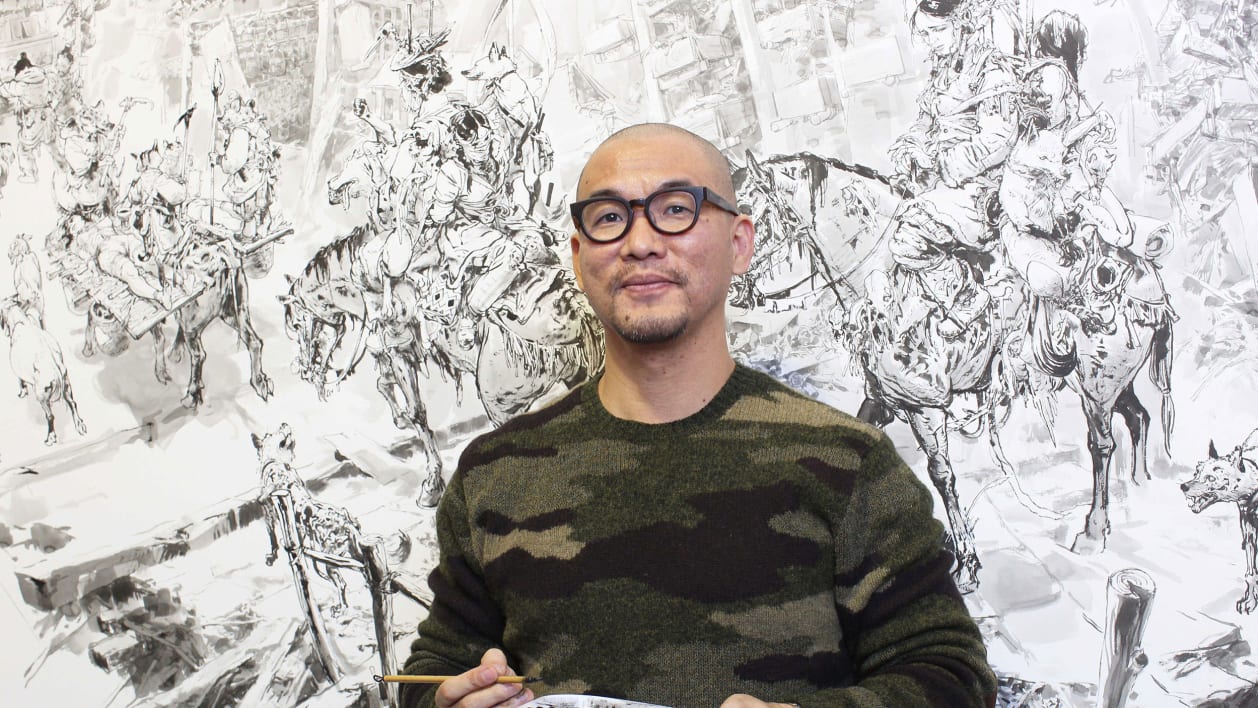 Kim was known for sprawling, impeccably detailed scenes often drawn from memory and for live-drawing images in front of captivated audiences. Born in South Korea, he published numerous comics and sketchbooks during his career and he holds a Guinness World Record for “longest drawing by an individual.”

Kim had been in Paris for an exhibition of his work and was about to head to the US for New York Comic Con, where he was scheduled to speak. The Artist Alley table where he would have exhibited was covered in notes to the artist, many thanking him for inspiring him. Some fans also left flowers and cards. “Thank you for what you did for the Korean community,” said one note, signed in English and Korean.

Another read, “You are an inspiration to so many, and your legacy will live on. Thank you for all you have done for the art world.” By 3:30 PM on Thursday, mere hours after Artist Alley opened, nearly every inch of space on the table had been covered, with some writing notes and others signing the table like a condolence card. A few left their own art in tribute, either on paper or by drawing characters on the table. Fans continued to come by to pay their respects and add their notes or signatures in whatever white spaces they could find.