NEWSFLASH: Someone in the Annie Remake is Actually Worse Than Cameron Diaz! 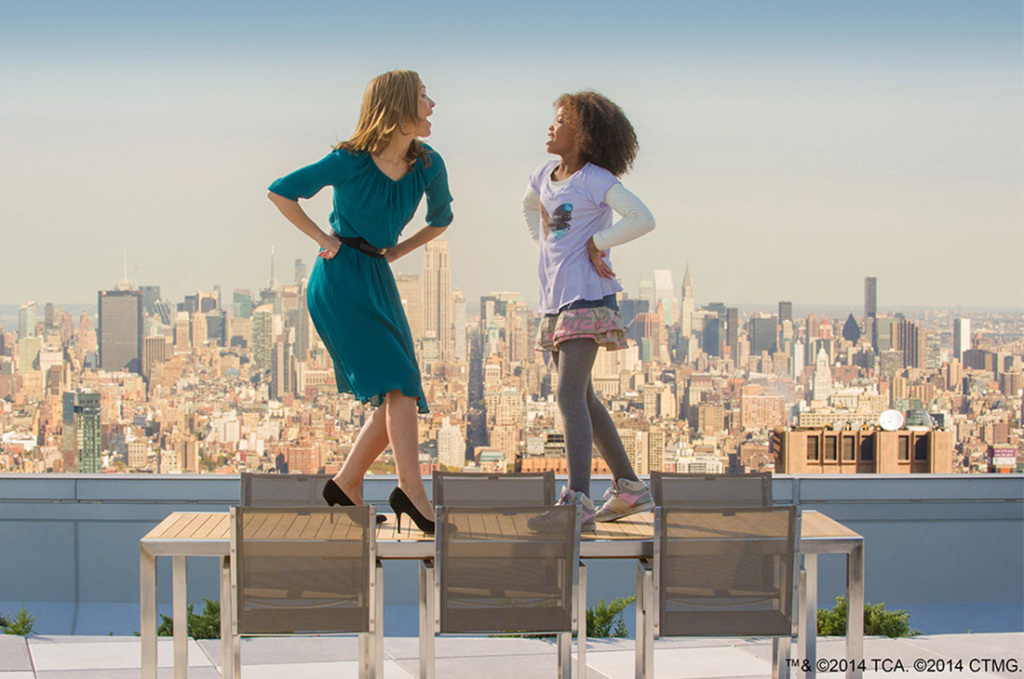 Directed By: Will Gluck

Written By: Will Gluck and Aline Brosh McKenna

This should take almost no one by surprise but the remake of the classic musical Annie is a complete stinker. We all saw it coming as soon as that infamous first trailer debuted months ago with Cameron Diaz flailing about in a way that made everyone grimace in embarrassment for her. And for once a trailer accurately depicted what the movie would deliver. The only surprise though is that Diaz actually isn’t the most embarrassing actor in the film…

I’ll get to the big reveal of that shamed performer shortly but first let’s talk a little about the plot. Most of us are familiar with the story of Little Orphan Annie thanks to her comic strip dating as far back as the 1920s leading up to the Broadway musical from the 70s that was adapted into the 1982 film most of us know. This adaptation takes most of it’s material from that particular film but with some very significant changes. Gone is the Great Depression setting of the 1930s in favor of a contemporary setting, which obviously makes it much easier for product placement opportunities. And instead of an orphanage, little Annie (Quvenzhané Wallis) finds herself in a foster home run by the odious Miss Hannigan (Diaz) who we learn was once a member of the early 90s music group C+C Music Factory.

This modern take also does away with the character named Daddy Warbucks and replaces him with Will Stacks (Jamie Foxx) who is leaving behind his lucrative cellular business to run for Mayor of New York City. Stacks is a selfish person unconcerned with children until he accidentally meets Annie and is told that hanging around with a cute kid might improve his standings in the polls. And then of course time passes, cold hearts are melted and love triumphs over greed and power. 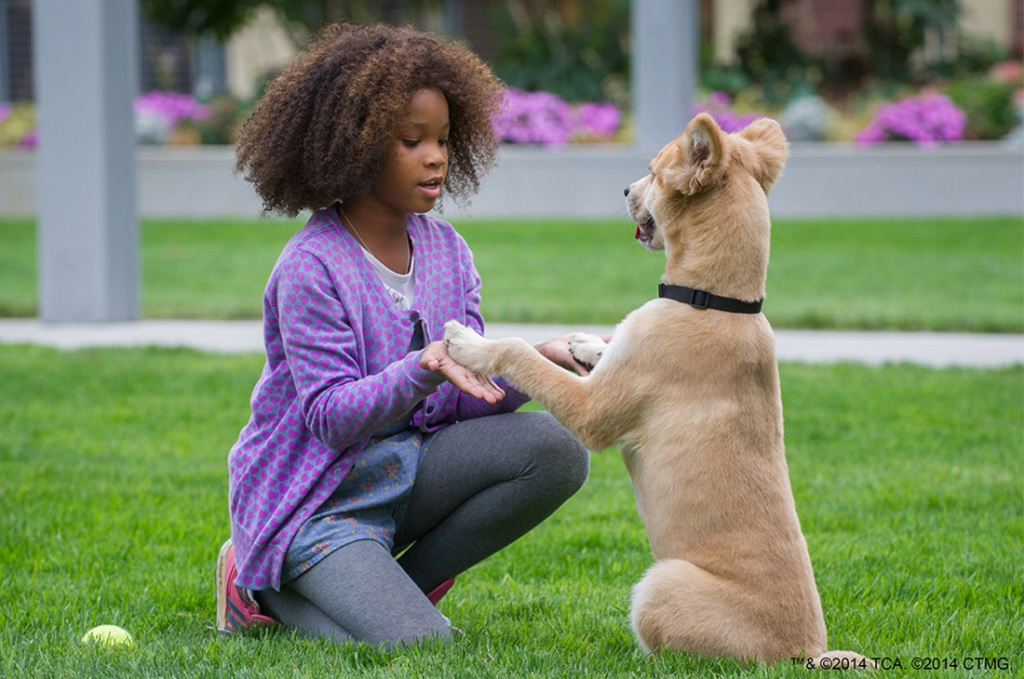 This is obviously a classic story and no one expected this remake to break a whole lot of new ground story-wise, but in writer/director Will Gluck’s attempt to bring us to that happy ending we all know and love he managed to drag it out over an exhausting two hour running time filled with questionable music choices and the messiest collection of performances I’ve ever seen. Seriously. Absolutely no one is on the same page in this movie.

Wallis is adorable and incredibly lovable as Annie but to say she deserved a Golden Globe nomination for the work is a bit of a stretch. She has some great chemistry with Foxx as her surrogate father and when you take their scenes alone things really aren’t all that bad.

But then Diaz will come into play and everything just goes off a cliff.

Diaz’s Miss Hannigan is so over the top that she really isn’t even in the same movie as anyone else. Her zaniness somewhat works in her musical numbers but when she applies the same energy to dialogue scenes with the rest of the cast she comes across as a crazy person putting on a play at a preschool rather than acting in a major motion picture. 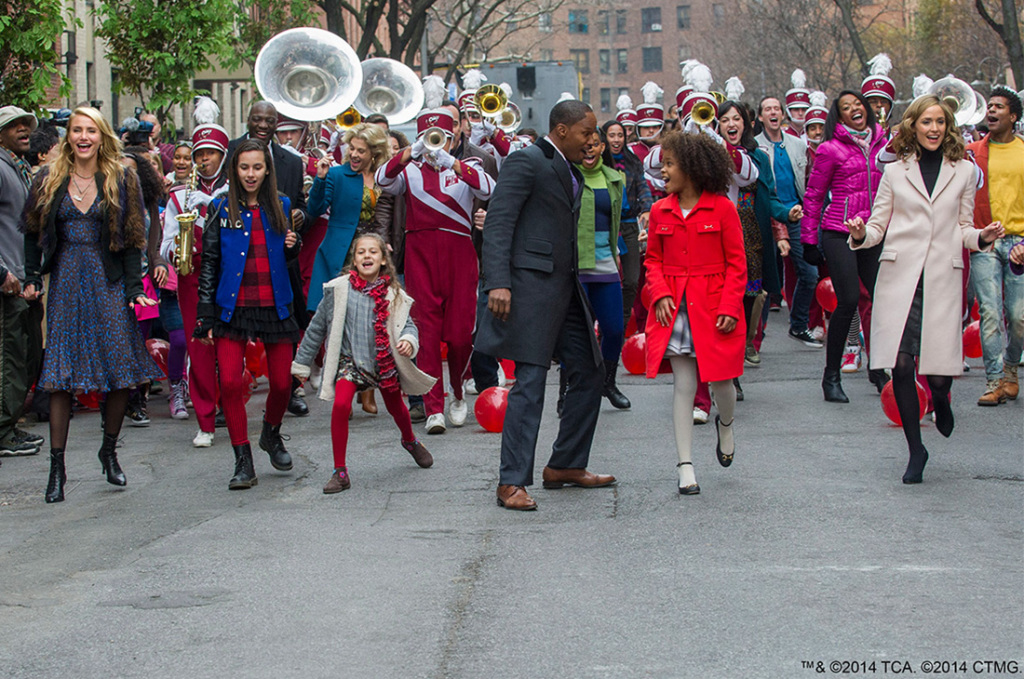 But remember when I said that someone else actually embarrasses herself more than Diaz? Well, that honor goes to none other than the lovely Rose Byrne.

But wait, you say, isn’t Rose Byrne usually great?! Yes. I agree with you 100%. That just isn’t the case here. For some reason she comes across completely out of her element here. Like Foxx, she plays the material straight and goes for realism but isn’t able to walk that fine line that lets a character casually segue into a musical number with ease. Instead, she comes across as stilted, awkward, and blatantly uncomfortable with the singing, dancing, and other bits of happiness that the role clearly calls for. I’m not sure if she just wasn’t receiving proper direction from Gluck but there are times where she is truly painful to watch.

Rose Byrne, if you’re reading this, I sympathize and happily volunteer to help you track down every copy of this movie to help you destroy it so that you may resume your otherwise promising film career.

And if all of that doesn’t dissuade you from seeing the film, know that the new songs they’ve thrown in are pretty terrible too. The updated versions of some of the classic songs are a welcome change but still not nearly enough to redeem this plodding film’s other glaring missteps. Smaller children may find it entertaining if you can get them to sit long enough, but this will only be painful for the parents who have to sit there with them.

Sooooo…I think I’ve clearly said my piece on this mess but…….seriously Rose, call me. We can all get you through this if we work together!

Previous article
Let’s Wildly Speculate How the Final Two Episodes of ‘Homeland’ Will Go Down
Next article
Totally Inappropriate Holiday Movies: Part I – ‘The Ref’