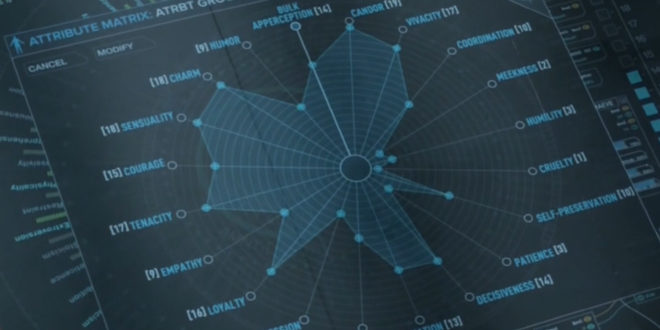 In this screenwriting lesson, we continue discussing characters. We talk about physical and personality attributes, how to make characters memorable, skim over some advanced level characterization, and then end on some character sheet building.

Physical attributes are the first noticeable thing about a character onscreen. Clothing style can detail a lot about what time period a story takes place in, as well as provide details regarding a character’s socioeconomic status or personality. Likewise, detailing a character’s hair, face, and build, can provide what qualities to look for in regards to casting. In screenplays, characters can be written with a specific actor or actress in mind. Sometimes they can be referred to directly in a screenplay, but other times, you have to beat around the bush to get your ideal character across. A good way to describe an ‘Anna Kendrick type’ is by literally describing Anna Kendrick. Write about what she looks like. Describe her physical attributes. If you can, accentuate her quirks as a character. If you’re going to have Anna Kendrick sing acapella – then have her sing as she diddles with cups while being a waitress!

Give your characters tiny scars or even token trinkets to carry around. Do everything you can to make them real and interesting. You should always strive to make memorable characters, so don’t be ashamed to throw interesting tidbits of pizazz that makes your character stand out in a crowd. Let Anna sing, Have Batman throw his batterang, and give Johnny his guitar. It makes them cool. Nothing’s more dangerous in a screenplay than forgettable characters. Especially, if you must read several pages about this character.

To convey a sense of personality, a character needs their own unique voice. You have to treat them like how you treated yourself while learning about your own voice. Act is if they are a real person. Let them speak uniquely in their own style and tone. For all intents and purposes, they are a real person within the context of your story. Their dialogue should sound unique enough where you can infer who it is that is speaking, without necessarily reading that character’s header. So give your characters a solid voice.

Have you’ve ever seen the series WESTWORLD? It’s about a futuristic park filled with custom themed androids that emulate human behavior. The android personalities consist of prototypical character archetypes, and seem for all intents and purposes, like real people of their environment. Each host personality is grounded in physical and personality character attributes but is also centered on a deep organizing principle – either a trauma of their past, or some sort of experience that defines them.

It could be the love of a mother for her child, the desire to always to the honorable thing, or even a deep-seated history at the center of a maze – where the true self actually lies. To what extent lie the boundaries between human and machine in Westworld, are a little fuzzy, and are sort of an ongoing question within the series. Regardless, the importance is that the personalities and backstories dedicated to each ‘host’ heavily contributes to the android’s sense of realism.

That being said, I want you to treat your characters like you would an android/AI from Westworld. Give them personality attributes that ring so true it’s shocking to your psyche. See where they morally fall and make them struggle with difficult choices.

All of this, on top of excellent dialogue, will make a very three-dimensional character.

For further help in building characters, you can also take a free Myers-Briggs personality assessment. Ideally, fill it out as if you were your character. This will help you a lot along the way for this next assignment.

Use the data from this to build-up your character sheets. If you ever run into a wall, look at these sheets and determine what you think character would do.

TRY THIS: Intro to Dialogue

Unlike other forms of writing, screenplays are driven forward almost entirely through character action and dialogue. A lot of what they do must be memorable. Good characters are believable characters, and even, larger-than-life characters – people you can’t help but feel attracted and compelled to see what they do next. The goal is to have your readers turning the page with enthusiasm.

That said, the best way to create characters beyond the many methods listed so far – is by getting to know different sorts of people. Get inspired and write everything down.

I want you to read this section by John August on how to introduce your character. I want you to also fully pay attention to that lesson, because formatting is key in regards to the type of introduction you’d like to utilize for your story. How we meet your character initiates a lot about how we perceive this person from here on out, so you want a solid foundation in the introduction.

TRY THIS: Introduce Your Character

This section is optional. Though it will get you through a lot of hurdles. I used to think I was excellent at writing characters. Then I took a class with author, Serena Valentino and she showed me just how much further I could learn regarding character design and work.

Writing is a journey of constant growth. Just when you think you’re certain that you know what you are doing, something new comes along that changes your worldview. Your writing grows the same as you do as a person. No one will ever be perfect, and you can always improve in ways that will surprise you.

TRY THIS: Advanced Level Character Writing – Answer the Questions to give your character even more depth

Probably one of the easiest ways to write with a character in mind is to see it right in front of you. I can’t stress how many times I’ve had to run through a character sheet just to remember where to go from there. That said, I want you to compile everything that you’ve written and learned about characters.

TRY THIS: Character Sheet – Construct a character sheet for every character in your story. Answer the following questions.

By now, you should now your characters very well if you followed all these lessons. You should be able to assess and understand what they would do in any given situation. Character and World Building are probably one of the most important starting points in writing a story. If you can establish these well enough before writing a script, much of the work will be taken care of for you.

Because I’m leaving you with a lot of material this lesson, I’ll be taking a week off from Monomythic. Afterwards, I’m going to move the posts to Tuesday, as I think it’ll be easier on my schedule, personally.

My next lesson will be on Dan Harmon’s story Circle – sort of an abridged yet concise approach on Joseph Campbell’s Monomyth.  The following week will be on how to outline and write an effective treatment.

Keep everything that you’ve worked on in class because after those lessons, we’ll be writing the actual screenplay. Use everything you’ve written so far as tools, as they’ll make the journey in writing your screenplay a lot easier.

Christian Angeles likes to watch the moving pictures. He also listens to words on the page and writes in ways that make people feel things. All on a laptop. Sometimes from an app on his phone. You can follow him on Facebook or Instagram. Read his literature reviews on goodreads: https://www.goodreads.com/xnangeles. Or read his articles in NewBrunswickToday: http://newbrunswicktoday.com/author/christian-angeles
Previous ‘Workin’ Moms’ Season One: Review
Next ‘Dumbo’ Review: Adorableness Over Substance 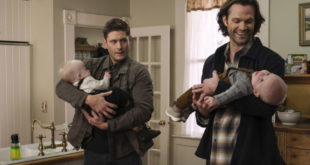 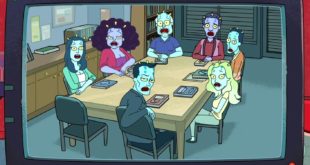 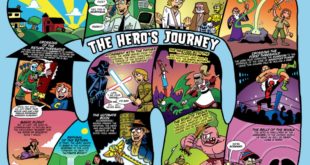 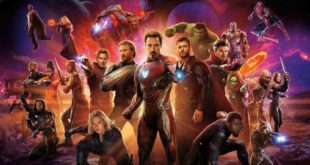 In this screenwriting lesson, I discuss character: What are the different character archetypes using the …