At E3 this year, Microsoft said they held back some of their big guns for Gamescom. Until today, we only knew that Quantum Break, Crackdown and Scalebound would make an appearance. Luckily that wasn’t all they brought as Microsoft had a few more tricks up their sleeve.

The conference opened with new Quatum Break footage, and once again, it truly impressed. The demo was action packed with main character manipulating time and taking out hoards of enemies. They ended the show with letting us know that the game will launch April 5, 2016. 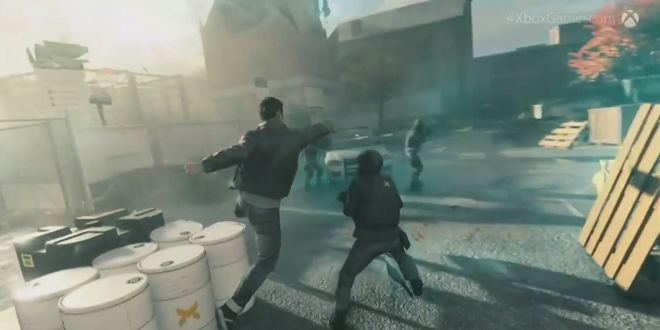 After Quantum Break came the next big Xbox exclusive, Crackdown. This picks up with the same formula as previous Crackdown games, as you run, gun, and jump your way across the city. They announced that the city will be 100% destructible and through the power of Azure cloud computing, it will be able to render 20 times more destruction than your average Xbox One game.

As if this impressive show couldn’t get any better, Hideki Kamiya took the stage to introduce the first gameplay footage for the new game from Platinum, Scalebound. In the game you play as Drew, a dragon riding warrior. Once he puts on his headphones, it becomes classic Platinum gameplay, as he is hacking and slashing through enemies at a quick pace.

The gameplay hook is that you are allowed to use your dragon companion to attack enemies and get the edge on the competition. Kamiya also announced that the game will feature 4-player online co-op. It will be a long excruciating wait until it arrives Holiday 2016.

Microsoft then took the time to mention new features coming to the Xbox One. In November the Xbox One will receive its new user interface that will match up with Windows 10. It will also be opening backwards compatibility to all of its users and a DVR functionality will be added to record your favorite shows, even with the console off (as long as your Xbox is on instant-on mode). Another awesome feature of the DVR functionality is that it will allow you to stream your recorded programs to any Windows 10 device in your home.

After the upcoming features discussion, the direction pointed back to games. Some highlights include a 3rd season for Killer Instinct, including the addition of Rash from Battletoads, Bloodstained: Ritual of the Night will feature cross play with Windows 10, and Thimbleweed Park from creative mind Ron Gilbert, will be making its way to Xbox One. I really don’t know how I will be able to keep up with all of this content! In addition, Microsoft announced that from this point on, all Xbox 360 free Games With Gold titles will be backwards compatible with the Xbox One, which means more games for Xbox One owners to look forward to.

To end the show, Microsoft decided to show off more multiplayer for Halo 5, going as far as to bring on professional eSport players to show us how its done. After, 343 Industries and Microsoft dropped one last surprise announcement . Halo Wars 2 is currently in development by Creative Assembly (the team behind the Total War franchise). Halo Wars 2 is a title that fans have been begging for but never thought would see the light of day! 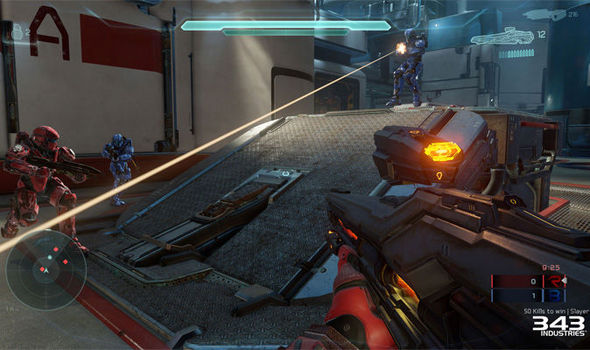 The conference kicked off with Xbox head Phil Spencer announcing that this would be the best year in Xbox history, and with all that they announced, its hard to deny it. 2015 and 2016 will be great years to be an Xbox One owner.

Are you excited for the games they showed off at Gamescom? Which titles would you like to hear more about? Let us know in the comments down below!