It’s no mistake that Marvel’s Daredevil became a cultural phenomenon the weekend it released on Netflix. Its dark and brutal journey following Matt Murdock, a blind, masked vigilante, as he battled organized crime in Hell’s Kitchen was met with a non-stop wave of critical and public praise. Now, seven months later, Marvel and Netflix are set to release their second of four planned series, Jessica Jones.

But the big question is, can lightning strike twice for Marvel?

The answer is yes–stronger and brighter. 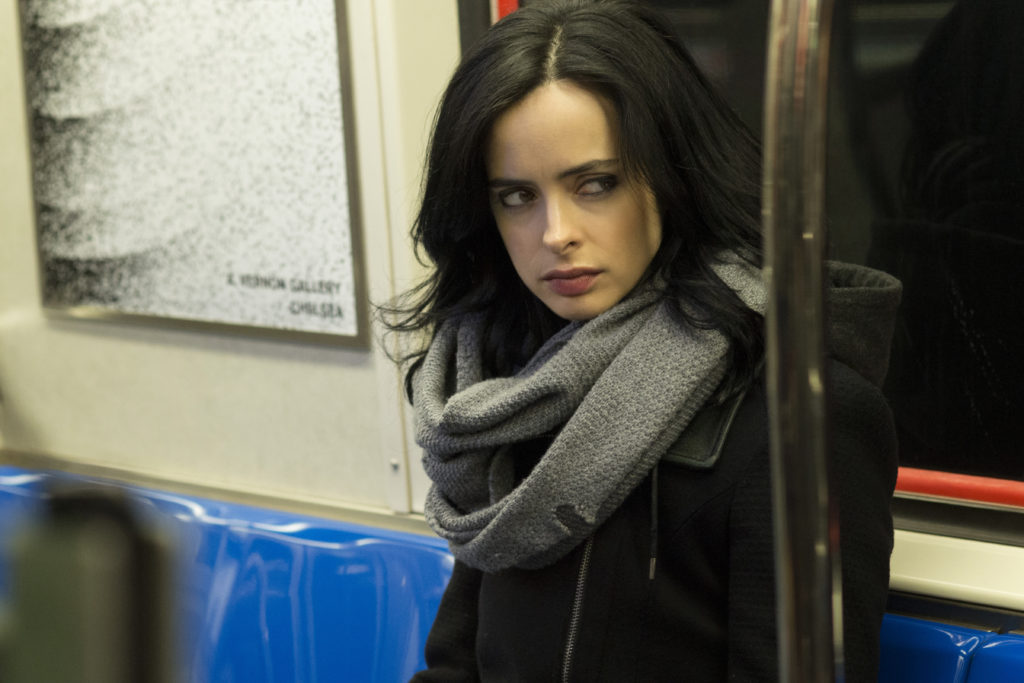 Marvel’s Jessica Jones follows Kysten Ritter who plays the title character, you guessed it–Jessica Jones, a private-investigator dealing with trauma from her past. Jessica’s an alcoholic who is down and dirty when it comes to her job. She doesn’t wear her emotions on her sleeve, but when the moments arrive, Ritter excels at showing the vulnerability and fear locked away behind Jessica’s cold, hard demeanor. That’s not to say Jessica is all business; Ritter certainly brings the character to life with her snark and wit when dealing with those around her.

Let’s also not forget that Jessica Jones is a superhero with powers of her own. Super-strength to be more specific, but don’t expect to see it in display in choreographed fight scenes as we saw in Daredevil. Jones’ powers are used in a subtler manner and because of this, expecting another series like Daredevil would be a mistake.

The series, based on the Alias comic book series by Brian Michael Bendis and Michael Gaydos, differs from Daredevil’s action, crime drama and opts instead for a noir-psychological thriller. From its opening credits, musical score, and Jones’ narration, Jessica Jones’ tone is grisly, reminding you of P.I. movies and stories of old.

Earlier this year, I wrote that Daredevil succeeded in bringing Marvel’s Cinematic Universe down to the street level. Jessica Jones continues that theme, but in an even more remarkable way: where Matt Murdock was trying to stop Wilson Fisk and his broader plans for New York City, Jessica finds herself out to stop one man, Kilgrave, played by David Tennant, who is quietly pulling the strings from behind the curtain. It is very much cat-and-mouse and feels like a personal vendetta, but that doesn’t make the story any less intense. 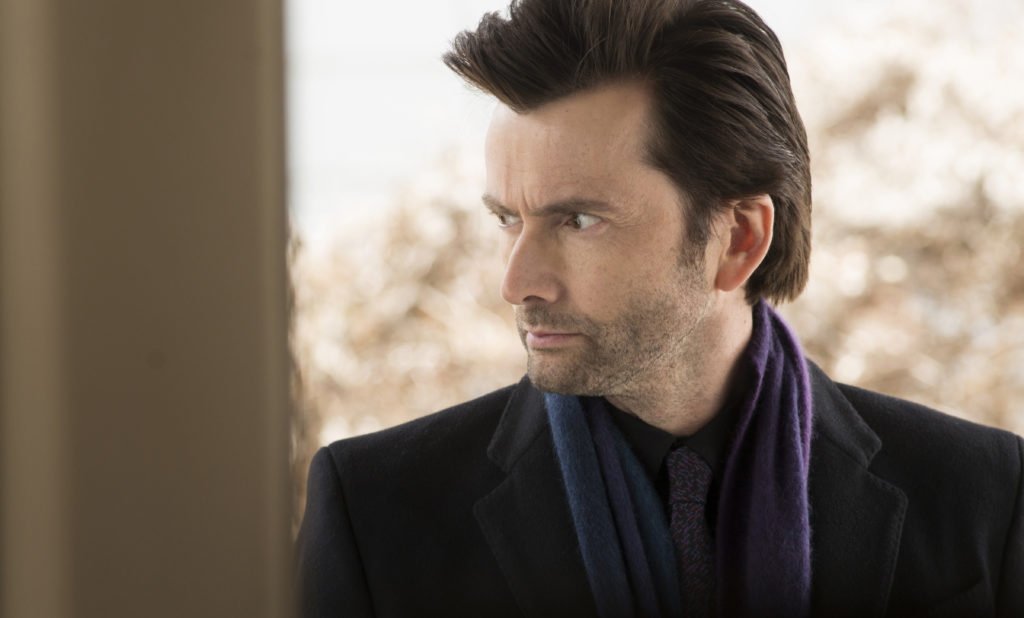 David Tennant excels as the supervillain Kilgrave. It’s crazy to think that the man who I’ve known as a savior for mankind from his years on Doctor Who is capable of being so menacingly evil. Known as the Purple Man in the comics, Kilgrave’s brand of evil is horrifically beautiful. The way he uses people and pulls strings to torment Jessica is psychologically and emotionally captivating. On or off-screen, it is hard not to be transfixed by Tennant’s performance and the writing behind this monster of a villain.

It is in the psychological and emotional trauma that Jessica Jones excels. There is a perfectly crafted moment in the series premiere that occurs after slowly laying the foundation of Jessica’s world that even weeks after viewing, still manages to crawl under my skin and makes me feel uncomfortable. The best part is, Jessica Jones is filled with these moments. The way the series handles the damage and repercussion brought by Kilgrave and how characters react to it really shines a light on how far Marvel has come in developing their characters.

Truly, the secondary characters is where Jessica Jones outperforms Daredevil. The writers give each supporting character time to develop and shine as they play a part the bigger picture. Notably, there is Luke Cage (Mike Colter), a bar owner with secrets of his own, Trish Walker (Rachael Taylor), the best friend from Jessica’s past who knows her secret, and Jeryn Hogart (Carrie-Ann Moss), a lawyer who gives her cases to work. Each characters offers a different skill set for Jessica whether emotional or strictly business, which all ties back to the stopping Kilgrave.

For those wondering if Jessica Jones would be a show to watch with their children, I would have to give you a hard NO. From sexual content (no nudity, but there is a lot of sexual content) to psychological and traumatic moments, I’d recommend keeping the young ones away from this series.

I lost track of the amount of times Jessica Jones left me uncomfortable and shaken to my core. It’s been a long time since television made me feel anything. Marvel has a giant hit on their hands with Jessica Jones. With a female superhero that excels in portraying strengths across the physical, mental, and emotional states, Krysten Ritter as Jessica Jones may just be the best superhero out there.

Review based off the first seven episodes of Marvel’s Jessica Jones which were provided by Netflix for review purposes.