‘The Magicians’ Review: The Lamprey, The Demon, and a Sex Crazy Boat

On this week’s episode of The Magicians, the lamprey catches up to Alice, Margo tries to resue Eliot on the Muntjac, while Julia and Kady summon a demon to save Penny. 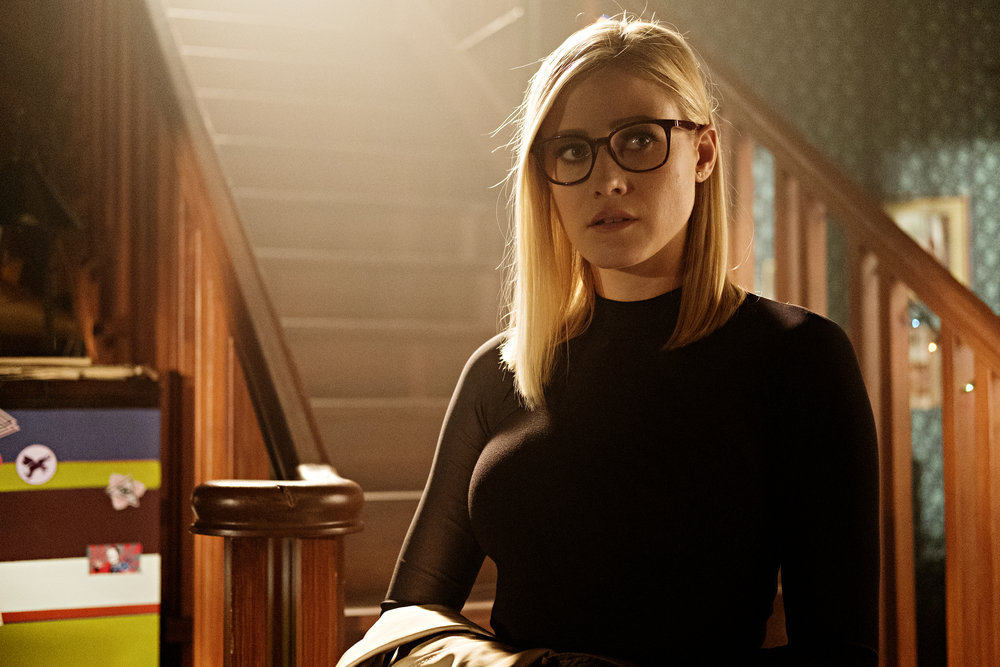 Having dodged the lamprey so far, Alice manages to find another cat and makes her way home to her parents. She is greeted by her disgruntled mother who is pissed that it’s taken her this long to come see her folks. Upon entering the house, Alice’s new kitty freaks out at Carol, a friend of Mrs. Quinn who apparently used a lot of glamour magic to maintain herself. The ex-niffin suspects that the lamprey is in the other woman and tries to warn her mom but Stephanie won’t hear it. So Alice finds her dad instead who is the more supportive parent and quickly helps figure out that they can electrocute the creature out of Carol. Father and daughter tie her up poor Carol and then shock her with a homemade device. Sadly it doesn’t seem to work and the lamprey doesn’t come out of her body. Enter Quentin who actually has the wee beast in him. Daniel notices something weird going on with Q’s neck and goes to tell Alice. When they turn around, the other king of Fillory is gone. Also if you were wondering, Carol breaks her electrical tape bonds and storms out of the house.

The battery for their improvised lamprey weapon is out and Alice’s father suggests getting one from the car. Alice then saran-wrap’s herself (because the creature could get into a human body via their skin) and heads to the garage where she finds an unconscious Quentin. He manages to convince her that the lamprey left him when she sees a viscous trail leading outside the window. The two then rejoin the parents inside the house where they’ve sealed themselves off in a room. As Daniel, Q and Alice strategize on their next move, Stephanie with a wine glass in hand decides to leave the confines of their protected space to go use the bathroom. As mother and daughter fight, we find out that Alice is called the torture artist because she performed gruesome experiments and murdered the lamprey’s entire family in an attempt to figure out how their magic worked. It also wasn’t the only creature she did this too and that there were many others. But we do get a little sense of remorse on Ms. Quinn’s part as she tells her mom that she wants to be absolutely clear on who the real monster is here. Is it possible that Alice’s anger is also with herself? She could be angry for a number of reasons including not being able to defend herself, not being able to do whatever she wanted anymore, and having guilty feelings from torturing creatures.  Q volunteers to go after Stephanie who’s left the room to get away from her child.

In the kitchen, Stephanie tells him that they are losing their house because they haven’t paid taxes in thirty years and that she can’t do anything without magic. She cries at how desolate the situation seems. As Quentin tries to comfort her (while being very uncomfortable himself) Stephanie makes a move and begins kissing him. Alice and Daniel see them and Stephanie rants that they are two consenting adults. Mr. Quinn then claims that he saw his wife’s neck move and Alice tells her mom to back away from Q. The two women still can’t manage to de-escalate the situation and so the elder female gets zapped. Alice then tells the two men that the lamprey intends to just lay eggs inside them and then they’ll die when they hatch (the baby lampreys will feast on their dead corpses after). Daniel then wonders if the beast is actually still in Quentin and that he tried to kiss Stephanie to switch bodies. Q realizes the only way to prove he isn’t possessed is by electrocuting himself, which he does. When nothing comes out of him, Alice turns to face her father and the lamprey applauds her. When it asks her what she learned from torturing and killing each one of his children, she says that she wasn’t actually seeking knowledge. When they died they made pretty lights and that’s why she did it. It taunts her by saying that it wasn’t able to lay eggs in her mother, but it was so much crueler to keep her alive because Alice hates her. Her father though has a weak heart and it asks her if she wants to take the risk (since Daniel might not survive an electric shock). She goes ahead and does it though and the elder magician tells her to kill the creature. Once she does the creature indeed bursts into tiny beautiful flames.

Alice puts a juice together that is supposed to kill the eggs that the lamprey left inside Q which also makes him barf a lot. Afterwards they have an honest conversation where he asks if what she said about not being able to forgive him before is true or was she just pushing him away because of the lamprey. She doesn’t answer the question but explains that she knew he was fine with the way things were while she wasn’t. Alice is extremely confused at the moment because of the other life she lead that’s still a part of her. All she sees reflected back in Quentin’s eyes is the old version of herself and it’s too hard because that person no longer exists.

Circumstances get worse though when Daniel collapses and Q tries to revive him. Stephanie is screaming but Alice is frozen from shock. 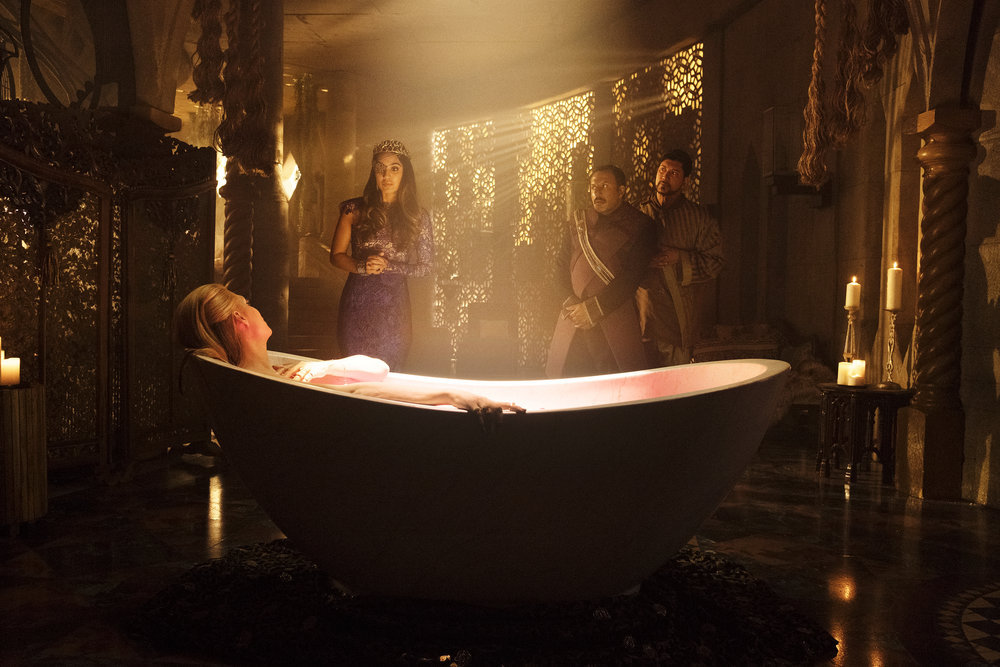 Margo To the Rescue

Back at Whitespire, Margo gets word that pirates have hijacked the Muntjac and she manages to convince the fairy queen to aid her in getting to the ship to help Eliot. She explains that it’s all well and good if her majesty wants to rule Fillory behind the scenes but if other kingdoms find out that they can’t even protect their high king then good luck with trying to get some mushrooms planted (it was another one of the fairy leader’s commands for Margo). The magical being saw her point for once and agrees to help get her, Tick, and Gillen get to the Muntjac via Pegasus (the two men also were finally able to see the fairy queen once she agreed that they could come). Upon their arrival, Tick not so subtly hints to the high queen that his pickpocketing skills could come in handy in retrieving her eye, which she greatly appreciates of course.

Below deck, Margo learns the the pirate king is actually a woman and she’s highly pleased to meet another formidable female. The two get their flirt on but the high queen is here on business first and perhaps later they can work something out. Margo demands to see Eliot and when she’s taken to where the royal family blockaded themselves we discover Pickwick by himself. Where have the high king king, Fen, and Fray gone? Somehow the golden key retrieved in After Island created a magical key hole on one of the walls and the trio were able to escape. Margo though continues negotiations with the pirate leader who wants gold and weirdly enough for her boat to have sex with the Muntjac. Say what? You read that right reader. The two vessels are both magical creatures of sorts and so have the same urges are other living beings. She consults with Tick and Pickwick who confirm this but also explain that essentially it would be allowing their boat to get raped and the Muntjac would likely suffer from PTSD.

Margo goes to the heart of the ship and explains their situation. She states how she used to think pirates were cute in a Johnny Depp kind of way but now knows how seriously messed up they are. She asks the vessel what she wants to do and while she doesn’t get an answer, we see that the fairy queen has been listening. Margo’s consideration for the Muntjac moved the magical monarch and so she kills all the pirates and takes their teeth. The fairy queen then asks the other woman to give back the eye. Margo takes the blame for her advisors, but the fairy decides to punish Gillen by putting a song he doesn’t like into his ear, slowly driving him mad. Pissed off beyond belief, the Brakebills student squishes her own eye before dropping it into the other queen’s palm. The elder woman snidely comments that isn’t the only way she keep tabs on them and that Margo can think about what she’s done in the week’s journey back to Whitespire. A week without her royal pain in the ass? It’ll be a vacation for them surely. 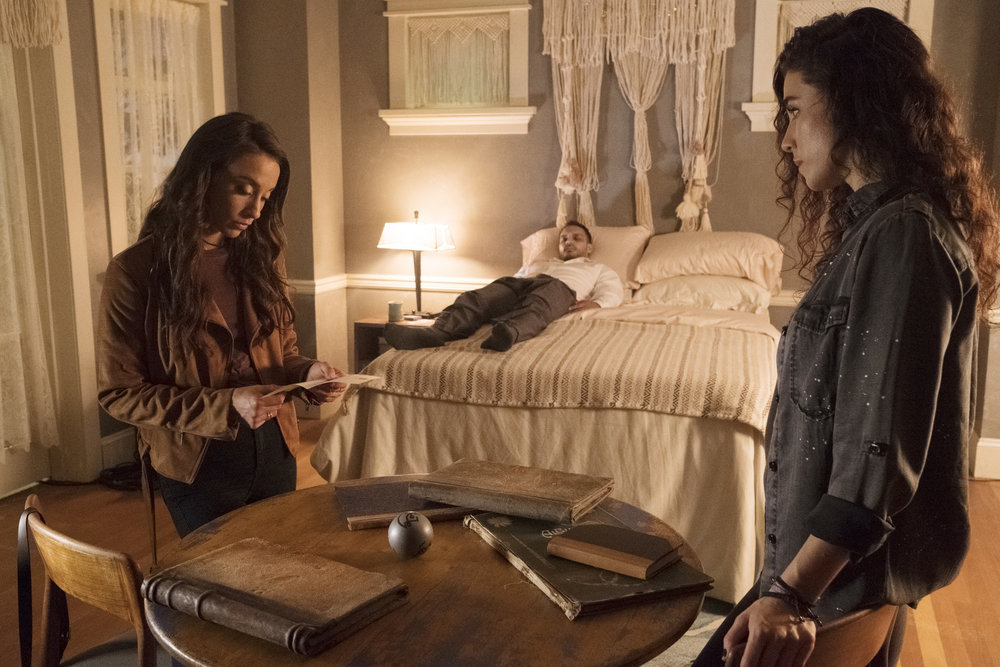 Kady and Julia Summon a Demon

Kady takes a dying Penny back to the Physical Kids’ cabin. There she prepares for the demon summoning using chocolate because it supposedly it helps distract it from wanting to eat humans. She and Julia are able to perform the spell thanks to Mayakovsky’s batter and the being Asteroth (Julian Richings) appears (not Astaroth, who is his cousin FYI). The guy says he can remove the tumor via surgery but it’s going to be painful. He then stabs his pointed fingers into Penny’s abdomen and wisely the traveller astral projects his soul so that he doesn’t feel a thing. Asteroth sees him and says, “No shame bro.” The demon is able to remove the cancer, which he deems juicy and closes the wound. But Penny doesn’t make it and dies a few seconds later to a frantic Kady. Fear not however because not all is lost! The guy actually was still astral projecting and so his soul wasn’t in his body when it expired. Does that mean he’s a ghost? Hopefully we’ll find out in the next episode. 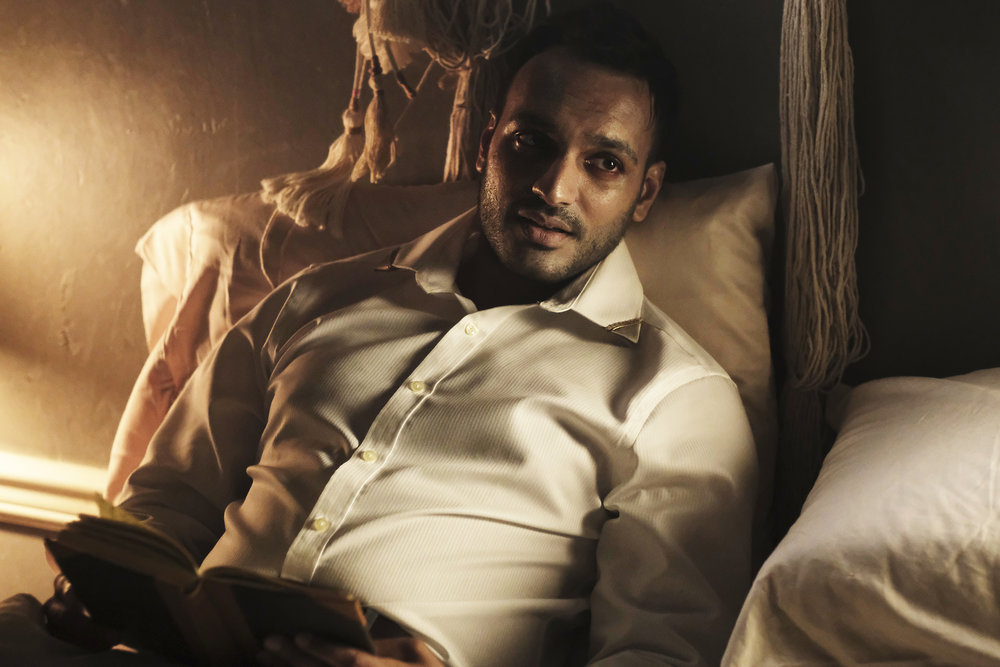