On this week’s episode of The Magicians, the hunt for the fourth key continues and we learn Harriet’s surprising backstory, heads up it’s going to break your heart.

The show continues to take unexpected twists this season and tonight’s episode is another stellar example of sheer creativity. We are treated to six short stories focusing on a specific character and their journey. As each tale is revealed, we learn that the darkness key is still in the Underworld, Q and associates try to intercept it in the Neitherlands branch of the Library, Alice is trying to finish a grand unified theory on magic, Eliot and Margo have been found guilty by the Fillorians, Fen meets Irene’s fairy slaves, Julia just wants to help in general, Penny meets Cassandra (from Greek mythology) and most intriguingly we learn all about Harriet’s past.

Since we first met her last season heading FuzzBeat, Harriet was a mysterious character. We knew she was a former Brakebills student and had an overdue library book that Penny and Kady collected. The older magician takes a liking to the younger woman and agrees to help her save the traveler’s life. In exchange though he was going to be her mole in The Order (though he wouldn’t have known it). Harriet eventually gives Kady a book with a spell to summon the demon Asteroth. After she and Julia perform the summoning, the creature manages to take Penny’s tumor out and eat it, but the Penny’s body doesn’t survive.

Now during the quest for the seven keys, Kady reaches out to Harriet again and this time offers her access to the Library in order for Victoria to help them (since the other traveler was now working with the elder magician). We discover that Harriet and her group are after a massive battery called the Alexandria Cell that Librarians from ancient Egypt had made. 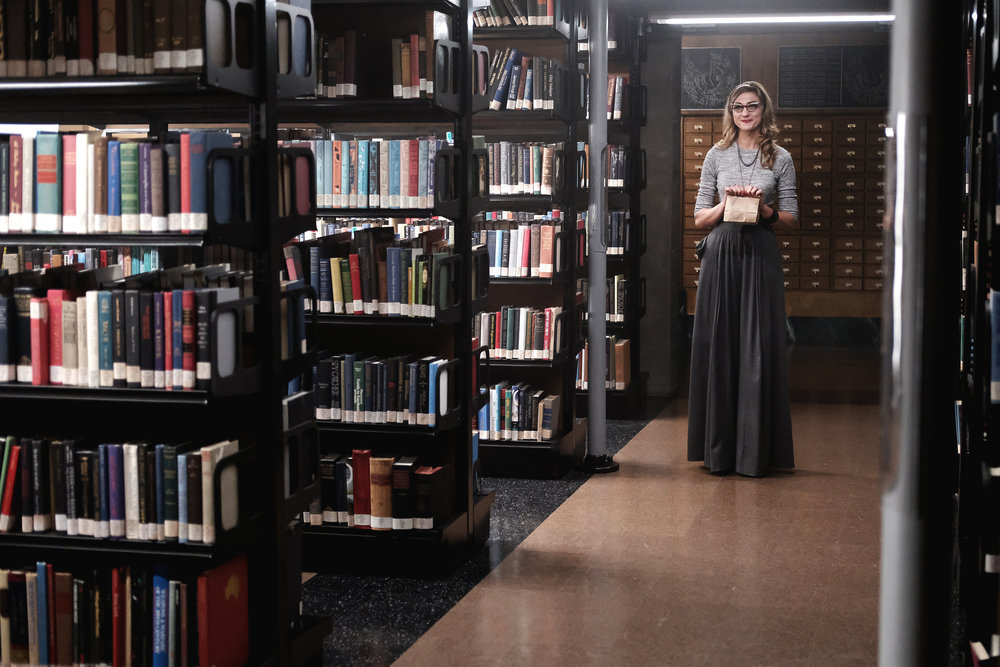 Through Harriet’s story in this episode (hers is one of the six stories about magic) , we learn that she is actually the daughter of Head Librarian Zelda Schiff. Ever since she was a young child, she had a thirst for knowledge and the heart of a wanderer. Her mom got upset when as a girl she disappeared for a few hours exploring the fountains in the Neitherlands, looking for the one that led to Fillory. Later on we see Harriet as a young woman attending Brakebills in 1985 and Zelda is angry that she brought her magician friends when she wasn’t supposed to. They have a major disagreement with Harriet believing that information should be shared while her mother felt that certain knowledge in the wrong hands was too dangerous. We begin to understand why Harriet is the way she is and what her freedom of information group is all about. Zelda wants her to stop attending Brakebills and remain at the Library to return to her duties. Her daughter says no and that she won’t stay at a place where she isn’t trusted.

She visits again as a grown adult in 2007 and greets her mom saying that she’s here to borrow a book if the Head Librarian lifts her suspension. Harriet asks for Principles of Conjuring Elementals, the same book that Penny and Kady came to collect in season 2. Zelda asks her if she ever thinks about coming back to work, but the other woman honestly responds with a no. The Head Librarian adds though that they could use her help as challenging times are coming. It seems that they knew about the great blank spot even back then. Harriet tells her that she would be back here tomorrow if they opened up the Library even just a little bit. She’s made friends who could actually help. However, Zelda still doesn’t agree with her child. She says that her daughter has a tendency to acquaint herself with criminals and what if giving away dangerous information is what causes the blank spot to happen. Of course there is no way they could know that with Harriet argueing that you can’t fix this by reading a book. She tells her mom that if they aren’t going to open the doors to the Library then there is nothing more to talk about.

The next time the two women see each other is when Harriet returns in 2018 with Quentin, Kady, and Poppy. After she tells Q and Poppy the Bookwyrm’s location, she goes to the Priceless Artifacts Room with Kady. Once there, they don’t find a giant battery but they do see the other traveler Librarian (the same one who was investigating Penny’s death) enter with a briefcase full of fairy powder. Kady quickly knocks him out from behind and asks Harriet what that stuff is. The elder woman snorts it and conjures a ball of flame. As they take the case and make their way back to the bathroom, they run into Zelda. Harriet tells Kady to go without her and then asks her mom what the substance is. The Head Librarian says she wouldn’t want to know and that she can’t take it. 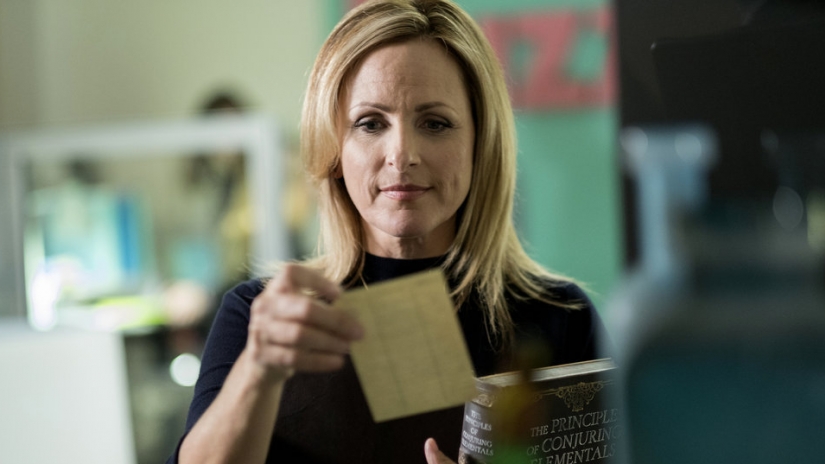 Zelda casts a barrier but her daughter is able to take it and runs to the bathroom. Just as Harriet is about to go into mirror bridge, the douche traveler pops in, pushes her into the mirror (without the briefcase) then takes a trashcan and smashes the surface much to Zelda’s dismay. The next moment is horrifying as this entire time during Harriet’s tale there has been no sound (only subtitles on the screen) and suddenly we hear the shattering of glass. The Head Librarian’s daughter and Victoria are pelted with sharp shards and trapped in between. We don’t even know if they survive.

I don’t understand why Zelda didn’t stop the other Librarian with magic because she had it after all. Harriet is her daughter and now she could be stuck in this nowhere land forever. Did it happen to fast that she wasn’t able to react? In any case this was so horrific and heartbreaking. Both Marlee Matlin and Mageina Tovah did such a phenomenal job in portraying their complicated mother-daughter relationship. It’s obvious that both care for the other and yet still have fundamentally differing viewpoints on life. Sadly it’s ended so tragically for them.

While their characters were introduced as minor roles, what a gift to discover such a rich and compelling backstory for both women. This episode has shown audiences a different part of The Magicians world and allowed us to witness important moments happening to other people in other places, yet still connect them to our questers. It makes me want to learn more about other secondary characters and find out what going on in their lives.

With the show being renewed for a season 4, we might just get that chance!

The Magicians airs on Syfy Wednesdays at 9 PM/8 PM CST.