Actor Levi Fiehler lets us get to know Mayor Hawthorne a little better, revealing just why Ben goes to therapy with Harry of all people, along with his character’s obsession with candles.

Resident Alien thus far has been nothing but a delight to cover. A unique storyline about a stranded alien whose goal is to understand humanity before ultimately destroying it, the series sits on a 93% fresh score on Rotten Tomatoes. Much of the series’ appeal comes from its stellar performance from its lead, Alan Tudyk, whose journey as an Alien among us learning the ins-and-outs of humanity, often allows for a look at our world from the outside.

Thankfully, this approach works so well in this series thanks to such stellar performances from its quirky supporting cast. Including actor Levi Fiehler, who stars as Mayor Ben Hawthorne in the series. A young, naive, but ultimately caring person, Mayor Hawthorne is someone who aspires to leave a legacy in Patience. A man who dedicates his life to his hometown and family, though for some reason, also has a strange love of candles?

We spoke with Fiehler about his role in the series. Exactly why it was that Ben was so obsessed with candlemaking, but also, asked why it is Ben kept going to see Harry for therapy. An alien who has very little understanding of human behavior.

“Yeah, the candlemaking! You know, Ben is very high-strung, very anxious, kind of a nerve flapping in the wind. And candlemaking that’s his therapeutic hobby that centers him. Brings him his zen. His happy place is just dippin’ those wicks!”

It’s a funny yet odd quick that we see throughout the series. As Ben’s odd affinity for candles comes up quite a bit. Though to be fair, Fiehler does a great job of selling the passion with genuine enthusiasm. As to why Ben goes to therapy:

“I think the going to Harry for therapy, especially after knowing him for less than 24 hours and he just starts spilling all the beans to Harry, I think it’s just a case of like: ‘Oh, you have a degree on your wall? You must know what you’re doing! Or you’re a doctor — I don’t even think he sees a degree — You’re a doctor! You must be qualified to be a therapist. Here are all my problems.’” 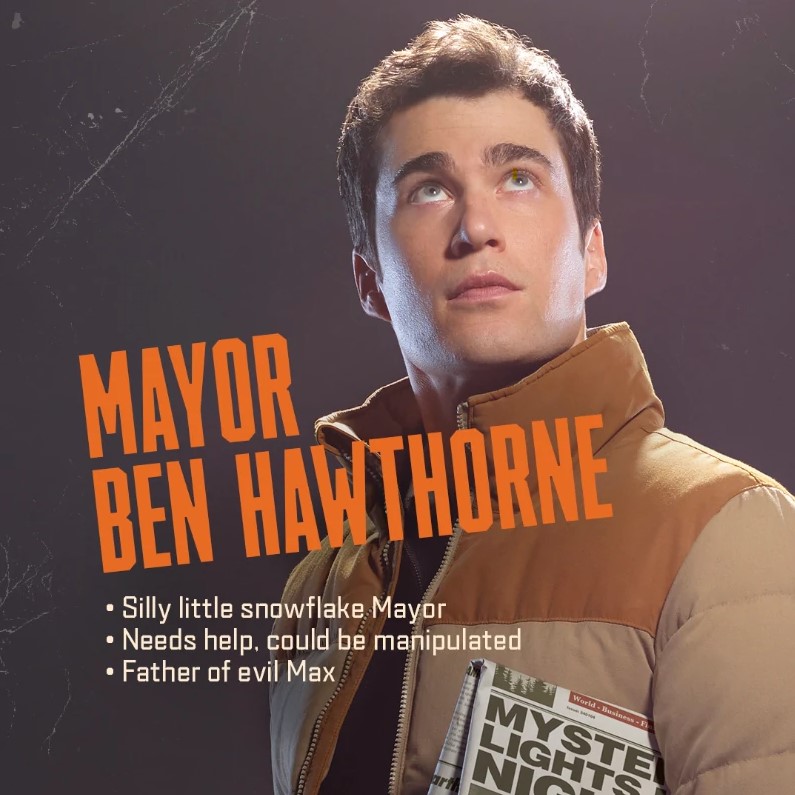 A silly but understandable predicament given that the story is set in small-town Colorado. Still, the compulsion for Ben definitely stems from a few personal insecurities. Especially considering his inferiority complex to his wife or the fact that his son is a disturbingly screaming boy who cried, alien. Fiehler continues to talk about why:

“I think Ben is just so desperate for help. An outlet to pour his grievances and emotions and what’s plaguing him. I think he’s drowning and reaching for the life ring that he thinks is Harry and then obviously, we the audience know, it’s not the case. It’s the complete opposite. He’s sitting there judging him!”

Resident Alien is easily one of the best shows on television right now. If you’d like to see more, you can watch it on Syfy Network every Wednesday at 10 pm EST.