Growing up I found myself to be one of the nice guys. I’d go out of my way to help out a girl I was interested in and make her day easier in whatever way possible –  at times even at my own expense. I did this all in hopes of her seeing me as more than a friend.

And much like Josh in last night’s episode of Man Seeking Woman, who spent the previous episode setting himself up as a perfect boyfriend candidate for Rosa (in the same manner a candidate would set them self up in the public eye before announcing their running for a political seat of power), I learned a hard, rough truth. Someone won’t like you just because you’re nice and more importantly, they aren’t required to. 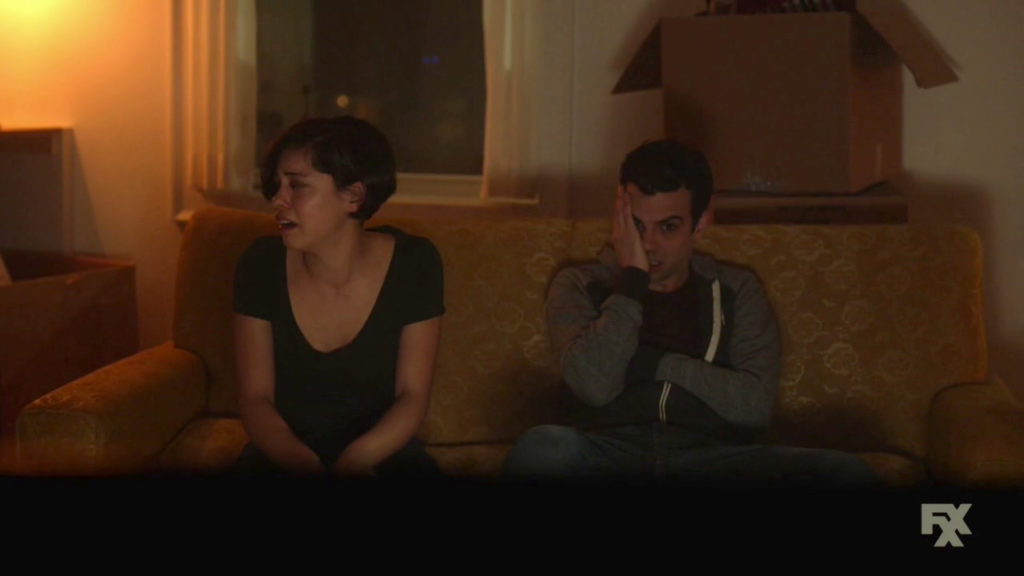 After Rosa breaks up with her boyfriend (the one and only Jesus Christ), Josh offers to help her move out of his place and into her new apartment (you know, in order to score even more brownie points in the race to become Rosa’s boyfriend). The two bond during the move and share their guilty pleasure love for the movie Must Love Dogs starring John Cusack.

As Josh gets up to leave after setting up Rosa’s TV, fate intervenes with a broadcast airing of Must Love Dogs causing Josh to stay for the viewing. During the movie, a breaking news alert interrupts their viewing to inform them that a giant asteroid will impact the planet in seven minutes destroying all life. With nothing to lose (and constant prompts from the news anchors to take whatever risks anyone has been withholding) Josh makes a move on Rosa who quickly backs away turning down the advance.

The asteroid would have been better than this. #ManSeekingWoman pic.twitter.com/L4jCBv6hAi

“I’m so sorry! I’m sorry for giving you that impression and I think you are so great and so sweet and so funny and so… but I want to be your friend so bad,” Rosa tells Josh. “Because that is the highest level of intimacy, really if you think about it and I’m really sorry.”

Those words, in one form or another, were ones that I grew so familiar to hear one failed attempt after the next in my youth. And much like Josh’s situation, the world didn’t end for me (the asteroid ends up being destroyed).

My problem, like Josh, at that point in my life was believing that if I put in X amount of time with and doing nice things for someone I liked, I should receive the reciprocated affection I felt towards them in return. Writing and reading that statement seems absolutely crazy, but it is a true sentiment that ends up ringing true for many men. 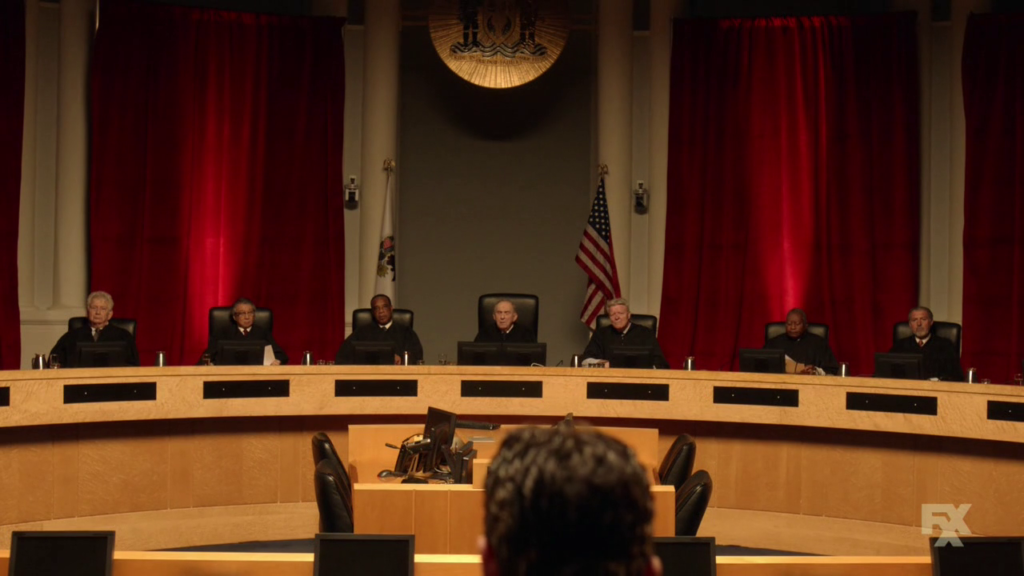 In most circumstances, the woman apologizes for the crime of being a friend and tells you how great they think you are. Hearing how great you are and how some other girl out there would be lucky to have you weren’t the exact words I or anyone else would want to hear at that moment. But in every case, this always leads men in this situation down one dangerous train of thought. One that Josh expresses and explores in last night’s episode.

“You know, plain truth. Girls just don’t want to date nice guys. Never have, never will,” Josh tells his best friend Mike over lunch. “Like why isn’t it just that you date the guy who’s nicest to you? That should be a law.”

And thus Josh finds himself in front of a panel of judges retelling his moment with Rosa during the asteroid as he pitches “The Nice Law.” As one judge puts it, “Seems rather reasonable. Nice guys being rewarded for being nice guys.” The judges end up passing a bill that goes, “If a guy is really, really nice to you, he gets to be your boyfriend.”

As you can imagine, things take a turn for the worse fairly quickly. While making his way home, a homeless man named Chainsaw opens the door to Josh’s apartment building for him. Josh walks by without saying anything causing Chainsaw to follow him in for acknowledgement of opening the door. Josh tells him it was a very nice thing for him to do.

And herein lies the dilemma. Since “The Nice Law” requires you to date any guy who is nice to you, Josh now finds himself trapped in a relationship with a hobo named Chainsaw. Josh tries to talk his way out of the relationship by saying he created “The Nice Law” and soon comes to the realization how wrong he was when it came to Rosa and the horrible new law he set in motion. 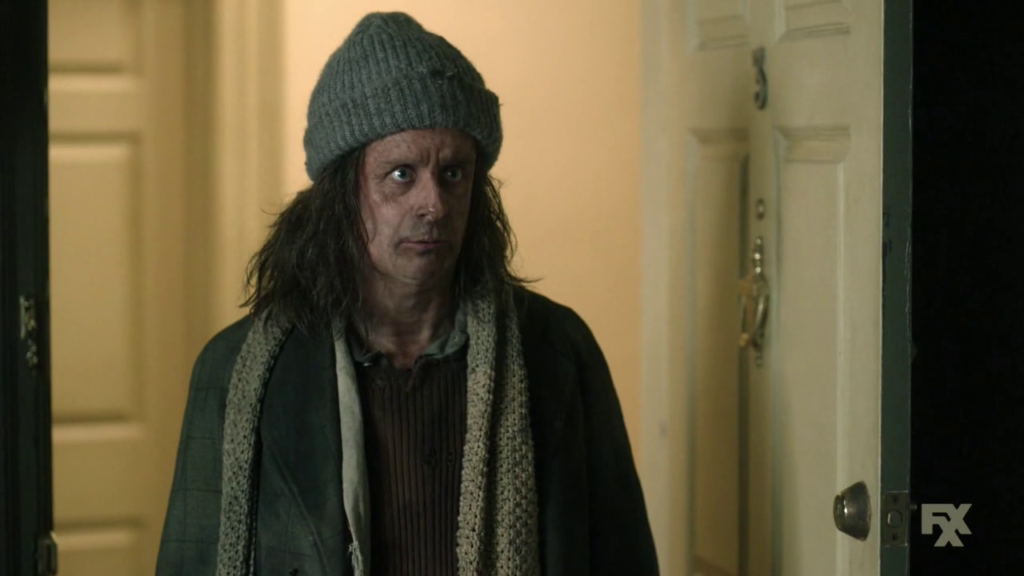 Chainsaw: *starts to unzip pants*
Josh: Hey! WOAH! WOAH! What are you doing there?
Chainsaw: Just following the law. If the guy is nice to you, he gets to be your boyfriend.
Josh: Okay, okay, okay very good. I now see where you might have gotten a little confused. I came up with that law…
Chainsaw: *starts clapping*
Josh: …because there was this girl named Rosa that I was very nice to…
Chainsaw: Like how I was nice to you.
Josh: …and I really liked her…
Chainsaw: Like how I really like you.
Josh: You seem like a nice man, but I really think we would be better off as just friends. *slow realization sets in* I get it now. Just because I was nice to Rosa doesn’t mean she has to sleep with me. She has the right to sleep with or not sleep with whomever she wants. Its up to her and I just have to live with it.

Last night’s episode of Man Seeking Woman tackled an issue that I wish I had a better grasp of earlier in my life. Just because I was very nice to someone doesn’t mean they have to like me. Majority of the time the person on the receiving end won’t even see it as an affectionate act.

I, along with many others I knew, were always the nice guys. We sacrificed what could potentially have been great friendships with women thinking exactly how Josh did. There’s nothing wrong in being the nice guy. Just don’t expect something in return.