‘Krypton’ Review: The Origins of the House of El

Krypton, developed by David S. Goyer and Damian Kindler, takes viewers approximately 200 years before the birth of Kal-El, or as most know him – Superman. Paving new ground, Krypton provides a glimpse of the history behind the beloved Man of Steel. If you are new to the whole DC universe, like me, don’t fret. Krypton‘s story is enjoyable and there are plenty of characters to bond and grow with.

Krypton throws viewers right into the action as the series opens on a court deliberation on the titular planet. Val-El finds himself being persecuted for speaking out that there is other life outside of planet. Not willing to give up on his belief, Val-El is convicted of treason. Due to his actions, the House of El is stripped of all rights, privileges, and rank and Val-El is sentenced to death. In his final moments, Val-El turns to his grandson, Seg-El (Cameron Cuffe), and conveys his final message of continuing to believe in a better tomorrow.

With this short backstory covered, cue the 14-year time skip. Seg is now grown up and appears to be up to no good. He’s your typical ruffian swindling and fighting alongside his friend Kem (Rasmus Hardiker). The interplay between Seg and Kem is lighthearted, providing some comic relief after such an intense start. They appear to be good friends that will help each other without a second thought. In the background, a strange character lurks around. 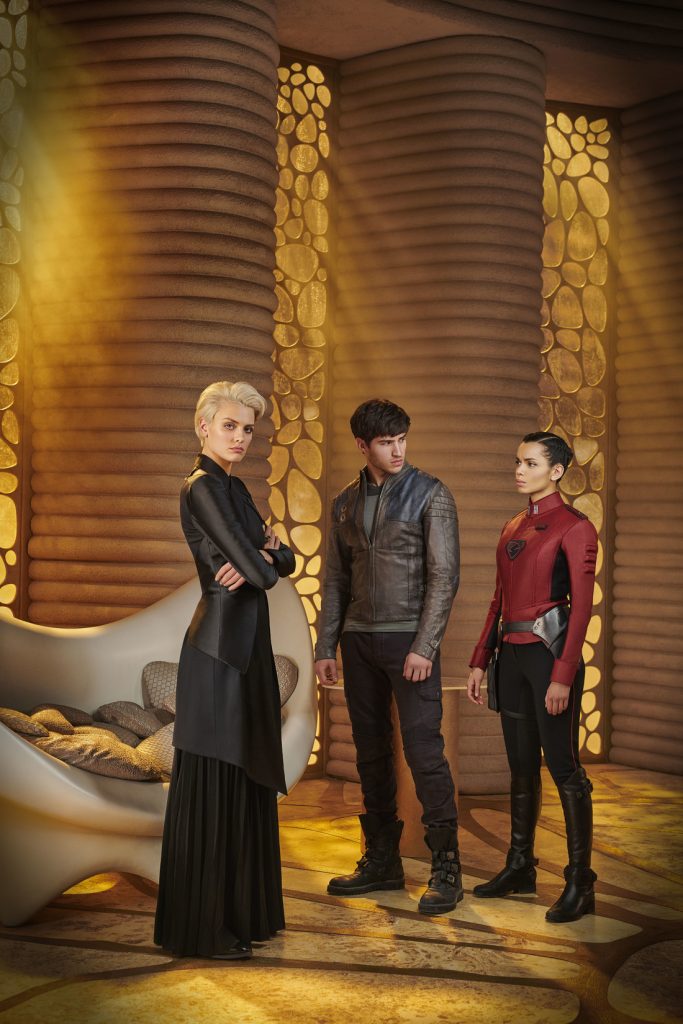 During an errand to deliver medicine to his father, Seg stops a terrorist from bombing the council. From this act of heroism, Daron-Vex awards Seg with re-instatement of rank by “binding” with his daughter, Nyssa Vex (Wallis Day). Binding on Krypton is the new way of generating offspring, minus all the sexiness. The child’s future is then foreseen for them. This proves to be a dilemma as Seg is already involved in a relationship with Lyta Zod (Georgina Campbell). The relationship is further strained when Alura Zod (Ann Ogbomo) kills both of Seg’s parents.

The strange character shown earlier turns out to be Adam Strange. He has travelled through time and space to ensure that the Seg survives so Superman, Kal-El, will be born. He hands Seg a sandstone that is the key to getting into the Fortress of Solitude. By the end of the episode, he appears again to reveal that Seg only has a limited amount of time to stop the impending doom of Braniac.

With a love triangle, impending destruction of the planet, as well as the secrets that lie in the Fortress of Solitude, Krypton’s pilot has more than done its job to set the stage for an action-packed season. Even a Marvel fan like myself is excited to see what the rest of the season will bring.

Previous article
‘The Magicians’: The Seventh Key is in Timeline 23
Next article
Supertrash Cast Legends “Necromancing the Stone”