‘Homeland’ Review: About a Boy …toy

I’ll just go ahead and say it: Carrie Mathison has lost her gorram mind. We all knew she was on edge, that her point-of-view was unreliable at best, but in the fifth episode of the season, Carrie has officially sunk her battleship. With Halloween is fast approaching, maybe her story arc is intended to induce cringing, shaking, and downright fear. If that’s the case: Bravo! If not, well, I have no other way to justify that kind of behavior from a station chief in the freakin’ CIA. It appears as if she’s going down another, much younger, Brody rabbit hole, and I’m afraid there’s a snake pit lying in wait at the bottom.

As for the other characters, last week as we left it, Saul was pressured into leaving Islamabad; Quinn and Fara made incredible headway on the ISI conspiracy, even finding out that their main target from the drone strike, Haqqani, was still alive; then, there’s the ambassador’s sniveling husband and his relationship with the ISI. All three of these stories progressed in an exciting fashion this week. In fact, had Carrie been removed entirely from the equation, I would applaud the show for being must-watch TV again. 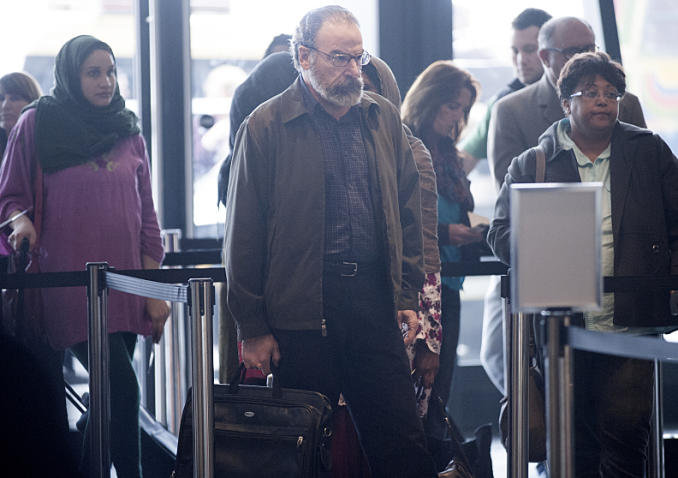 Saul. Oh, adorable, teddy bear Saul. You don’t play the aloof old man the way you think you do and it got you stabbed in yo’ neck. With some kind of sedative. Not a knife. Just so we’re all clear here. Point is, Saul, you know better than to walk into that kind of trap. However, as much as I love Saul (and his relationship with Carrie, even though she’s swimming in crazy juice), watching him get played was a refreshing change. I thought I had it figured out, assumed that Farhad would be dead in the bathroom, with Saul named the guilty party. But no, I was wrong, and opposite of my personality in the real world, I love being wrong while watching TV. In the first season, that was where Homeland excelled, and I desperately hope that kind of writing returns this season.

You know what else I want? More Fara (Nazanin Boniadi) and Quinn (Rupert Friend). Not romantically, you perverts. After three and a half seasons, I don’t trust any kind of romantic entanglement in the Homeland-verse. However, the pair work well together and it’s nice to see the hardened, cynical Quinn soften for Fara’s naivety about CIA protocol. (I also enjoy every time he gives Carrie the “WTF” face.) He sees in Fara a light about the world that faded for him years ago. However, both are limited in what they can do without Carrie’s help, and I wonder if either of them will hit a breaking point and resort to her rule-breaking ways. I thought that point might have been reached when Quinn and Fara reached the checkpoint and needed to follow the cleric with a drone, but they didn’t, and now Saul is taking a vacation in the mountains. 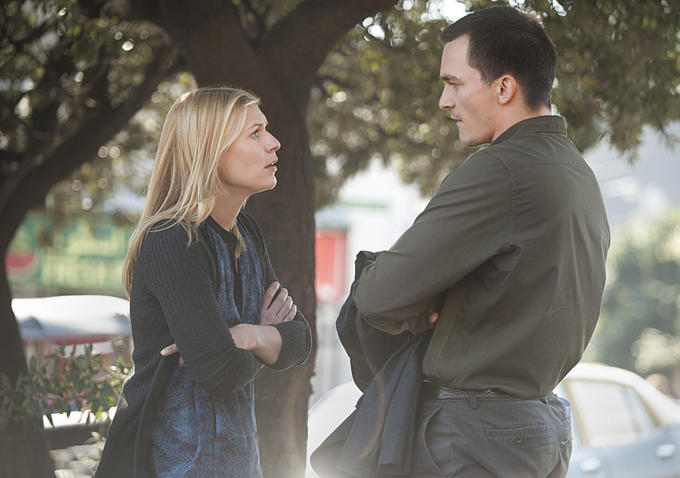 I don’t have much to say about Ambassador Boyd and her husband, as that is one of the more predictable story lines thus far, but I don’t hate it. The female ISI agent, Tasneem Qureshi, is spellbinding, and I’m intrigued to learn more about her, and the ISI in general. She and Carrie need to go head-to-head in the boxing ring. I have suspicions, also, that along with Dennis Boyd, Redmond isn’t entirely truthful about where his loyalties lie, but that would be too easy for Homeland. And I’ll stop now to prevent myself looking like a fool with further predictions.

And now, here we are, back to Carrie. Despite my earlier frustration, I still don’t hate Carrie. I may be the only one left, but I want to have faith that she’ll get back on track. Last week, she seduced a young man, one who was emotionally and physically vulnerable, and I….oh, how do I put this? I wanted to reach through the screen and shout a stern, “NO!” as if I were talking to a puppy chewing on a pair of shoes. But, you see, I’m not surprised by Carrie’s behavior. Over the course of three years, we’ve learned that when Carrie gets into trouble, she turns to sex as a way out. Heck, do you all remember her trying to seduce Saul in the PILOT? 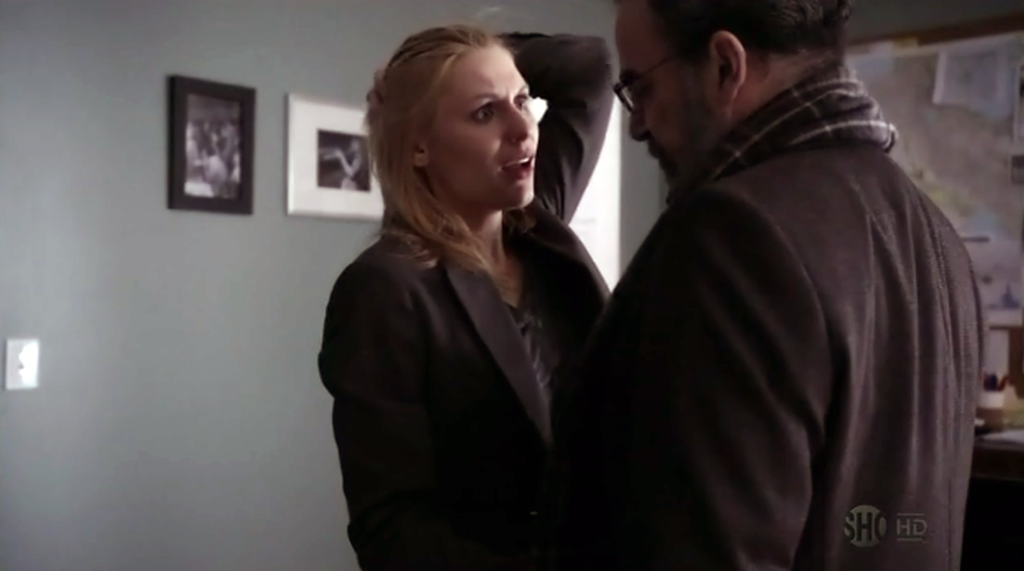 Instead, I was more disappointed that Carrie ignored her coworkers calls for help. No matter what, Carrie puts the mission first. Her job is her life, so to see her push it aside when lives are on the line was rather shocking. Carrie doesn’t see the error in ways, truly believing everything she does is for the CIA. Classic Carrie. I think that, like Quinn, Carrie’s interest and faith in the CIA is waning. Only, she hasn’t recognized it yet and hides behind “recruitment.” If something happens to Saul because of Carrie’s inaction, I think we are going to see an even darker shift in her character. Besides, I know I said I wasn’t going to make any more predictions, but I think Carrie’s the one getting played by Aayan. He obviously worships his uncle, so there isn’t a scenario where I foresee him not being an inside source.

Overall, ‘About a Boy’ was a solid episode, easily the best of the season thus far. The preview for next week’s episode seems to an action-packed hour, so strap in, boys and girls. Homeland just might be hitting its stride. (Yes, that’s the cheery, optimistic gal in me talking. What? I can be nice.)

To sum up: Mandy Patinkin fits in the trunk of a Peugeot; Quinn leaves awesome voice mails; Women going to the bathroom in groups no longer seems like a bad idea; the ambassador’s husband is the twitchiest mole ever in the history of moles.

Season 4, Episode 5: “About a Boy”
Homeland airs Sunday on Showtime at 8pm EST.