McGarrett’s finally got the ring in hand and he’s ready to propose to Catherine after five long years of waiting (and making us wait)…it’s just too bad Catherine’s taking private phone calls, speaking a Middle Eastern dialect with an unknown party on the other end again — and in the back of our minds, we all know what that means. But, first, Five-0 has to contend with some guy who got shot while snorkeling out in the coral reefs deep off the coast of Oahu. It’s a throwaway story until the writers link things up to Gabriel Waincroft because it really wouldn’t be wise to let the dead Yakuza seen at the end of last week’s episode (“Ashes to Ashes”) go without at least being mentioned or tied into today’s episode.

I don’t mean to be so unkind but an artist scavenging for junk among Hawaii’s coral reefs and then accidentally offing himself when his collection bag gets torn open causing the gun to fall and accidentally discharge just isn’t all that compelling (or realistic). We don’t know the guy (or the other guy murdered by the gun he found) and when we realize he was simply a plot device to move the overall story forward, everything leading up to the big reveal seems like an absolute waste. Yes, even the Jason Mewes cameo. Holy shit, I didn’t see that coming. Though, he was good. Honestly, Mewes could be a fantastic dramatic actor if the one scene he was in was any indication.

And speaking of guest stars, the showrunners have made a curious choice in resurrecting Danny’s Jersey Shore wannabe nephew Eric (Andrew Lawrence). You might recognize Eric from “Kapu”, the 12th episode of the 3rd season. No? Yeah, I don’t blame you. While his character might have been construed as “fun” (if you think Pauly D channeling Tony Danza on a sugar cube high is “fun”), he just serves to lower the grade on an already-average episode. That’s probably because nobody in their right mind can buy him as a “forensics expert”. But, hell with everything: there’s Eric and he’s a “forensics expert”. There’s no rhyme or reason to it. I mean, add this to the fact that the main story lacks any real bite (except that — surprise — it all leads back to Gabriel Waincroft at the end), and the only reason to watch is the sub-plot with McGarrett and Catherine.

But to hell with that: Catherine’s going away again right when we all thought she was here to stay. “I need to feel needed,” she explains to Steve, who had the big engagement ring ready to go in order to make Catherine and honest woman. You can why he’d be confused by her reasoning — but it turns out Catherine needs to be needed at a professional level. Even suggesting a comeback at Five-0 doesn’t do it for Catherine: “Five-0 is you,” she tells him. “It will always be your thing — and I need to build something on my own.” Just where Catherine’s going is the question. She tells McGarrett that she’s going to Nepal to help the Red Cross drop supplies (for the victims of very real-life earthquake that occurred a few months ago) — but a cell phone call to a mysterious party in a private car following the break-up suggests otherwise.

This sort of thing is obviously something we’ll learn about in the coming episodes but, at this point, I’m not longer looking forward to it. I don’t know why the writers are keeping Michelle Borth in the picture. Especially when she’s been severely misused for the last 25 episodes. The break-up at the end of this episode is cold as ice — but lacks true impact when it dives into a hokey video montage of Steve & Catherine’s Greatest Hits. I felt like shrugging — and I can say, with confidence, that my reaction is probably not what the writers intended and probably echoed the throngs of people who have stuck around watching this show. There are reports that Fallen Skies actress Sarah Carter is entering the show as McGarrett’s new love interest but I can’t help but think this move is nothing more than an unnecessary wedge in order to drum up this show’s poor ratings.

Matt Perri is one of those literary Ronin you’ve never heard of until he shows up and tells you he’s a literary Ronin. He’s a native Californian, a film buff, old school gamer geek, and a sports/entertainment fan. A lifelong Giants, 49ers and Sharks fan, he also covers the world of pro-wrestling, writing recaps for WWE Monday Night RAW and Total Divas at Scott’s Blog of Doom. You can follow the guy on Twitter via @PerriTheSmark as well as here at The Workprint and his own blog, Matt's Entertainment.
@PerriTheSmark
Previous ‘Lucifer’ Reaction: Screw Playing God, I Want to be the Devil
Next Sarah Michelle Gellar Enjoys Being Bad in ‘Star Wars Rebels’ 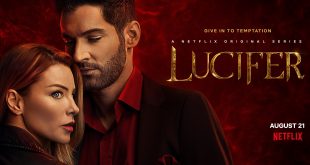 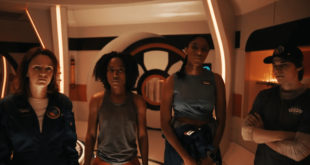 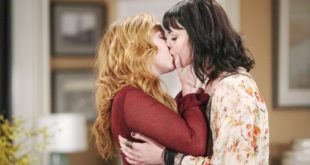