Happy! may be the craziest show Syfy has ever aired.

Based on the graphic novel from comic writer Grant Morrison and artist Darick Robertson, Happy! stars Christopher Meloni in his most insane role yet (yes, even crazier than his character in Wet Hot American Summer).

In “Saint Nick,” Meloni plays Nick Sax, a revered ex-cop turned degenerate hitman, who finds himself being hunted by the Scaramucci crime family and corrupt NYPD officers who are on their payroll.

Sax, using the flat of a prostitute, lures four young, dudebro Scaramuccis and offs three of them immediately. The fourth offers him a secret password that would unlock priceless riches, before shooting Sax in the chest. Sax in retaliation shoots his aggressor out of the window and onto the streets of New York City. Unfortunately for Sax, his latest target manages to survive the fall.

Sax heads down to the street to off the last of the Scaramucci boys but is pulled in close and has the secret mafia password whispered in his ear. The intense shootout mixed with Sax’s degenerate lifestyle leads to him suffering a heart attack. When he finally comes to in the back of an ambulance, Sax finds a blue, animated, flying unicorn waiting for him. 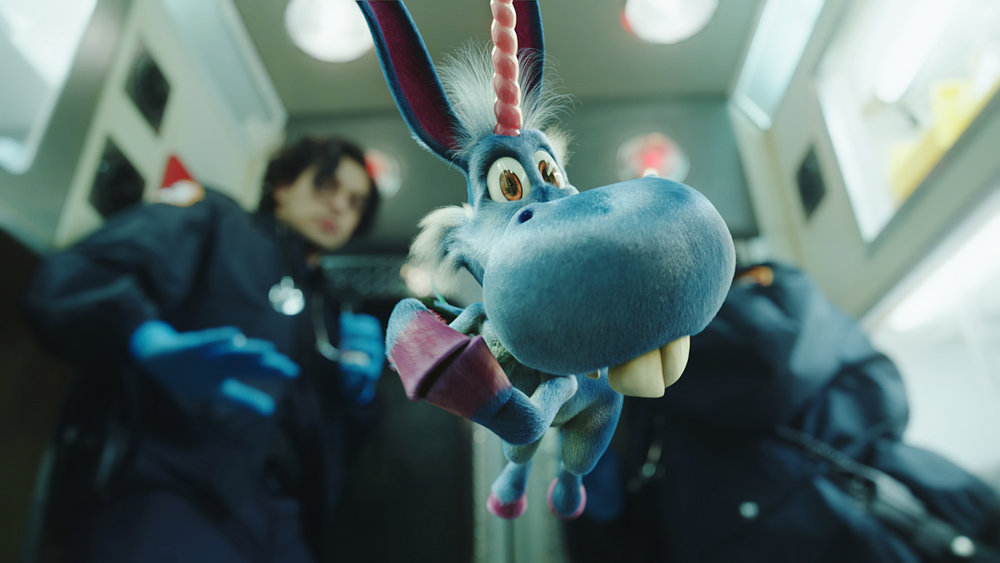 Happy, voiced by Patton Oswalt, tries to convince Sax to rescue a little girl who has been kidnapped by a meth head Santa Claus, but Sax has a hard time believing the flying blue unicorn is something more than a figment of his drug-addled mind.

Once Sax arrives in the hospital, he finds himself chased down by the Scaramucci torturer, Smoothie, after the prostitute in the flat alerts the corrupt NYPD officers that Sax may know the secret password they are searching for. What follows is an over-the-top, hilariously violent, escape sequence culminating in a cliffhanger ending where Sax learns from Happy that the missing young girl is his daughter he never knew he had.

The premiere of Happy! is definitely one of the weirdest and most shocking new shows I’ve seen on Syfy, let alone TV. Meloni and Oswalt work well off one another, even if one is a CGI-animated figure. Meloni’s gives his all in his most insane performance to date.

The opening moments may have had me asking if I really wanted to spend my time watching the series, but the dark tone and insanity set the tone to what I imagine will be a cult classic for Syfy.