Minor Spoilers for the prologue of the We Happy Few game preview.

We Happy Few was one of the standout trailers from E3 this year and for good reason. It reminded gamers of Bioshock, ticking all the right boxes for creep factor and exploration. I mean, you show a group of drugged people in terrifying makeup masks eating a dead rat and you have my attention. Last week, the early access version of We Happy Few came to PC and Xbox and gamers were, shall we say, a bit confused. Instead of being like Bioshock, they found that We Happy Few was more like DayZ or the survival mode of Fallout 4, and some, were disappointed.

Here’s the thing: I play a lot of survival games where I have to Tetris my inventory, manage food and water intake, and pray to the gods that I didn’t need that bit of metal I just tossed out of my bag because this can of rotten food is more important. Moreover, I’ve rambled on at length about my time playing early access games and the patience I show toward these types of games. Needless to say: I’m the exact person We Happy Few wants playing this game and you know what? I think the Alpha for We Happy Few shows a lot of promise and I’m excited for the final product.

The E3 trailer tells you pretty much everything I know story-wise about this game. You take on the role of Arthur, a newspaper censor who has decided to go off his Joy (medication that makes one happy and in denial) and that action has disastrous consequences. After the nerve-wracking opening sequence, you’re thrust into the world, left alone to try to fit back in with a Joy-riddled world. And that’s it for the preview, truly. There are minor plot sequences but for the most part, you’re left to your own devices in a randomly-generated town in 1964 England.

I played through most of what I could in We Happy Few and even though I’m predisposed to enjoy this genre, I had a good time with it. It’s just sickening enough to sate the masochistic gamer inside me. I was able to steal items with reckless abandon, pop a Joy pill if I wanted to fit in, liquor up the bobbies to get the quest items I needed, pummel a jerk who randomly told me to “sod off”, and suffocate a man so I could sleep in his bed. All with a macabre smile across my face.

We Happy Few doesn’t hold your hand with where to go, what to do, or which quest to follow. If you aren’t a fan of the open-world genre like Fallout, you probably aren’t going to enjoy We Happy Few. It takes a few in-game days to get your bearings in the world, exploring rundown building and garbage cans to find rotten food and loot bits of metal for crafting. If you were expecting We Happy Few to be a creepy narrative that will keep you awake at night with not knowing how it ends, I’d say it’s best to wait for the finished product. The groundwork for a thrilling plot is there. It’s just up to Compulsion Games to follow-through on the premise.

And that’s the biggest problem with We Happy Few, isn’t it? Sure, gamers are upset that the genre isn’t really what was presented in the trailer, but mostly they’re upset that the game isn’t finished. If you look at the reviews of the Alpha gameplay so far you’ll find a common theme: complaints of the world being empty, not enough story to really enjoy the world at large, and plenty of annoying bugs that aren’t quite game-breaking but enough to be annoying.

To that I say: of course a game in Early Access isn’t going to give gamers 30+ hours of content and it’s irresponsible to think it would. Compulsion Games have stated the game is at around 50% finished, which gamers should see as a positive, not a negative to whine about. Don’t look at it like we have to wait that much longer for the final product. Look at it as, they still have 50% more stuff to cram into this awesome-looking game. 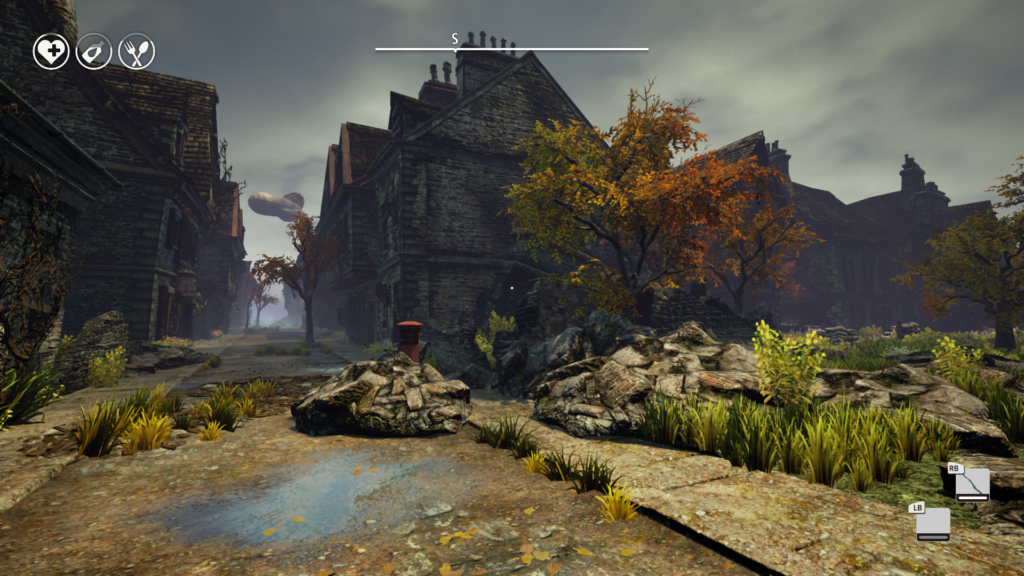 After playing through a significant amount of the preview, here’s what I would like to see changed or added in the final version of We Happy Few:

All in all, We Happy Few wasn’t a complete game, but you should never go into an early access game expecting as much. For the time I spent on it, I had a ton of fun and if the developers can deliver on the other 50%, I suspect I’ll be happy with the final result.

The We Happy Few preview was played on the Xbox One with a review code supplied by the developers, Compulsion Games.

Previous article
The Workprint Gamescast Episode 35: The Future of Nintendo
Next article
‘Scream’ review: ‘The Vanishing’ is the best of the series