If there’s one thing that Starz loves, it’s the Tudor era of English history. First, we had The Tudors, showcasing Henry VIII’s ability to bed a woman, then The White Queen, a miniseries surrounding the War of Roses and Elizabeth Woodville’s rise and fall from the throne, and now we have The White Princess. The White Princess follows up on the events of The White Queen and the end of The War of The Roses, this time following Elizabeth Woodville’s daughter, Elizabeth of York, and her marriage to the newly crowned King of England, Henry VII.

Are you confused yet?

Oh, and to make matters worse, both The White Queen and Princess are based on novels by Phillippa Gregory, so they aren’t exactly the most historic renditions of the tale. (Meaning: she takes a ton of liberties with actual history.)

Bless Starz for trying to make the Tudor era as uncomplicated as possible for the average viewer, but when an era is so laden with Henrys, Edwards, Elizabeths, Margarets, and Richards, it’s incredibly hard to keep track of who was on which side, how long they held the throne, and how many children they birthed and then named after themselves. To make matters MORE confusing, The White Princess begins where The White Queen ended its miniseries run four years ago, but none of the actors have remained the same because of the necessary age gaps between generations (and because after four years, the actors moved on). So if you managed to be one of the few who watched and loved the series, The White Princess may prove more difficult to grasp.

Because of the confusing nature of the period and because I’m a giver, I did my best to try to sum up the main characters and events in the opening moments of The White Princess.

Note: to keep things as simple as possible, I will refrain from using fancy historical titles like Duke of Burgundy or Earl of Richmond and instead defer to a person’s first name.

Also note: I opted not to use pictures from Starz’ 2014 War of the Roses series, The White Queen, so as to avoid further confusion about character’s identities.

There are two sides to the War of the Roses: the Yorks and the Lancasters. There are other notable houses, some of whom switch sides several times, but for the purposes of understanding the TV show, I’ll be as brief as possible.

To understand Henry VII and why his plan to unite the Yorks and Lancasters was such a big deal, you have to grasp that England had suffered immensely at the hands of the War of the Roses, reeling from some of the bloodiest battles in all of English history. Henry VI (Henry VII’s uncle) and Edward IV played ping pong with the English throne, taking turns landing devastating blows on one another, wiping out key family members left and right until finally Edward IV established a semblance of peace in his final reign. Upon his death, his young son, Edward V took the throne, only to then be betrayed by his uncle and regent, Richard III, who locked up Edward V and his baby brother, Richard, in the Tower of London and claimed the throne for himself. This act sent England back to war. 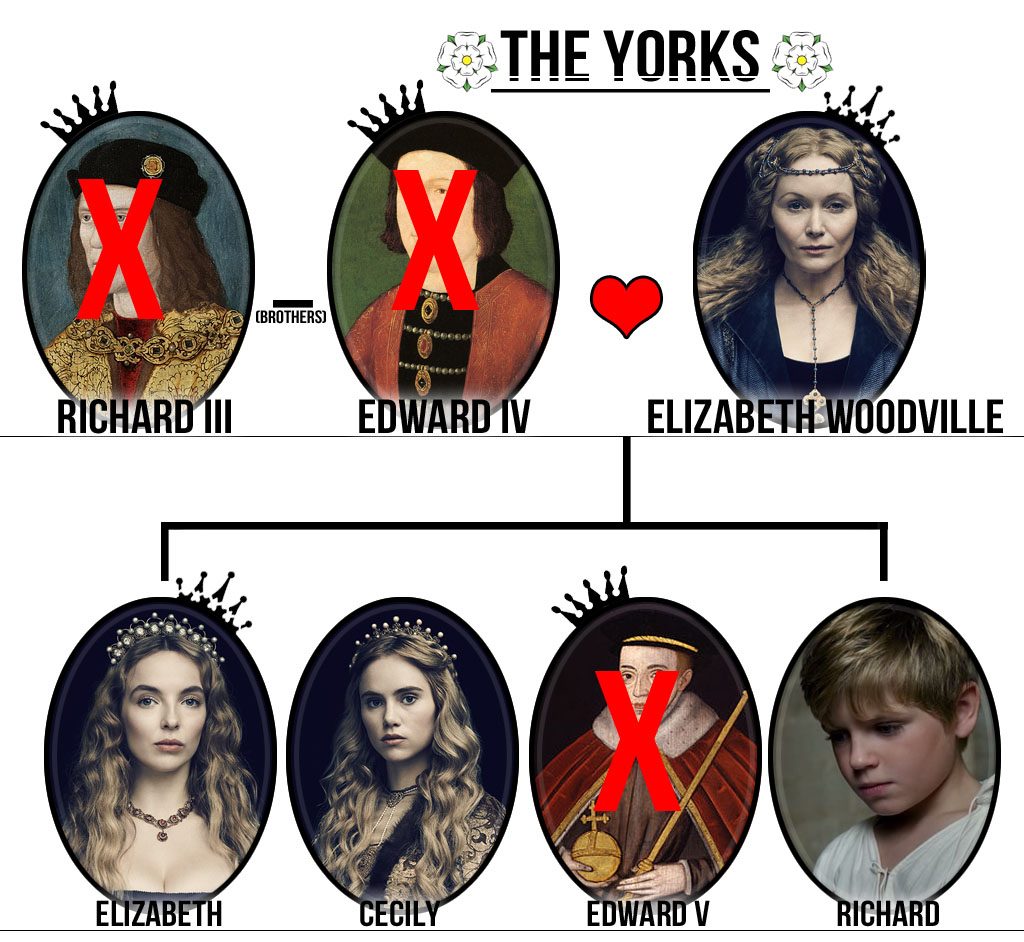 In The White Princess, Elizabeth Woodville manages to save baby Richard from his uncle (by switching him with that of a servant boy) and plans to put him back on the throne of England once the dust has settled from the war. Despite a betrothal to Henry VII, Elizabeth of York, Woodville and Edward IV’s daughter, falls in love with Richard III (yes, her uncle and the man who killed her brother). Because of many York-allied houses disapproving of Richard III’s actions, they switch to the Lancaster side, giving Henry VII a much needed edge in military numbers, thusly allowing him to kill Richard III at the Battle of Bosworth Field. 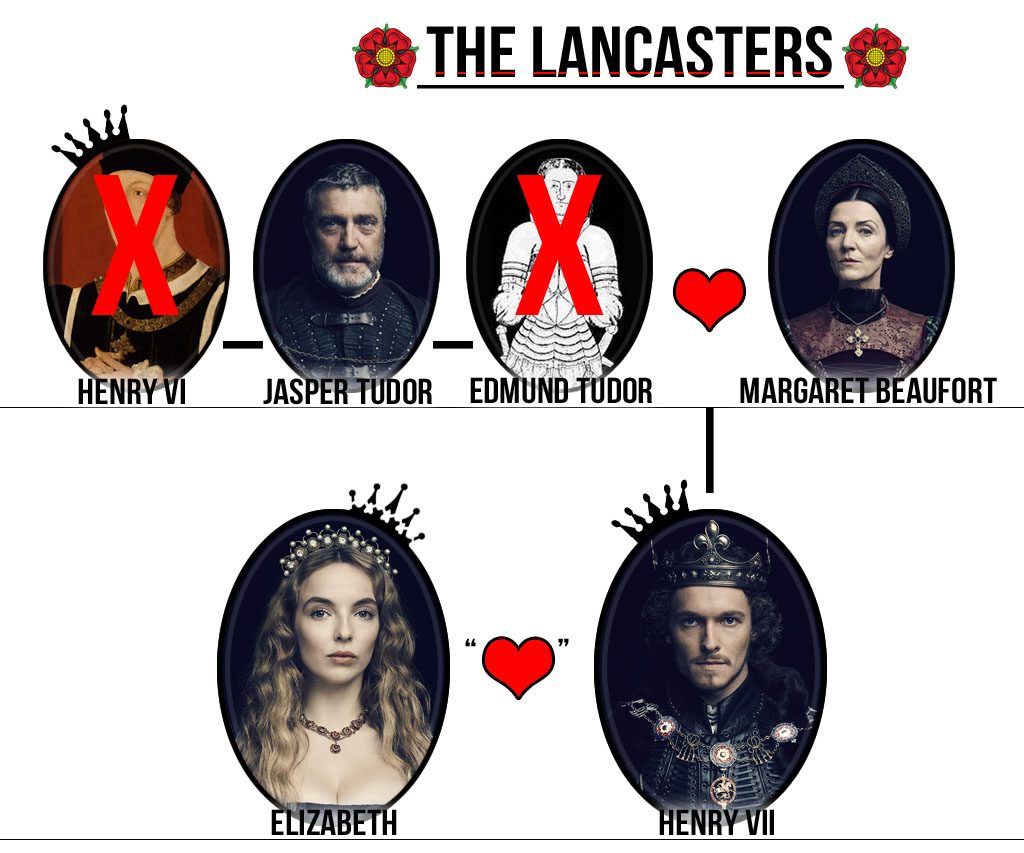 The Lancasters suffered heavy losses over the course of the War of the Roses. Henry VI, deemed “mad” by even some of his supporters, had a hard time retaining the throne. Margaret Beaufort, however, Henry VI’s half-sister through marriage, was just conniving enough to establish alliances to secure her son’s position as the King of England. It was through her meddling that convinced Richard III to murder his nephews, thereby causing many families, including that of her second husband, Thomas Stanley, to switch to the Lancaster side. (It is also this act that causes much of the tension between Margaret and Elizabeth Woodville, the latter knowledgeable of Margaret’s hand in the death of her son.) Because of Margaret’s shrewd political understanding, she persuades Henry VII to follow through with the marriage to Elizabeth of York to secure the validity of the Tudor house as the true monarchs of England.

And that’s where The White Princess begins its tale.

The White Princess airs Sundays on Starz at 8PM EST.

Previous article
‘Call of Duty’ is Headed to World War II This Fall
Next article
‘Tanked’ recap: ‘The Tank of Jericho’