When you think of Xbox, two games normally come to mind: Halo and Gears of War. To be honest, I’ve always enjoyed Gears of War far more than the Halo series, maybe even calling it my favorite Xbox exclusive series. When The Coalition (formerly Black Tusk Studios) announced that they were remastering the original Gears of War, my hopes were high, but nostalgia can reek havoc on what a gamer thinks a remaster should be.

When you first boot up Gears of War Ultimate Edition, and start the main campaign, you may think “well this looks exactly like I remember it. They didn’t change a thing!” At least that was my first reaction. Ah, nostalgia, how you play games with the mind.

The reason for this is that when the original Gears of War launched on the Xbox 360, it was pushing the limits of what we thought could be done graphically; the game was absolutely gorgeous for its time. However, after going back and comparing it with what we have now, the difference is staggering.

The Coalition has gone in and completely rebuilt every asset from the ground up. Some may complain that the game is too bright compared to the original, but I feel that a lot of the darkness in the original was used as a smoke screen for some of the weaker textures. In this remaster the detail on characters faces, gear, and the world around them truly shine, and the best part is that everything is done at 1080p 60FPS. 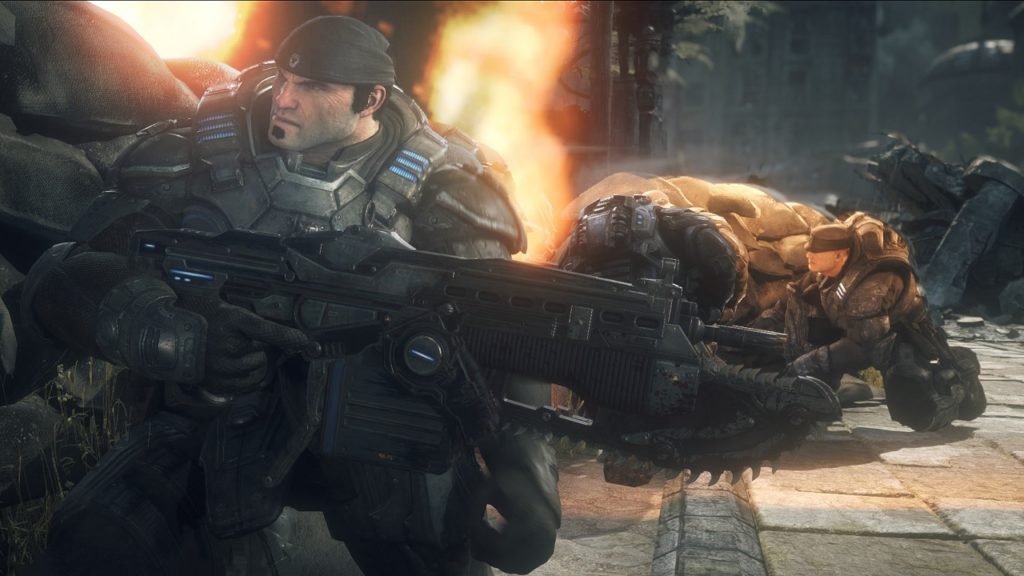 The 60FPS is definitely felt in the combat. Every run, shot, and roll feels fluid. When Gears first released, it revolutionized the 3rd person shooter, perfecting the cover mechanics we take for granted today. That may be why it holds up and still feels modern nearly 10 years later.

There are a couple minor issues, and most have to do with the way the game was originally designed. In the level design, even after playing through the original multiple times, I sometimes found myself turned around, spending time getting my bearings back with my surroundings. My other complaint is with the AI. Often times the AI would stand in a doorway or exit, without a way to move them out, hindering your progress. While frustrating, I wouldn’t call it game breaking.

One thing I got to experience for the first time in a Gears game was the online multiplayer. When I first played through the Gears series, it was long after release, and the online community had all but dried up. From what I experienced, connections were fast, lag free, and I never had to worry about dropped games. The co-op also worked great through the main campaign. If you’re worried that this may turn out like the Halo Master Chief Collection, you can push that from your mind.

If The Coalition is using Gears of War Ultimate Edition to show off their skills before the release of Gears of War 4, I would say the series is in good hands. This game shows their respect for the series as well as their skills as game creators. I can’t wait to see what they have up their sleeves for the next release!