‘Game of Thrones’ Review – Kill the Boy, and Let the Man Be Born

As long as that man isn’t ramsay bolton

It took us until the fifth episode, but we finally have a solid Game of Thrones episode in “Kill the Boy.” I attribute that almost entirely to lack of jumping from place to place every two minutes. Each plot was given enough time to grow so that we could savor (or loathe) every characters’ presence.

At Castle Black, Stannis continues to grow on me. Last week he made Shireen (most adorable character on the show) happy and this week he corrected a Crow’s grammar. Oh, Stannis. You can be my King of Westeros; though, now you’re dead because I like you. 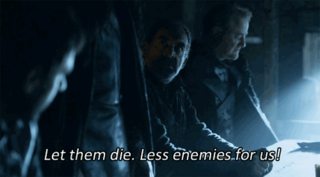 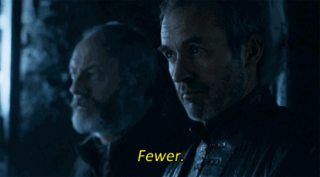 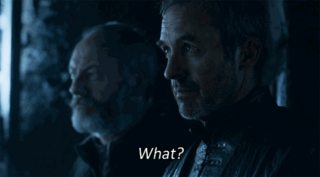 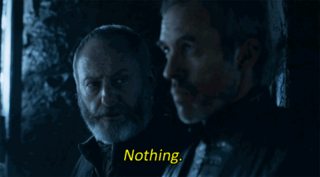 Stannis has been making his way around Castle Black, taking inventory of the men around him. Unlike many leaders who only expect soldiers in a time of war, Stannis knows to look for the strengths in each person, especially when it comes Samwell Tarly. Sam may have slain a White Walker, but he’s never going to beat back an army and Stannis knows this, so he instructs Sam to stay in school and keep reading about dragonglass so they can arm themselves against winter. Stannis, thus far, has been the only leader to even recognize the growing troubles North of the Wall and that earns him respect from me. However, he also knows that because of the encroaching winter, now is the time to strike at Winterfell; and with that, the Baratheons leave Castle Black. I’m not really sure I’d want to take Selyse on a road trip, though. “Fetus in a jar, anyone? No? Fine, you’ll all burn.”

Meanwhile, Jon Snow is off being an awesome Lord Commander, holding his own against crazy eyes Tormund, and making hard decisions about the Night’s Watch’s future. He knows saving the wildlings in Hardhome will divide the watch, but it’s something he feels honor bound to do and we all know how those Starks are with their honor. I can’t believe all of those words came from my fingertips but leadership suits Jon and it helps that Kit’s acting has improved over the years.

The last time Sansa Stark was in Winterfell she was a naive young girl who dreamed of marrying a prince and being a kind Lady who would bear her husband lots of children. After surviving the Lannisters, Lysa Arryn, Littlefinger, and now being cast off on to the Boltons, any notion of heroes in Sansa’s mind has gone out the window like Bran. (Sorry, not sorry.) If it’s possible, Ramsay Bolton is a worse fiancé than Joffrey. Joffrey was at least easily manipulated and it was kind of easy to predict when he’d go off the rails. Ramsay is epitome of “batshit insane.” So much so that when he makes Theon kneel before him, his possible moves could have to: force sex on Theon, break his fingers, or gouge out his eyes. None of which would surprise a single viewer. Instead, he forgave Theon and that is the more terrifying outcome. Myranda, also unpredictable and insane, introduced herself to Sansa and she’s the worst. 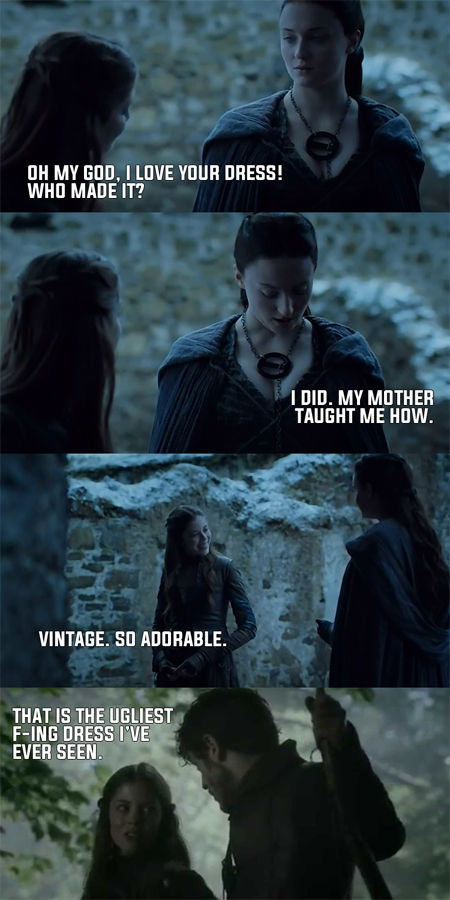 Dinner at Winterfell is more uncomfortable than dinner with the Lannisters. Ramsay’s underhanded sadism is worse than anything Cersei could drunkenly utter and Sansa, polite as she is, has a hard time disguising her fear. A fear mirrored in Theon’s eyes when he’s told to apologize to Lady Stark. Tired of Ramsay’s shenanigans, Roose slams a What to Expect book down the table and informs everyone that Walda is pregnant and it’s likely a son. Ramsay and Sansa’s faces trade places as the former cannot hide his anger, and the latter is so gleeful she rubs it in his face.

Later, Roose gives Ramsay the birds and the bees talk, divulging to him how he met/raped Ramsay’s mother. It’s the barbaric version of Stannis’ story to Shireen last week, which I guess is kind of sweet that Roose knew baby Psycho was his blood? Papa Bolton certainly knows how to put Ramsay in his place, reminding us that both Bolton men are to be feared. And that’s enough Bolton for this week.

It looks like last week’s ending wasn’t just a cliffhanger; Ser Barristan is really gone and I’m not sure how to feel. I should have seen it coming, what with all the sentimental moments between him and Dany of late, but I’ll admit, I thought he was safe. Stupid me. Never get think anyone is safe in Game of Thrones.

Dany, enraged by the attacks on her people by the Sons of the Harpy, wants vengeance, even if it means killing those who are innocent. She takes her house words–Fire and Blood–seriously, as evidenced when she brings all the old family masters to meet her children. In a beautifully disturbing CGI scene, we watch Rhaegal and Viserion burn and then rip a man in two, and Dany lets a smile slip. But Dany cannot go full rampage, as Barristan would not have wanted such, so she puts the masters in cells instead.

Fortunately, Grey Worm survives the massacre in the alley, and he expresses to a grief-stricken Missandei that he’s feeling guilt not over having lived, but for being afraid. Unsullied aren’t supposed to know fear, but Grey Worm does, and after nearly three seasons, Missandei kisses him and the pair solidifies themselves as the most adorable couple in Game of Thrones. (Are they the only couple at the moment? Crap.) 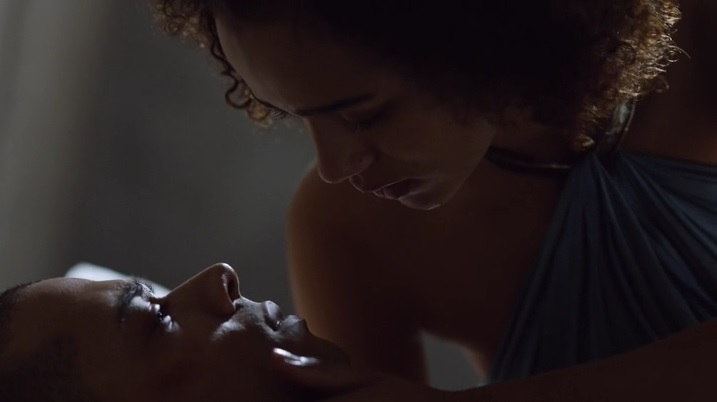 Dany then turns to Missandei for advice and this is one of those things we’ve seen in good leaders throughout the show, especially in this episode: Dany is not afraid to hear others’ opinions, the same with Jon Snow and Stannis Baratheon. Ultimately, they all know the power resides in their hands, but it doesn’t mean they can’t gather as much information as possible. Much like Aemon earlier in the episode when talking to Lord Commander Snow, Missandei tells Daenerys to trust her feelings, as she usually winds up at the best possible solution. Dany does so and concedes that now is not the time for revenge, but for compromise. She approaches a still horrified Hizdahr and says she will open the fighting pits to free men and she will marry him to bring peace to her people. Things are looking less fiery for ol’ Hizdahr zo Loraq, though I can’t imagine boy-toy Daario is going to quietly accept Dany’s new compromise and pending nuptials.

Somewhere near the ruins of Valyria

Jorah the Explorer and Tyrion continue their exhilarating sail to Meereen, taking the scenic route through old Valyria. They share some poetry and Tyrion reminds us he’s an alcoholic; then the pair goes dragon watching. It’s a romantic date and I, for one, cannot wait for these two crazy kids to announce their feelings for one another. Varys is going to be so jealous. Anyway, the mood is soon ruined by a couple of party crashers cosplaying Fantastic Four’s, Thing.

Thankfully, Tyrion survives the near-death experience and doesn’t get any of that yucky greyscale on him. (I don’t know why he’s worried; it looks cute on Shireen!) Jorah, however, is playing the Zombie Apocalypse card because nothing bad has ever happened from keeping his super infectious disease a secret.

Hating Ramsay is WAY more satisfying that hating Joffrey. I want Sansa to gut him on their wedding night, but after all the rumors about a horrifying Sansa scene, I doubt that wish will come true. Hooray. Westeros wedding are the best.

I find it odd that Sansa isn’t a little better at disguising her feelings when dealing with the Boltons. Manipulation was the name of Littlefinger’s game and Sansa seems to have forgotten every lesson. Except when she congratulates Walda on her pregnancy. That was class.

Walda’s dead, right? I mean, Ramsay is going to kill her the way Talisa was murdered, right?

Brienne was also in this episode for like two seconds, being completely subtle about her intentions. A spy, Brienne of Tarth is not.