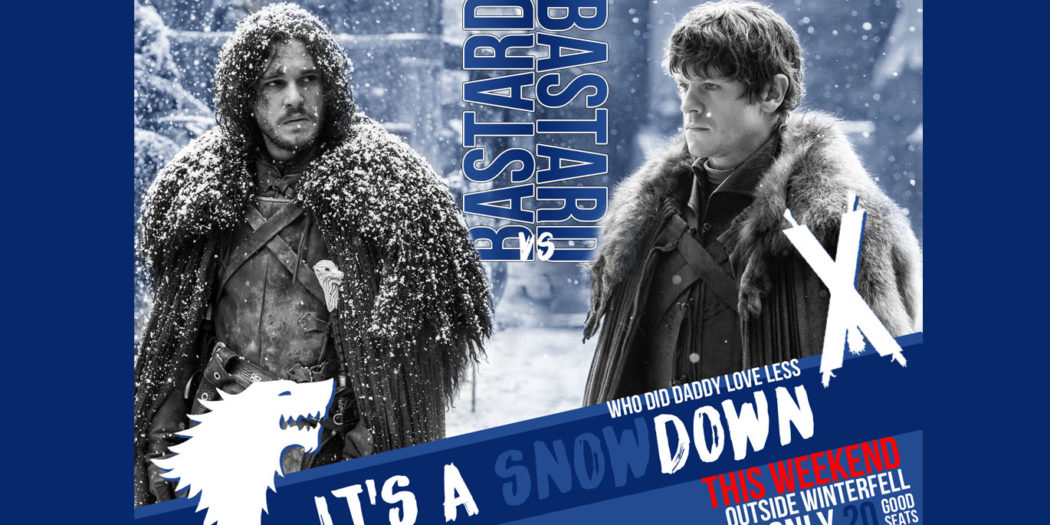 Let’s over prepare for this week’s epic ‘Game of Thrones’ showdown: “Battle of the Bastards”

Spoilers through all of Game of Thrones. Every part of it. Yea, even that one obscure book fact only you noticed.

This Sunday Game of Thrones is promising us an epic battle unlike any we’ve seen before with “The Battle of the Bastards”. Okay, maybe they haven’t promised that but this is the first battle where it’s truly the good guy against the bad guy and I’m going in with a stupid amount of hope that it ends well. (I’m sure I won’t be let down at all.)

Game of Thrones has a history of epic episode nine’s in the series. You’ve got your “Baelor”, “Blackwater”, “Rains of Castamere”, and “Watchers on the Wall”, all of which were INSANE episodes that helped end each series on a high note.

Recently, I went back and watched “Hardhome” from last year (the best 30 minutes of television Thrones has ever aired), and I think the flow of that battle, along with the ones I mentioned that came before it, can give us some insight into how things might go down in season six’s major battle, “The Battle of the Bastards.” In “Baelor”, our hero Ned was killed; there was so much chaos and destruction in “Blackwater” that it left all sides crippled for the future; “Rains of Castamere” left everyone feeling hollow over the amount of death in one wedding; and “Watchers on the Wall” may have been a victory for the Night’s Watch, but they lost way more than they gained. “Hardhome” was ultimately a loss for Westeros. Like many of the episode nine’s (even though was episode 8), it had kickass moments–Karsi being baller, Jon killing a Walker, Wun-Wun being a giant–but by the end, things felt more helpless than they had before. The White Walkers were an unkillable enemy with numbers growing by the thousands.

I predict we might get one moment, one glimpse of the light that could be for our heroes, maybe even the death of Ramsay, but that by the end of “Battle of the Bastards”, things will be even more dire than Jon’s man bun situation. There have been set photos floating around of a smaller figure tied to a Bolton cross and I suspect that like last season, we might watch the death of another child, Rickon Stark. Ramsay out numbers Jon’s forces. Based on numbers from the book, I’d guess that the Boltons have somewhere around 7,000 men, which would put them at more than double Jon’s numbers, BUT that difference in army size also makes the game more exciting for when/it Littlefinger arrives with aid. It’s not an insurmountable task for Jon and Co. to win the  battle but there will be casualties (I’d guess Ser Davos will die) and I suspect by the battle’s end that something more sinister will arrive, like maybe a handful of wights signaling the impending doom of the season finale.

Here’s a visual breakdown of things going on in the “Battle of the Bastards”:

It’s interesting to note that the Hornwoods have declared for Bolton in the books but in the show support Jon. There’s also no mention so far of the Freys (who are the biggest Bolton supporters, giving them 2,000 extra men) and the Manderlys (who are hidden supporters of the Starks). I wonder if any will make appearances in this episode, but it seems unlikely.

I’d also like to speculate (because this is my article and I fucking can) that in the books, Sansa is still in the Vale at this time, and I wonder if she doesn’t spurn the Vale forces into supporting Jon at some point in The Winds of Winter, thus leading to their eventual reunion in the North. Pipe dreams, but hey.

I know that for all my doom and gloom surrounding this battle I have a lot of hope that Sansa and Jon will lead the North again and that’s probably a stupid hope. Knowing Game of Thrones, Jon will die again and Sansa will be a prisoner of either Ramsay or Littlefinger and Ramsay Bolton will go on to become the Prince That Was Promised.

Don't let the fancy nerd duds deceive you; Jen’s never been described as “classy.” You can find her on Twitter where she stalks all of her favorite celebrities: @jenstayrook. Or you can find her on Steam or Xbox dying in every game she plays as "Rilna." Email: jen.stayrook@theworkprint.com
@jenstayrook
Previous Theater Nerds, We’re Finally Getting That “Wicked!” Movie
Next ‘Person of Interest’: “.exe” Review 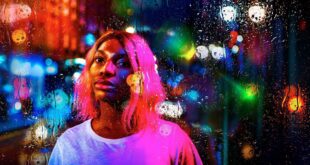 After eight seasons of epic battles, power-mongering, and political intrigue, Game of Thrones has finally reached its conclusion, marking the end of the golden age of television.