TVTV Reviews/Recaps
February 1, 2016
By: Jen Stayrook
GALAVANT - "Battle of the Three Armies" - In their war against Valencia, all hope seems lost for Isabella and the people of Hortensia until Galavant arrives with his zombie army. Meanwhile, Gareth abandons Madalena after he realizes that she betrayed him and is learning (and using) the Dark Dark Evil Way on "Galavant," airing SUNDAY, JANUARY 31 (8:00--8:30 p.m. EST) on the ABC Television Network. (ABC/Nick Ray) KAREN DAVID, TIMOTHY OMUNDSON, JOSHUA SASSE

Spoilers for the season 2 finale of Galavant. Obviously.

“When you presume, you make a pres out of you and me.”

Look, I’ll just go ahead and say it: I’m incredibly sad Galavant is over for the season. It came and went in the blink of a dragon eye and all I want to do is share my pain with the world by quoting this hilariously meta and ridiculous show for weeks to come.

But we’re all big kids here, so let’s talk about all the things that went down Galavant’s season two finale. Three kingdoms are at war at the start of the final two episodes: Valencia, Hortensia, and… uhm… Galavant’s Undeadencia. At the head of Valencia’s army are Madalena, Gareth, and the Wedding Planning Wizard. Gareth wants to go in with the troops and get his manly hands dirty but Madalena is all, “Well, uhm, you see we built this viewing area…” And she breaks his heart by betraying her promise to not use dark magic.

You have to hand it to the writers, as much as I ADORE Madalena (second only to Richard), I didn’t think I’d ever ship her with anyone. And then Gareth gave her a pair of ears and I was smitten. Their romance was so over-the-top and absurd and yet, somehow so believable that it’s been the best romantic relationship on the show. I never thought I’d be so upset over the bad guys breaking up, but there it is. 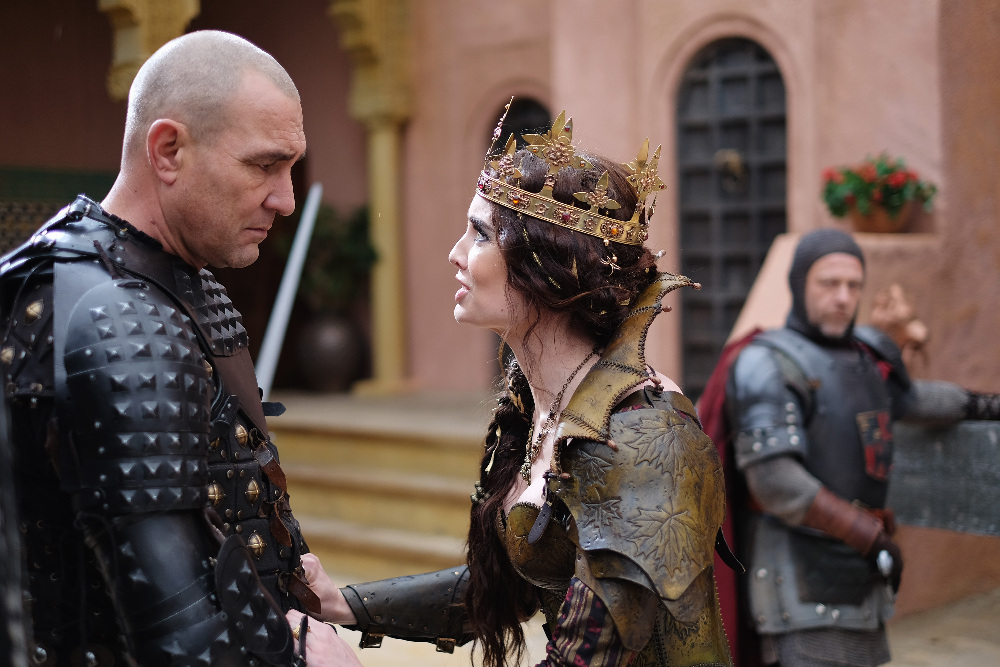 On the Hortensia side of things, Jester gives us a recap and it’s beautiful! My goodness I love the Galavant theme and I almost wish they’d use it every episode, but I can understand that most people aren’t as obsessive as I am and don’t listen to a catchy song 54 times in a row. Those people are weird. AHEM. Anyway, Isabella gives a rousing speech and leads her peasants into battle. Her story has probably been the worst of the season, but the last few episodes they’ve finally returned to her strength and holy hobbit leg if she doesn’t look amazing in that armor. And all those Lord of the Rings references!

In the middle of the battle on top of poor Chef’s house, Isabella and Galavant are reunited and they reprise “World’s Best Kiss” a few more times and I’m okay with that, because goodness does Alan Menken know how to write a catchy love song. They profess their love of brown farts and make promises to get married by the sea or something, blah blah blah.

It’s all very sweet watching them get married by Weird Al, but the real star of the finale was Richard.

Let me be perfectly clear: without Timothy Omundson, there is no Galavant. He steals every single scene, has perfect comedic timing, and he SUPER believed in Tad Cooper. If that doesn’t tickle your tail bone, I don’t know what to do with you. Not only does Richard slay the dark, dark evil wizard, he saves the girl from the dreaded Spinster Island, and becomes the One True King. It’s all cliché and silly but I don’t care because Richard is love. And he has a dragon. 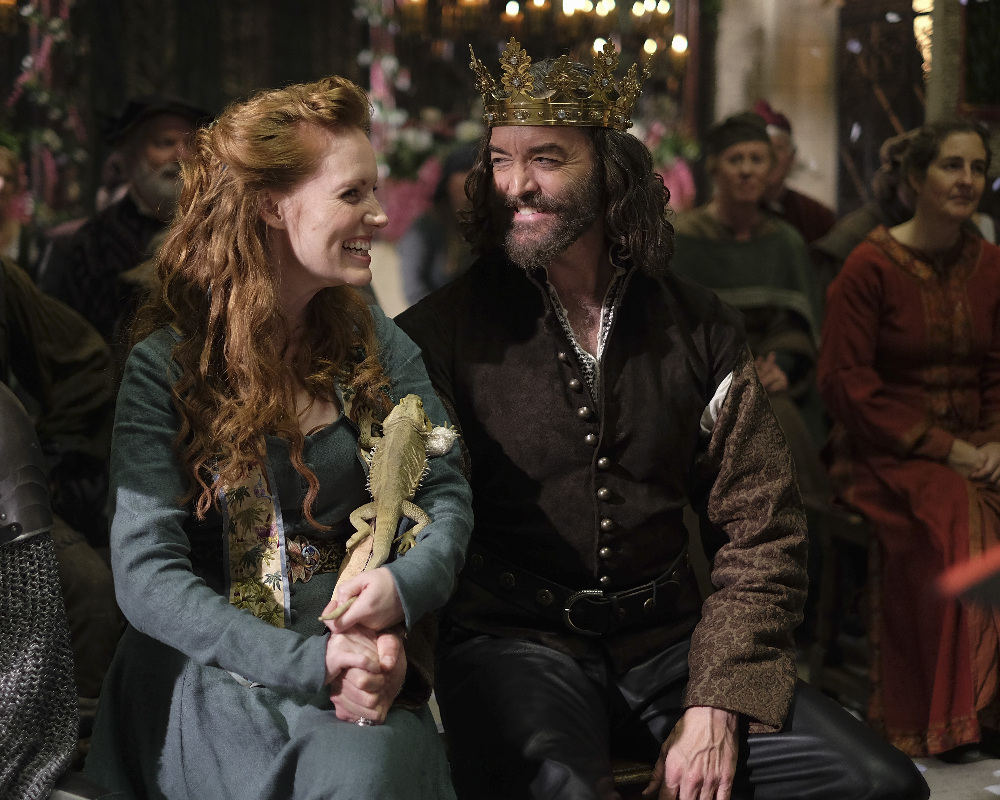 As distraught as I am that the show is over, if it ends here with only two seasons, I’ll be happy. Unlike last season, it closed with a satisfying ending for most of the characters. They are all off doing what they love and at the end of the day, I’d much rather have that than trying to pigeonhole this utterly ridiculous show into being something it’s not for the sake of ratings.

Galavant, thank you for the laughs, the ear worms, and most importantly, for Tad Cooper.

If you still haven’t watched Galavant, you’re dead to me until you do. Get on it.

Previous article
‘The 100’: Is Lincoln Going to Die?
Next article
Power Ranking The Best 10 Songs on ‘Galavant’